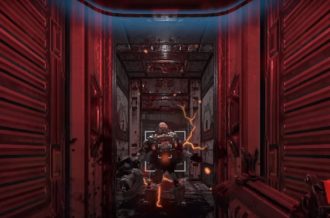 Terraforming – allowing players to manipulate the game’s terrain – is rarely used in video games, and when it is it’s poorly implemented and severely limited. Son of Nor is an Early Access title with high ambitions. Not only does it allow for terraforming, it imbues its lead character with telekinetic powers as well. The terraforming seems incredibly fitting for the game since it takes place in a sandy wasteland. Making the sand do your bidding is interesting, but thankfully there is more to Son of Nor than that.

First it’s worth explaining a tiny portion of the story. Everything begins with a race of humans who once shared the world with a reptilian species. As time progressed, the reptiles became dominant and enslaved (eventually killing off) most people. The few remaining humans have sequestered themselves in The Edge, a town situated within a vast desert. Unfortunately for these people, the enemy has arrived and is trying to destroy the last of their civilization. 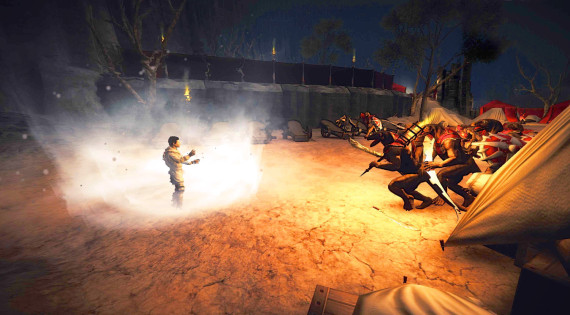 Goddess Nor has chosen you to be the savior of humanity, and as such has granted you a handful of powers. One of these is the aforementioned terraforming. Thanks to the desert landscape players can mold and shift sand to their liking. This is restricted to certain kinds of sand, but you can find great stretches of it in the levels. You’re also able to throw rocks (and enemies) with your mind. In a pinch you can send out a psychic shock-wave to stun your foes. So far Son of Nor’s combat seems fairly clunky, but fights are relatively uncommon.

The game’s main focus is on adventuring through the landscape and solving puzzles. These puzzles often require that you manipulate objects in the environment. There are a good deal of puzzle types ,but some are more fun than others. For example, one tasks you with fixing a disjointed maze to allow an object to pass through it, but iffy camera controls and a nearby bottomless pit make it needlessly precarious. Other puzzles, such as raising and lowering sand to avoid laser traps, are enjoyable in their uniqueness.

Developer Stillalive Studios is using Early Access primarily to iron out glitches and glean feedback about puzzles. While this means problematic glitches might be ironed out, the game could still be underwhelming for more fundamental reasons. The graphics don’t look tremendously impressive but are still serviceable. At the moment cutscenes are unfinished, but it’s honestly a little cool to watch the storyboard panels instead. 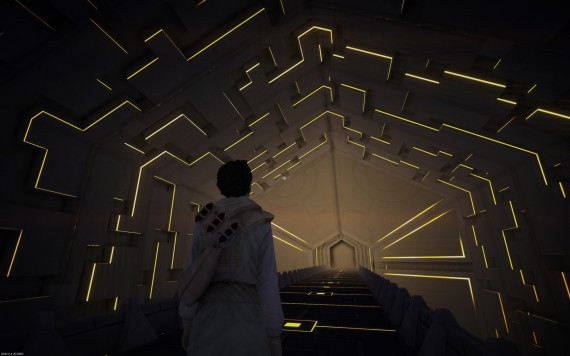 The game supposedly offers online and local multiplayer. You should be able to play online with four players while there’s only room for two in local co-op. I say “should” because I was unable to get into an online game at the time of this writing. This is despite coordinating with a friend who has the game as well! If you want to test this out yourself, right now it’s definitely worth bringing a friend along, because the current community is quite small.

Puzzle diehards might enjoy Son of Nor in its current state thanks to the unique dynamics of terraforming and telekinesis. Puzzles are varied enough to keep things fresh, even if a few are annoying. Everyone else might want to wait for further polish. There are some great ideas at play in Son of Nor, but they need more work to be engaging and cohesive.