Every now and then, something comes out that is so bad it is great. Sharknado. Rebecca Black’s Friday. Madonna’s face. Something so hilariously bad that instead of just ignoring it you just need to call all of your friends around to gawk at the abomination. Don’t do this with The Letter. The Letter isn’t so bad it’s great, it’s so bad that it is just really, really bad. It goes so far down the bad end of the spectrum that it hops off the chart and lands somewhere in the realm of sadness and nightmares. As such, my review could have consisted of a single word: “no.” Because that is all the game deserves. If someone is arguing with you that the lizard people are controlling your mind with their space volcanos and that teeth are actually little people trapped in your mouth, you would be well within your rights to just say, “No” and walk away. Anything more would give their insane rambling more dignity than it deserves. And I feel the same way about The Letter. My time would be better spent staring at the wall or trying to teach a sofa English than dissecting its artistic merit because it has none. Its “gameplay” has you going around five areas and finding a total of six objects. You slowly walk around the area. You slowly try to find the only poorly animated object you are looking for amidst a smattering of other poorly animated objects. You try not to fall asleep. If you manage to stay awake through the entire game, you are suffering from some sort of adrenal gland disorder and probably haven’t slept in weeks.

For those of you unfamiliar with The Letter: good. Leave now. Do not dip your toe in this cesspool. Pretend it never existed, and the world will be a happier place for it. Those of you that are familiar with it probably just came here to laugh at it. Or you were one of the twenty one people that shouldn’t be allowed near money ever again and you pledged to the game’s Indiegogo campaign. Here is something truly depressing: three people paid fifty dollars to have their face put in this game. This isn’t something you pay fifty dollars for; this is a punishment doled out by a cruel judge. They got their campaign all wrong. It would have been a better idea to round up photos of people on Facebook and threaten that if they didn’t pay you $50 you would put their face in your terrible game. I guarantee funding would’ve been better.

I would warn you that I am about to spoil the story, but there comes a point where something is so bad you are incapable of spoiling it any further. You wouldn’t ruin spoiled milk by spitting in it and you can’t ruin a story this bad by telling people about it. You can only ruin their day. You start off in a dark room with nothing but a flashlight and the words “find the letter” written on the wall. So I turn slightly to my right and notice a huge, glowing letter in the corner of the room. I have no idea where they found the glowing paper to write on or why the paper lights up the room better than my flashlight or why I don’t just carry the paper around at this point, but whatever mission accomplished. The letter is from your father’s secret diary that he has signed and has the heading “HIDDEN LETTER 1” because whenever I hide my most secret thoughts from someone I am sure to label and sign it just in case someone else finds it and is confused. And, judging from the content in the letter, what your father is really hiding is an undiagnosed head injury because the thing reads like it was written by a toddler that just discovered you can arrange words in a sentence and give them meaning. 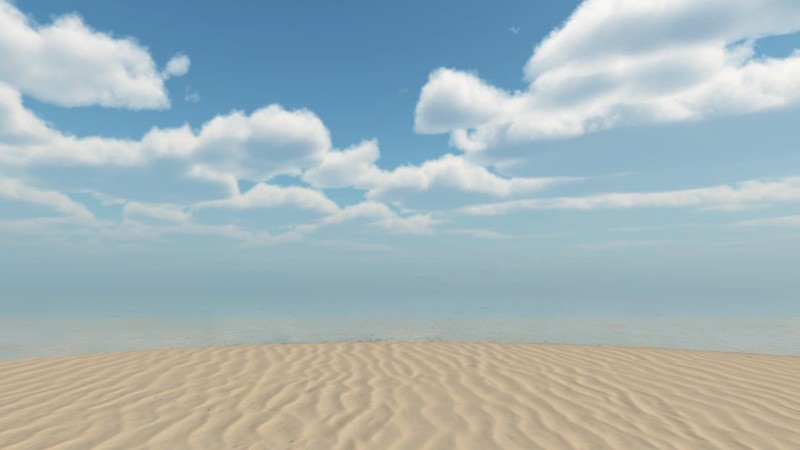 So I try to leave the room, but the door is all like “no” and the character is too stupid to figure out how doorknobs work. Next to the door someone has scrawled the words “find the letter open me” because if you are dumb enough to buy this game the developers figured you would need at least two indications of what you have to do. I go back and try and pick up the letter with the pick up button, but my character can’t possibly deduce what I am trying to tell him and he just stares at the letter. I try jumping on it, because whenever I find stuff in real life I jump on it to mark it as found, but the game doesn’t share my logic. I go back to the door and plead with it to open. The thought has suddenly entered my mind that perhaps this game is actually cursed, and now I will be forced to sit in this same room with the terrible looping music for all of eternity. I turn around and see a ball endlessly rotating by itself on top of a shelf. The perspective of all the objects in this room are all wrong, and it is filled with weird blocky objects with textures that look like they are straight out of the Nintendo 64. The background music again loops to the part where you start hearing someone say “hello” in beat with the music, and I suddenly feel like I am in a bad night club for particularly evil spirits. I am stuck in this forsaken room for ten minutes. I think back and try to remember if I have desecrated any Indian burial grounds recently but nothing comes to mind. I don’t know what I am being punished for, but certainly I don’t deserve this.

And then I figure it out and realize I am not trapped in a cursed game, but simply playing something so genuinely awful that it just feels like it. Turns out “hidden glowing letter labeled hidden letter” was not the letter I was supposed to be finding at all. There is a second letter on the desk that I didn’t bother to look at as I erroneously figured I had already found the letter. You are then allowed to leave the room and some text flashes up on screen telling you that your father is missing and he knew something bad was happening at his work site. The letter contains the following warning: “All I can say for your journey in life, do not trust anyone. Also promise me this, never, I mean ever go near our job site, you will not survive…”

They say that if you gave an infinite amount of monkeys an infinite amount of time, they would eventually reproduce the entire works of Shakespeare. If you gave one monkey only an afternoon, I promise you the monkey would construct a better sentence than either of those two. If a monkey did write that, it would look at the paper, shake its head in disgust and immediately toss the paper in the trash because even a monkey would hold itself to higher standards than that. I’m not entirely sure the “author” here understands how commas work, they think they can continue any sentence for as long as they want if they throw another one in, this is obviously wrong, you can’t just do this, this game is bad, why can’t I smile anymore? You then go through two more small areas finding an object or two before making your way to a medical building where…uh…you suddenly wake up on an island and realize it was all just a dream. 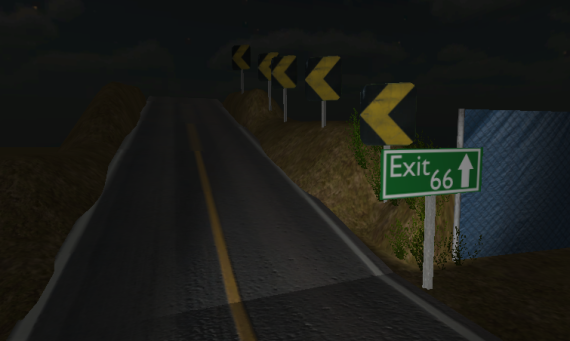 First off, this kid is having dreams about dead parents that involve him finding dirty syringes and knives. I feel like if you are giving your child the “will you grow up to be a serial killer test” and check that box off, the form suggests you immediately skip to question 17D, and 17D just says “RUN IT IS ALREADY TOO LATE DON’T LOOK BACK DON’T LOOK BACK THAT SCREAMING YOU HEAR IS JUST YOUR OWN.” Secondly, holy hell this plot twist is more terrifying than the actual game. You find a note saying that your parents thought you were sleeping too soundly (at the edge of the ocean, mind you) and that they didn’t want to wake you when they went back to the mainland to get supplies for lunch. Dead parents are better parents than these parents. You can’t leave your kid alone on a deserted island so you can go back by yourself to the main island. Kids are so dumb they put pictures on the side of buckets showing you not to fill them with water because your idiot kid will drown in it, but these two thought it was a good idea to leave him next to an ocean when they went back to get supplies. I hope one of the supplies they are bringing back is a child sized coffin, because nothing puts a damper on lunch like a corpse floating ten feet away from you. Your doctors will ask you about this scenario specifically after you have kids to see if you are fit to take them home or not, and if you answered that you thought this was a good idea then it doesn’t matter anyway because your kid is already dead after you tried to shove it in the vending machine.

And…that’s it. I have literally described the entire game to you. You walk around a couple of areas finding objects until the game tells you it was all just a dream, and I would give anything if that was really true. This is a look and find adventure designed by an mad pagan god to punish us for not delivering enough sacrifices last midsummer’s eve. Actual developers with actual talent spend time creating something with actual merit and thought, and those kind of things deserve reviews. This does not fall into that category. No one could have thought this was good. Whoever made this had to have known it was terrible and released it any way because they like the sound of children crying. If they had put effort into making an actual game, I would’ve given it an actual review. All this deserves, all it has earned, is mockery and disdain. 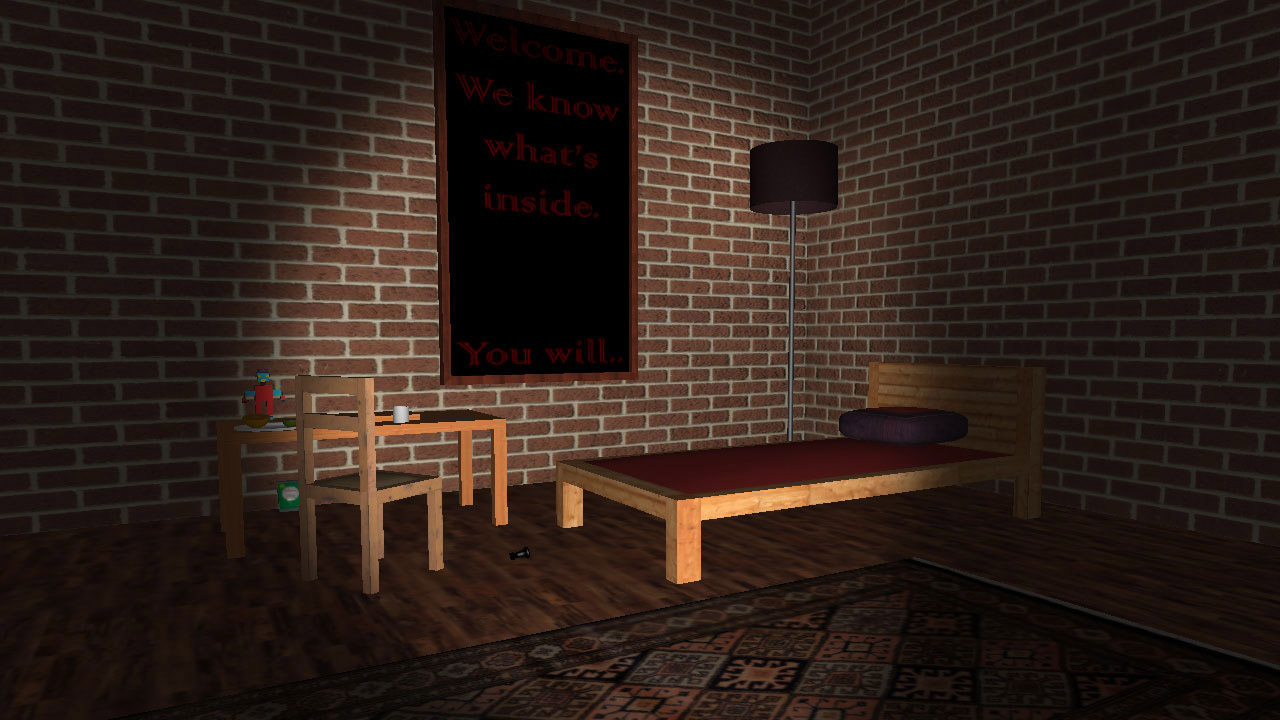 The Letter isn’t a game. You can’t smear ketchup across a diaper and call it food, you can’t put your iPhone on record and drop it in a toilet and call it a movie, and you can’t mash your head across the keyboard for five minutes and publish it on the Nintendo eShop and call it a game. This is a mistake; this has to be a mistake. No one intentionally made this. I refuse to believe someone intentionally let this loose on the public. The only explanation is someone at Nintendo wanted to check the quality control testers for the Nintendo eShop and an entire department is about to lose their jobs. The video from The Ring that killed everyone who watched it is a better movie than The Letter is a game because at least that had the decency to murder you after it was done ruining your life. Don’t buy this. Don’t show this to friends as a joke. Don’t even say its name out loud. This is the game that shall not be named. This needs to die an unloved death on the Nintendo eShop purchased by absolutely no one.