When you ask someone what the best multiplayer game is, you’re bound to get some similar answers. Some would say Smash Bros., others Rock Band, but the results are generally pretty homogenized. Over the years some games have put truly unique spins on multiplayer, but such innovations are often overlooked for compelling single-player. These games might not loudly announce their party potential, but they provide plenty of fun between packed Halo matches. 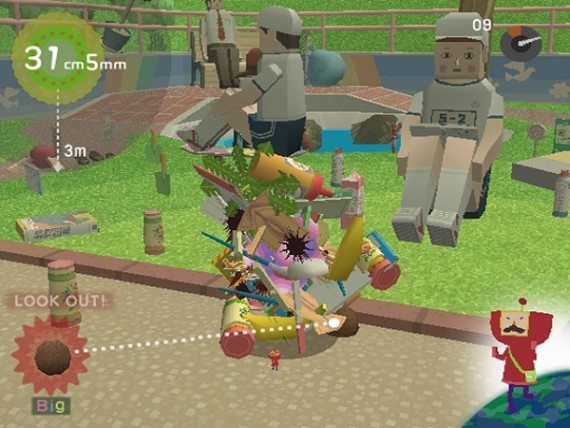 Katamari Damacy should’ve never succeeded outside of Japan, but thanks to bottomless charm and an addictive rolling mechanic, the game was successful enough to earn a sequel. We Love Katamari didn’t just expand upon the power fantasy of destroying a planet with a giant gravity ball, it used that power to make an infinitely improved competitive multiplayer mode. While the first Katamari Damacy had restrictive, arena-focused showdowns, the second game in the series completely realized the destructive whimsy of competing against a friend in who can drive humanity to extinction the fastest. We Love Katamari’s split-screen mode tears down the walls of its predecessor, letting both players decimate the earth and gather fuel for stars. You’re not just picking up random floating items in a mushroom dome; here, the world is your arena. Humans, buildings, Kaiju… it’s all yours for the rolling. 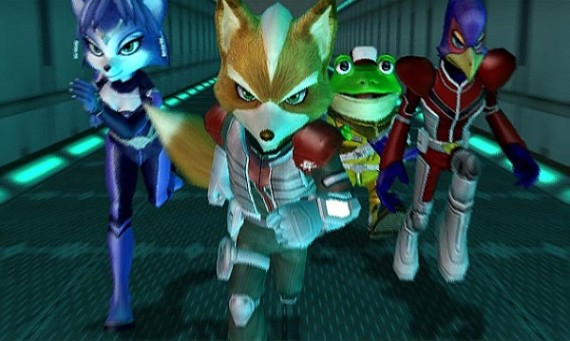 After the controversial Rare-developed Star Fox Adventures, Nintendo enlisted Namco to help them with the next installment in the series. Star Fox Assault returned the space-shooting excitement of Star Fox 64, but it also introduced some fresh on-foot and in-tank mechanics to the mix. Its campaign was forgettable, but as a multiplayer shooter on Gamecube, Star Fox Assault was crazy fun. The use of the three different transport methods allowed for players to change up battles on the fly. You could shoot down an Arwing on foot or blast a Landmaster from the air, with diverse weapons and power-ups keeping battles interesting round after round. A spicy blend of tradition and innovation makes Star Fox Assault a real treat. 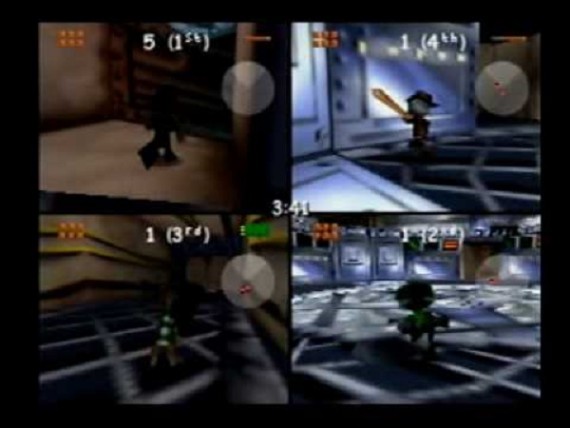 Conker’s Bad Fur Day is mostly known for its hard-R humor juxtaposed with a deceptively innocent aesthetic (and for having one of the most memorable musical moments in gaming history), but it also had an edgy and surprisingly comprehensive multiplayer suite. The multiplayer allowed up to four players to compete in third person shooting, delivery missions, and vehicle challenges from the campaign. You could steal dinosaur eggs (or defend them as the dinosaur), battle friends in tanks while snagging chemical weaponry, or just decapitate your foes in Deathmatch. Conker’s Bad Fur Day was a visceral, bloody blast, but it was replaced with a boring, class-based shooter in the Xbox remake Conker: Live and Reloaded. Why? We don’t know, but it makes the original Nintendo 64 version the ideal choice if you’re looking for party gaming at its most scatological. 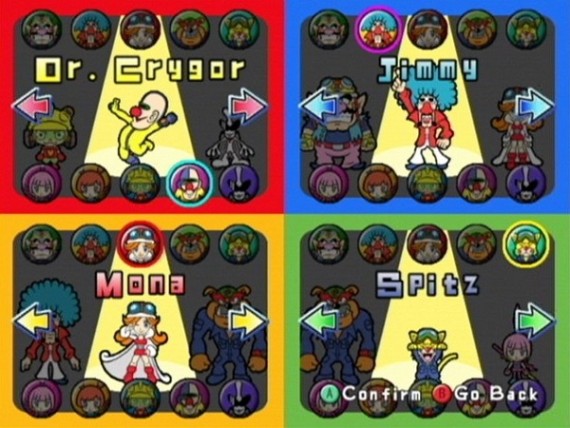 WarioWare, Inc.: Mega Microgame$! blew everyone’s minds when it released on the Game Boy Advance. It was ADD on a cartridge, with hundreds of 2-second games queued up in quick, rapid-fire succession. Eager to keep this new franchise’s momentum going, Satoru Iwata pushed the dev team to remake the game for the Gamecube, with a heavy focus on multiplayer. WarioWare, Inc.: Mega Party Game$! introduced new multiplayer-centric microgames, as well as modes like “Wario’s Outta My Way,” which saw one player completing a microgame while the other players use their avatars block their view of the screen. Party Game$! was praised upon release, but fell into obscurity after the successful DS and Wii installments of the series hit store shelves. As a way to bring the insane fun of the GBA game into your family room, Mega Party Game$! did a lot with very little dev time. 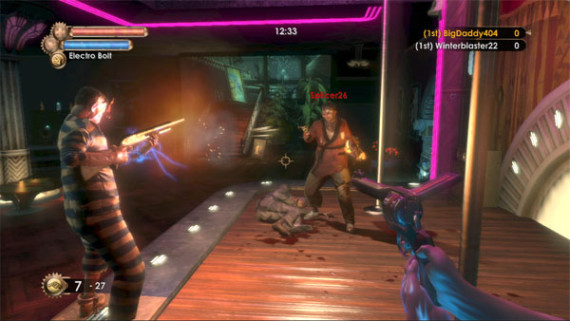 In addition to being a wholly unnecessary sequel to a critical darling, Bioshock 2 committed one of the most infamous of sequel sins: shoehorned-in multiplayer…or did it? Despite having a boring story and no meaningful gameplay enhancements, Bioshock 2 came packaged with a perk-focused, action-packed multiplayer mode that was surprisingly fun. Players took the role of Rapture inhabitants fighting to test plasmids and tonics from Sinclair Solutions. The game’s use of Bioshock‘s signature weapons and powers was astonishingly focused, and made for frantic shootouts. Emergent combat was a driving force of the original game, and here hazards like pools of water and oil slicks (which can be used with plasmids just like in the campaign) make the arenas feel multifaceted. You can also take photos of downed enemies to research their weaknesses, which gives the multiplayer a sense of progression. It’s all capped off with the Big Daddy Suit, the game’s equivalent of the Smash Ball. Bioshock 2’s multiplayer should’ve never been enjoyable, but it turned out to be one of the best parts of an otherwise middling game.

Any other underrated multiplayer modes worth noting? Share your thoughts in the comments!