This morning’s news about the PC, last-gen, and current-generation remake of Resident Evil‘s GameCube REMake was exciting and yet underwhelming. The original Resident Evil’s GC remake was the standard by which all remakes were judged at the time. It raised the bar in a lot of ways, and along with Metal Gear Solid: Twin Snakes, showed that remakes of prior-gen games could be downright stunning when some care was put into them. Hot on the heals of the well-received REMake, Capcom responded by putting out minimally-improved versions of Resident Evil 2, 3 and Code Veronica on the platform. Following that, Resident Evil was remade once again for the DS as Resident Evil: Deadly Silence.

The original Resident Evil had a shockingly high amount of incarnations. The original was censored, so that gave way to an uncensored Director’s Cut. The dual shock controller was released a few years into the PS1’s lifespan, so then you had Resident Evil Director’s Cut: Dual Shock Edition. That brings the tally to three versions of a single game on its original hardware, and that was only the beginning. The REMake showed that the original game’s concept could be delivered in a visually-impressive way, and one would naturally expect any further remakes to top it. Enter Deadly Silence – a remake on a fairly low-spec platform in the DS. While it was a 2D powerhouse, much like the Saturn, its 3D efforts weren’t all that impressive for their time. Deadly Silence is no exception. 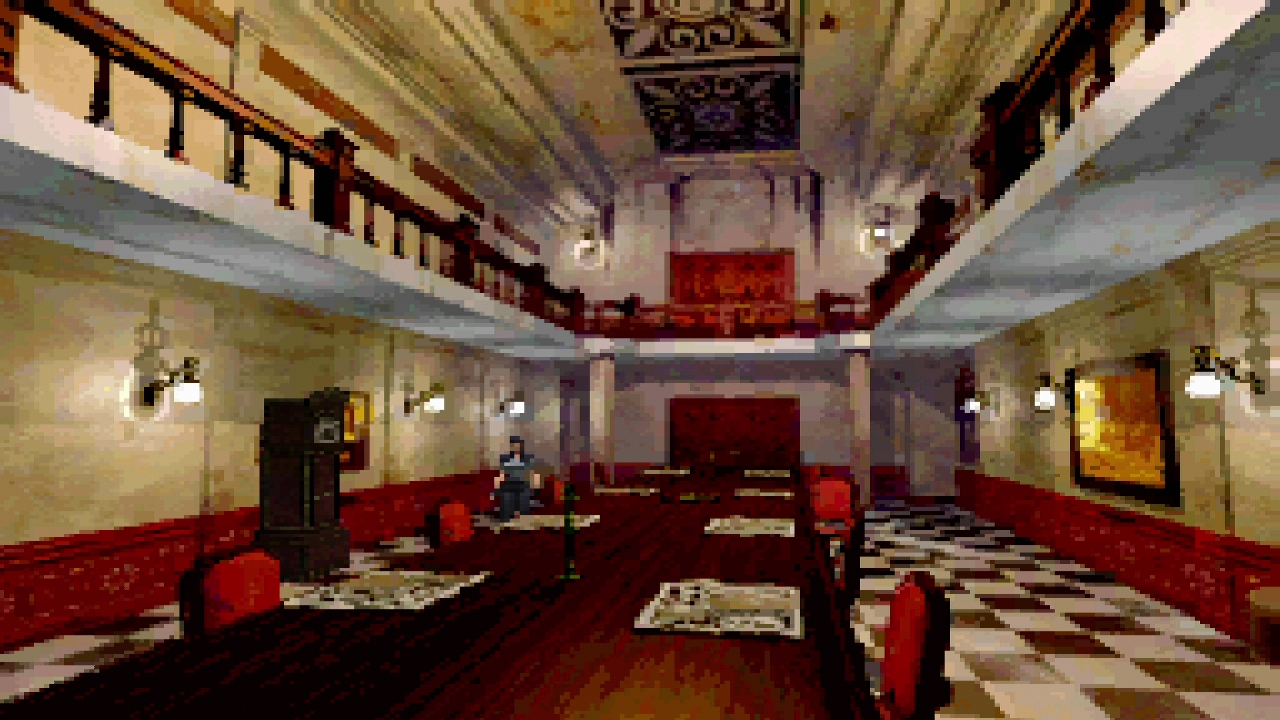 With the DS hardware being about on par with an N64 from a 3D gaming perspective, it was never going to be able to top the REMake, but going with a full-priced version of a downright ancient game at the time of release hardly seems like the best move. In theory, it was a bad value, but Capcom did add some content to the final product. Classic mode keeps things as they were before, but greatly reduces load times and features an always-present map for easier navigation on the top screen. Rebirth keeps those core improvements,  adds touch-based stabbing sections, and integrates the microphone to allow you to breathe into fallen allies to revive them. Rebirth is a less-frustrating version of the original game as it gives you more ammo and the stabbing areas add more action. For something that came out after the REMake, it gave the system a game on the DS as the expense of coming off as a bit of a cash-grab despite some improvements to the original.

One thing Deadly Silence and even the REMake had working against them were the less than ideal movement controls. Your movement was based on where you were in the world, not how you appeared in it on-screen, so it took some getting used to. For example, in the above section, you wouldn’t move with a down-left diagonal to get to the grandfather clock — you would have to press up and left to do so. Once you get used to the controls, you can work within their restrictions, but they never feel all that comfortable to use. The HD Remaster should benefit greatly from the more traditional control setup, and will allow more people to enjoy the game as the original setup isn’t for everyone.

As you can see here, the REMake gave up some color to create an atmosphere. The mansion looks far more dingy and scary here than it did before, and the dramatically-increased level of detail remains impressive to those day. While pre-rendered backdrops have their pros and cons, the Resident Evil series used them well and their inclusion in the REMake has allowed it to age very well compared to many games from that time frame. The REMake’s world looks lived-in, and the lighting strikes in the background don’t just make the game sound more terrifying, but also shine a line on the environment that you don’t really want. The mansion appears to have been abandoned for years and the bright light just shows how much it has rotted away. Everything seems to have a layer of dust on it, and it paints an even bleaker picture in your mind of what’s gone on here.

The HD Remaster uses the REMake as its base and adds some visual improvements. The characters and environments feature more detail, but the leap isn’t quite as jaw-dropping here as it was in 2002. The sixth generation-base shows quite clearly in the character models. While it’s unclear if the Remaster screens are running on seventh-gen, eighth-gen, or PC hardware, the character models could clearly be better. Sure, they’ve got some improvements when it comes to hair and overall detail, but all they’ve done is make things look a bit realistic with better textures. The plastic-looking skin sticks out terribly, and the lack of arm hair on Chris further adds to his action figure appearance. While it might make for a more authentic toy recreation, it makes for a fairly unimpressive character model. The biggest gains appear to be in the environments. Textures have been completely reworked, and you can now make out every rough spot in a carpet, and see intricate details on wallpaper. The REMake did its best there, but simply didn’t have the horsepower behind it to to show off all of those details.

The HD Remaster of the REMake is exciting news, but it’s hard to be over the moon about it given Capcom’s track record over the past few years. Hopefully it does well and it leads to the same treatment being given to Resident Evil 0 since it runs on the REMake’s engine, and then we finally get proper remakes of Resident Evil 2, 3, and maybe even Code Veronica since they’ve been re-released quite a bit, but never truly remade.

Capcom’s incredible back catalog is something they’ve gotten a lot of use out of before, and it’s something their fans have wanted them to dip into for quite a while now. The Capcom of the sixth-generation was a real highlight for the industry, as the REMake gave them momentum that carried on into the release of the Viewtiful Joe series and Killer 7 gave them a Grasshopper Manufacture game that gave SUDA51 his highest-profile release at that time. It was a creative renaissance for Capcom, and it culminated with the release of Resident Evil 4, which changed the RE series forever. Since then, the company has largely been in a holding pattern, but hopefully releasing another game from one of their peak periods will allow them to find the creative juices necessary to not just live off the past, but prosper in the future. 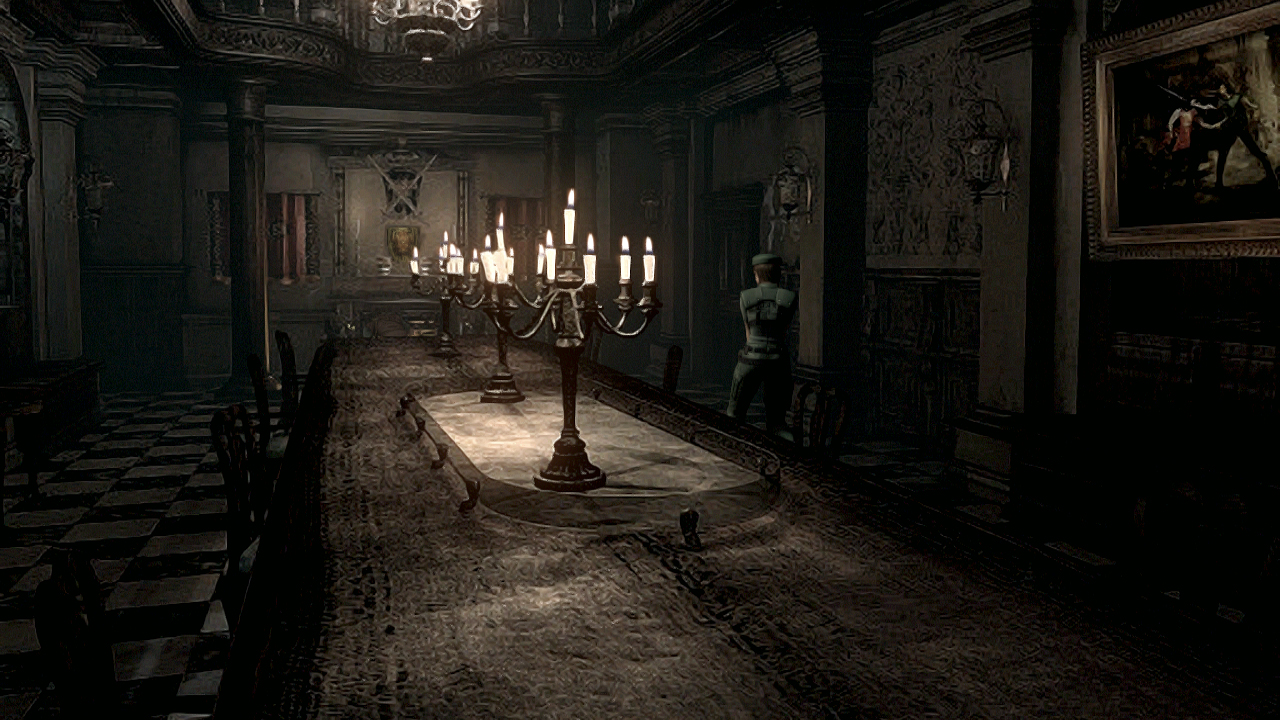