Remember when we said to stay on your toes because more information was coming? Well, it came quicker than expected. Along with the Mega Altaria and Lopunny announcement comes a few more details on special Pikachus, contests and another Mega Evolution.

Let’s start with what we all really care about, the newly announced Mega Salamence. They’re already pretty bulky, tough Dragon/Flying-type Pokémon. Attack and Speed are its highest stats and by the looks of the Mega form, those could drastically increase. It looks to be built for going mach speeds with it’s arms tucked in and gigantic boomerang-like wings. Aerilate is its new ability which turns every Normal-type attack into Flying and receives a significant power boost. 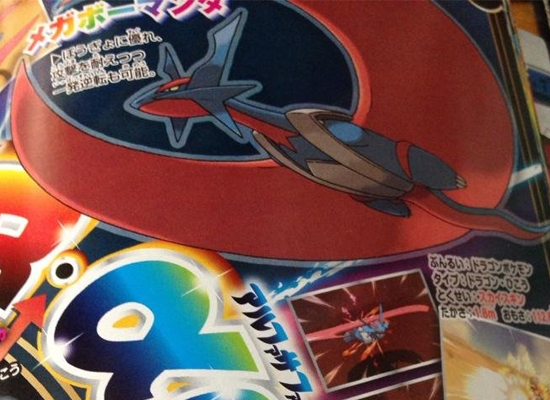 Some details on Pokémon Contests have been revealed. They haven’t made an appearance since Generation IV, but were a main attraction to the Generation III games. Having them back for the remake will feel like they never left. There’s a new character named Lucia who happens to be a Contest competitor. She’ll reward you with new items after you’ve participated in the contests. Along with her comes a bundle of dressed up Pikachus. They all have certain outfits on which grants them the use of a new attack. Depending on what clothing they’re wearing, they can learn Meteor Mash, Draining Kiss, Electric Terrain, Icicle Crash and Flying Press. It would make sense for this to only occur during the contests and contest battle portions of the competition. But based on some screenshots in CoroCoro, Pikachu is using its attack outdoors when all contests are held inside. We know Pikachu always receives special attention so it could end up being possible that it can permanently keep the clothing and attacks outside of contests. 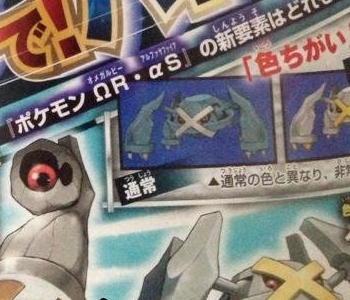 The last bit of news is a treat. It was shown in the magazine that there will be a special shiny Beldum event. It will be holding its Mega stone, so once it’s evolved into Metagross it’ll be ready. Now, at the moment there’s no indication of how or where to get a hold of Beldum, but it could be possible that you receive it within the game. In Ruby and Sapphire, there is only one Beldum in the game and the only way to obtain it is as a gift from Steven Stone. We can’t rule out event distributions, but it would be a nice callback to the old days.