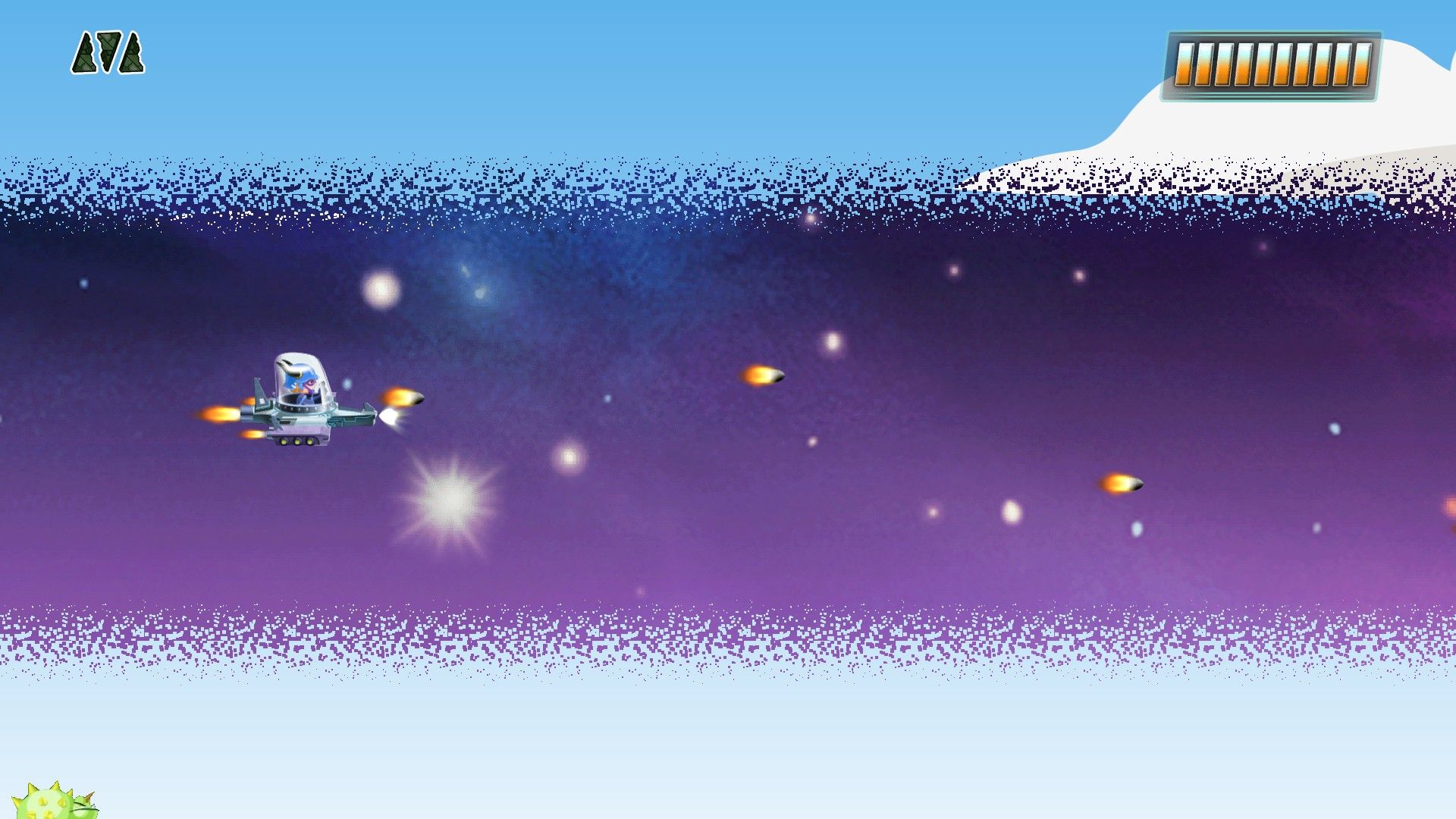 It’s hard enough for a game to execute one genre well, but when you have one that tries to do multiple genres and then sub-genres within those genres, the results can be disastrous. Luckily, Concursion isn’t that kind of game. Concursion starts off with a simple “evil dude captures the princess” setup and then transitions into a Mario-style head-bopping platformer. This makes perfect sense before things change again. Out of relatively nowhere, you’re in a 2D side-scrolling shoot-em-up stage. From there, you get a Strider-esque action-platformer, a button holding-based jetpack game, a Pac-Man clone, and zoomed-out versions of the platforming sections along with areas where you have to transition from one gameplay style to the next in rapid succession.

The Mario-style platformer has a different physics setup than the action-platformer, while the Pac-style sections and shooters control about as you would expect them to. Each gameplay style takes up its own dimension, and the key gimmick here is that each dimension can be playable at any time. Zoomed-out areas are also fairly plentiful, and are harder to control since the characters are so small and it’s hard to tell where they are in relation to the world. There are also sections where you’ll have to jump using the action-platformer physics into a Mario-style section, with proper execution allowing you to progress and failure resulting in a quick restart. Checkpoints are plentiful, and are a fantastic anti-frustration feature.  However, while the sub-genres work about how you would want them to, there are some control problems that hurt them from time to time. 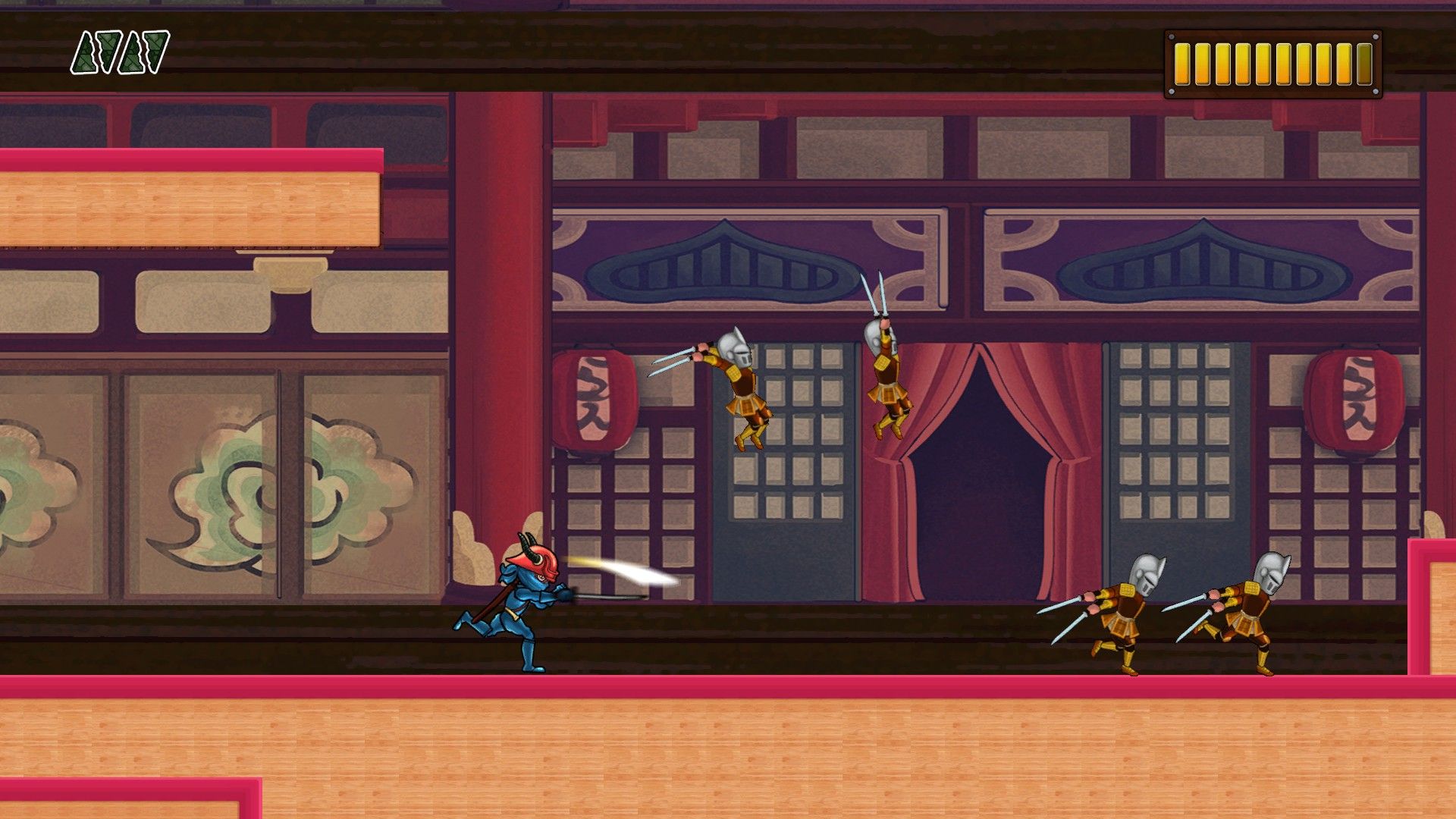 In the case of the head-bopping platformer, running never quite feels fast enough. In the action-platformer, aiming your blade works but isn’t smooth, and the Strider-influenced gameplay is a bit clunky. Shoot-em-up portions are slow-paced, while the Pac-Man portions have an odd control delay from time to time that will result in some needless deaths. The execution of the gameplay styles is done well overall, but some patching of the controls would really be helpful because they don’t feel as tight as they should be. It takes a game that would be an absolute must-buy if everything worked as it should into something that is a bit harder to recommend. It’s a shame too since it’s very clear that the devs love the genres they used in the game, but they just couldn’t quite make something that can holds its own with the leaders of their respective genres. It’s a highly-ambitious project with a reach that exceeds its grasp.

Each sub-section has some fun stuff in it that is unique, such as the shooter sections having objects go from one dimension to the other and turn into something else each time — including when you’ve got a giant laser beam bearing down on you. The Pac-Man portions aren’t just about chomping things though, as you need to do it in a particular order to unlock gates. Doing so properly gets you some extra gem shards that count towards your completion and net you a higher rating. You’ve also got a goal time to beat for each level, so if time attacks are your thing, you’ll enjoy this game a lot. Concursion is designed around replayability, and both speed and gem counts provide reasons to come back for more. 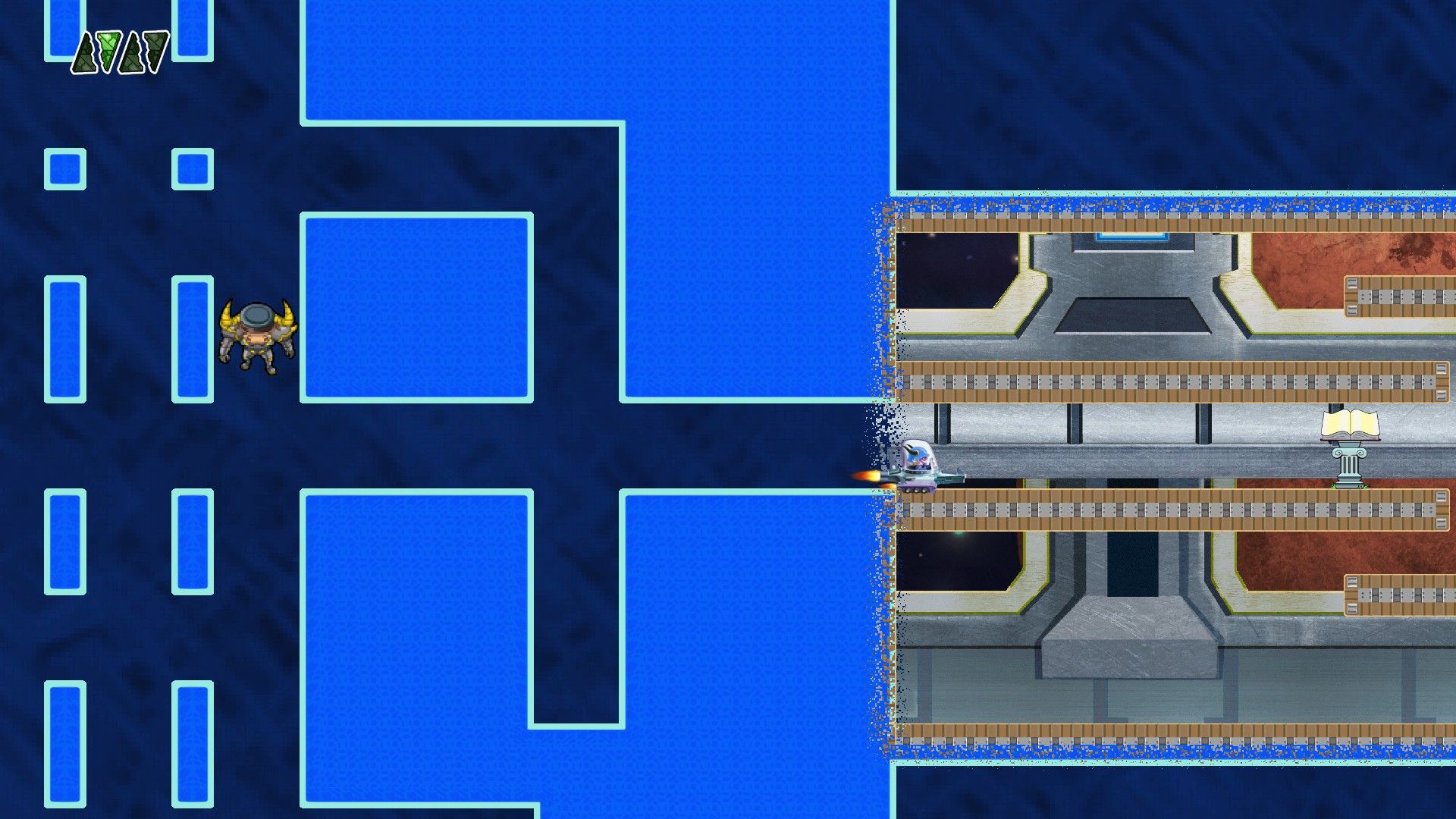 Visually, Concursion looks a less lively Cloudberry Kingdom. The visual style is reminiscent of a Flash cartoon brought to life, but with low-grade animation that hurts the presentation. Action-based attacks only have a few frames of animation, while the head-bopping platforming portions have slightly more. The shooting and jetpack sections are fairly smooth, while the Pac-ish portions look like they should. Concursion isn’t exactly an ugly game, but isn’t the most pleasing to look at either.

The sound design of Concursion is its most impressive part beyond the multi-genre gameplay integration. The chiptune soundtrack is enjoyable and comes from the composer behind House M.D., which is kind of amazing. The music is fairly catchy and hummable in the game, but not something that’s likely going to stick with you after playing it. The sound effect work is quite impressive as a whole. The aforementioned laser beam sound is haunting, and gives you a quick clue as to when to move out of the way and avoid damage. A low humming sound also clues you into gem shard locations, making them easier to find than they otherwise would be. Concursion‘s audio succeeds in just about every major way, and makes playing through the game more enjoyable than it otherwise would be.

While fans of 2D platformers will enjoy it, Concursion has rough edges when it comes to its slightly-unresponsive controls and overall gameplay smoothness. The cheap-looking graphics and forgettable soundtrack hurts things as well. A variety of score systems make it worth replaying, and hopefully the gameplay issues can be ironed out with some patches down the line. As it stands, you’ve got a good game that falls short of greatness.