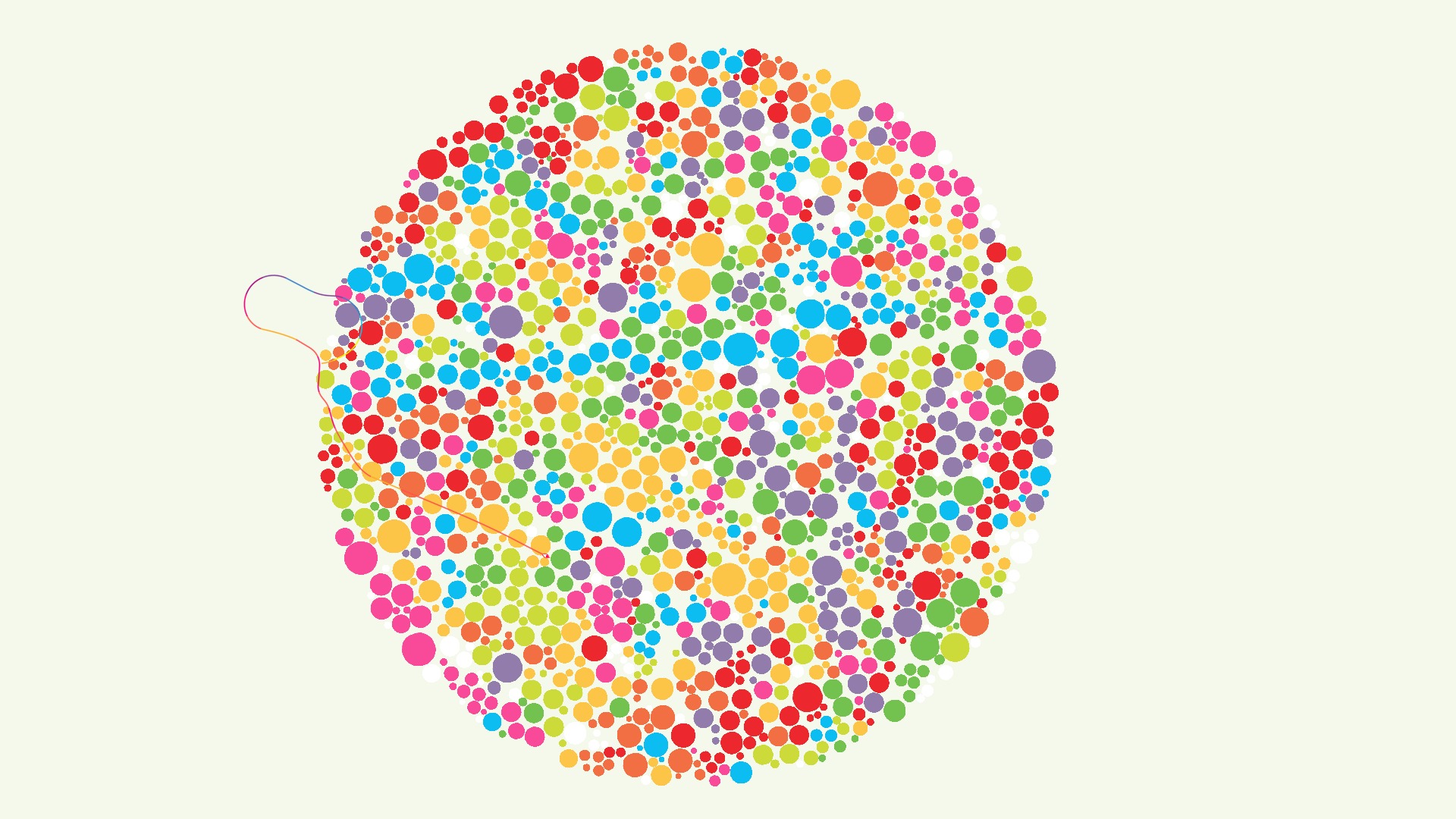 While it’s common knowledge that Sony Santa Monica created the renowned God of War series, its external development branch’s collaborative work seems to fly under the radar. When one takes into account the myriad of games that Sony Santa Monica has either collaborated on or incubated, its resume becomes fairly insane. This is a studio that assisted in the development of, among others: Journey, The Unfinished Swan, PixelJunk Shooter 1 and 2, flOW, Flower, Fat Princess, PlayStation All-Stars: Battle Royale and PixelJunk Monsters. The coming months will see the releases of The Order: 1886 and Everybody’s Gone to the Rapture, two more collaborative efforts. Hohokum is the latest game in this lineage, combining the efforts of independent studio Honeyslug, Richard Hogg, and, of course, Sony Santa Monica.

Hohokum is absolutely the playground it sets out to be; it’s essentially “Tongue-Face Emoticon: The Game.” Speaking metaphorically, every standard playground feature is there: the slide, the jungle gym, the monkey bars, the merry-go-round, the teeter-totter, and the swing-set. You’ll have your fun, shed a few smiles, and be in a mild state of bliss. It’ll provide the occasional joy that you’re looking for every now and again, but it lacks that “oomph” that takes it from playground to amusement park. Flower and Journey have clear emotional undertones; Proteus has an almost spiritual sense to it. Hohokum, while relaxing and amusing, falls firmly in the second tier of ambiguous art-heavy experiences.

Players take the role of the “Long Mover,” a strange snake-like creature with a single, symmetrical eye for its head. The Long Mover wiggles around the world, flying wherever the player sees fit. Changing direction alters the color of the worm-esque beast, a feature that’s neatly mirrored by a change in the color of the DualShock 4’s light bar. Pressing various buttons (which will remain a mystery for the sake of player experimentation) causes the bizarre creature to speed up, slow down, or boost-wiggle. Various objects and environmental elements react to the Long Mover’s touch, motivating players to see what aspects of each area they can manipulate. Perhaps some of the various creatures frolicking around a water park will hop on the back of the Long Mover. Lighting up a series of lamps might illuminate a larger set-piece on the screen. Bumping into a tiny mask could simply cause the utterance of a single musical note. It’s entirely up to the player to decide what he or she wants to do or not do. Hohokum can be everything or nothing at all.

Art and music play a major role in Hohokum; it’s meant to be both a sensory overload and hypnotizing lack of substance at the same time. It’ll make you bop your head, drift off to sleep, focus, and zone out. You’ll want to dance, lie down, raise an eyebrow, and drop your jaw. The art-style, which can best be described as 2-D Yo Gabba! Gabba! meets Sound Shapes, is far too strange and quirky to call “gorgeous.” It’s absolutely visually appealing, but standard terms for beauty don’t quite describe it accurately; it’s simply Hohokum. Its ecclectic electronica-heavy soundtrack is one of Hohokum‘s strongest features. A number of unique artists from Ghostly International’s stable contributed to the soundtrack (notably Com Truise, Tycho and Matthew Dear), giving Honeyslug and Sony Santa Monica’s insane title a nomination for the hypothetical “Best Video Game Music of 2014” award. Though Hohokum‘s is frequently aurally mesmerizing as a whole, it never peaks quite as high as, say, Transistor does with its flagship track “We All Become.”

Each of Hohokum‘s unique areas is unlocked from the get-go, meaning that it’s up to player to find (or not find) them. There’s an almost Fez-like quality to discovering new areas, as one might miss a new portal five times before eventually illuminating it. Every section has primary or secondary goals (or do they?) that cause the environment to change in major or subtle ways. The term “goal” is actually somewhat misleading, since players don’t ever need to participate in any of these activities. Describing these events, which feel almost like point-and-click adventure puzzles, in bland, objective terminology would instantly remove all of their charm. You don’t guide sea-creatures to a section of rusty water, coating them with sediment, before feeding them to a giant multi-mouthed anchor-fish. You give garbage fish to the Nom-Nom Monster. Submerging three waiters on the back of the Long Mover into a red body of liquid to fill trays of wine glasses isn’t what you’re actually doing. You’re dunking little tuxedo dudes into the booze river to make rich aliens dance. Hohokum is absolutely bizarre, there’s no use in hiding it.

Smaller goals, like finding and opening every hidden eye in an area can be just as rewarding as unlocking hidden Long Movers by triggering major events. Hohokum is meant to be your video game. There’s no fail condition, score counter, time limit, thing you should be doing, or true reason to stop playing. It’s whatever you want it to be. This is both the best part, and the fatal flaw of Hohokum. Trying to figure out what each area’s goals are can be exciting, but this can often remove the urge to simply be. Hohokum is supposed to be about freedom, but one can’t help wondering what it is he or she should do. It often feels trapped between game and experience, never truly picking, and sticking to, a single side. An obvious, overarching goal (a la Journey or Flower) would benefit Hohokum far more than randomly-placed ambiguous occurrences. Could this ruin its true purpose? Sure, but the understated sense of confusion it inspires picks away at the feelings of bliss it so clearly aims to create. Even though there’s no wrong way to play, it’s hard not to get the feeling that one isn’t doing what he or she is supposed to.

It should be noted that, as of this review, Hohokum‘s Cross-Save functionality is slightly broken. While the foundation of a completely autonomous, Rogue Legacy–quality system is in place, an unfortunate bug will cause players with both a home console and a Vita some frustration. Problems arise when one uses the popular stand-by functionality that allows players to simply pick up where they left off at any given time. Hohokum seems to recognize this sleep state as a complete sign-out of the PlayStation Network, even if one resumes playing. Though turning the Vita back on signs players back into the PSN, Hohokum will continue to display a message stating Cross-Save is not functioning at every save point. To fix this issue, players have to close Hohokum, sign out of the PSN (or reset their Vita’s Wi-Fi connection), sign back in, and restart the game. This unfortunate problem makes switching back and forth between Hohokum‘s console and handheld versions a burden, making Cross-Buy largely irrelevant in this case.

Perhaps confusion is the ultimate goal of Hohokum, or maybe it’s to simply see something unlike anything else in the gaming space. Is it supposed to elate us, or be the last thing we do before drifting off into slumber? It’s unclear whether or not the developers accomplished their goals, but does it truly matter? Hohokum is a charming, unique experience that often feels as though it doesn’t stick to its guns. There are no answers to the myriad of questions that arise while playing this sensory manipulator, for better and for worse. The best ambiguous gaming experiences allow players to answer their own questions in any number of ways. There is a special something that brings specificity to the vagueness. In the end, Hohokum often seems content with simply being strange rather than evolving into something transcendent. 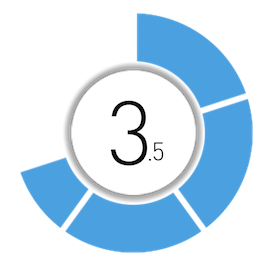