If there’s one thing that we need more of, it’s pirate RPGs. The Risen series seems to fill that void by offering open world adventures filled with mystery and loot. Finding yourself lost in the vast world Risen 3 is not a hard thing to do as Piranha Bytes has crafted a sizable RPG worthy of attention. Who doesn’t want to take to the open seas and find unsuspecting chests of gold, not to mention battle through a supernatural storyline? While the second entry was a bit of a disappointment, surely third time’s a charm, right?

The story of Titan Lords follows the rather brash and hotheaded son of Steelbeard, one of the fiercest pirate captains known in Piranha Bytes’ universe. On a trip to Crab Cove to find some hidden treasure, as a pirate would do, the protagonist finds a demon portal and is inevitably killed in an awkwardly quick manner. Fortunately, not even death can hold onto Steelbeard’s son as he’s resurrected, but without a spirit. This causes him to go on a long adventure to reclaim who he was, and along the way recover his ship, find a new crew and close the portals that are now scattered across the various islands. Unfortunately, while the story itself sounds intriguing, it never finds its footing. Take into account that the script and voice acting, while plentiful, are cringe worthy, this becomes a far less immersive story than it should be. 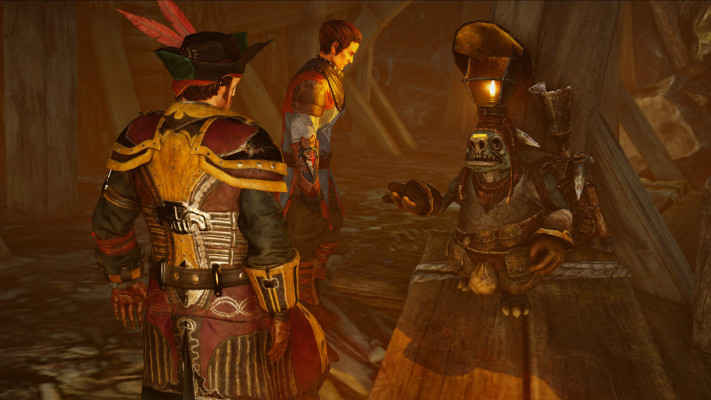 Risen 3’s world is surprisingly massive, mainly for its overwhelming number of side quests. Almost everyone in this world seems to have some sort of issue they need help with, and because of this, backtracking, sidetracking and exploring the islands over and over again will come into play more times than necessary. The tropical vegetation runs rampant in Risen 3, offering some strikingly beautiful areas. It never really gets dull, even if it’s spread similar across the seven or so islands. What’s not too pleasing are the invisible walls. While not traditional invisible walls, they deliver the same effect as swimming in certain areas will teleport the hero back closer to land, even if you want to venture forward. It’s understandable that the developers don’t want the player to find areas that shouldn’t be accessed yet, but I’ve found myself stuck multiple times where I was forced to teleport back to the ship only because I couldn’t move two feet without being moved back to the same spot. The map system is also a bit inconvenient as the list of quests is not only awkwardly organized, but selecting waypoints is a pain in the behind. It’s even worse that players have to cycle through the hierarchy of quests in order to know where to go, instead of updating everything as a whole.

Combat is hit or miss. On one hand, magical weapons and attacks are enjoyable to use, but when it comes down to the core structure, Risen 3 falls apart. For one, targeting enemies is absolutely atrocious. I lost count of the number of times I accidentally struck an NPC or an enemy that wasn’t even in the fight. The general combat of blocking, dodging and attacking feels very clunky, especially with the overemphasized striking animations. It doesn’t help that enemies also have the ability to jump fifteen feet to hit the player, making it hard to gauge when the best time to roll out of the way is. Artificial intelligence is also something to worry about as having another party member is vital, but their assistance in battle can be either drawing the attention of a group of enemies, or standing around doing nothing. 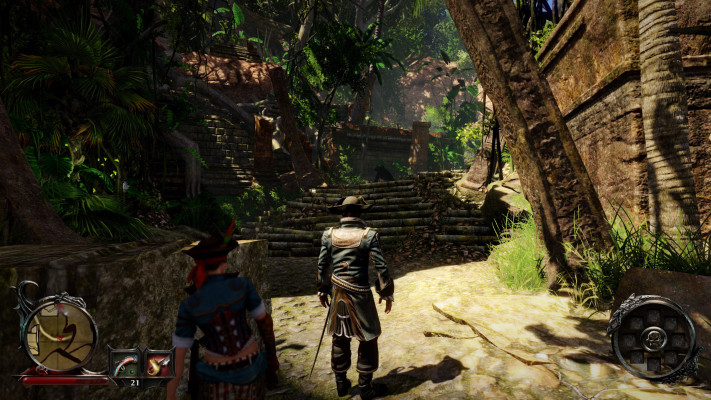 What Risen 3 does right is gives various different play styles. There are three different factions that the player has to choose from: Voodoo Pirate, Crystal Mage or Demon Hunter. As these may suggest, Demon Hunters are more melee based with a touch of destructible magic, Crystal Mages are elemental casters, and Voodoo Pirates have more nature-based abilities. Each class plays differently, so I do wish the developers would have given us a little more of a taste of their powers before choosing. There are some consumables found throughout the land that will demonstrate a similar effect to what they offer, but none of which will really help with the preparation for what the player will have to get used to for the next thirty hours. This all ties into the RPG elements of gaining Glory to level up, and min-maxing specific attributes, such as melee, intimidation for talking to NPCs, magic, and various others.

As a game about a fierce captain collecting various pirates to fill his ship with, it’s confusing why players are only allowed to bring one other along with in their journey. This eliminates any need for team management, which is disappointing as rolling with a crew of pirates sounds incredibly appealing. Why a party of three is too much for a pirate is beyond me. What’s worse is that the majority of the cast of characters are uninteresting. There are a couple of standout individuals who will have something comical to say during certain situations, but otherwise, their quests and personalities feel lifeless. There’s no real connection to any of them, either, with the exception be to the hero’s rather revealing pirate sister. 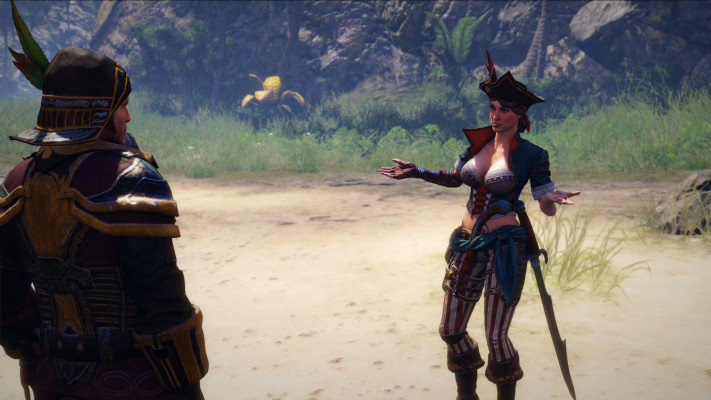 Risen 3: Titan Lords is a clunky mess of a game that fails to capitalize on the potential it has put forth. While the concept sounds alluring, and it’s chock-full of charm, it’s weighed down by stodgy design and a lack of polish. While the visuals do have a certain shine to them in areas, especially the vegetation and bodies of water that give off beautiful colors, the stiff gameplay will irk players. It doesn’t help that the voice acting and script are horrid, and the story is nowhere near as compelling as it leads itself on to be. Risen 3: Titan Lords may not be a complete shipwreck, but it’d be better left in Davy Jones’ Locker.