The latest Pokémon Mega Evolution was revealed today, and surprise, it’s a new Slowbro. Mega Slowbro is a water and psychic-type Pokemon who is one of two evolved forms of Slowpoke, the other being Slowking. When Slowbro Mega Evolves into Mega Slowbro, its energy gathers in the Shellder clamped onto its tail. As a result, the hardness of its shell is boosted, making its armor incredibly strong. In battle, Mega Slowbro balances on its tail, wearing Shellder as an impenetrable armor over its body. He’s also a crime against humanity who should be immediately killed with fire to put out of his suffering.

Slowbro has long been one of Pokémon’s cruelest creations: 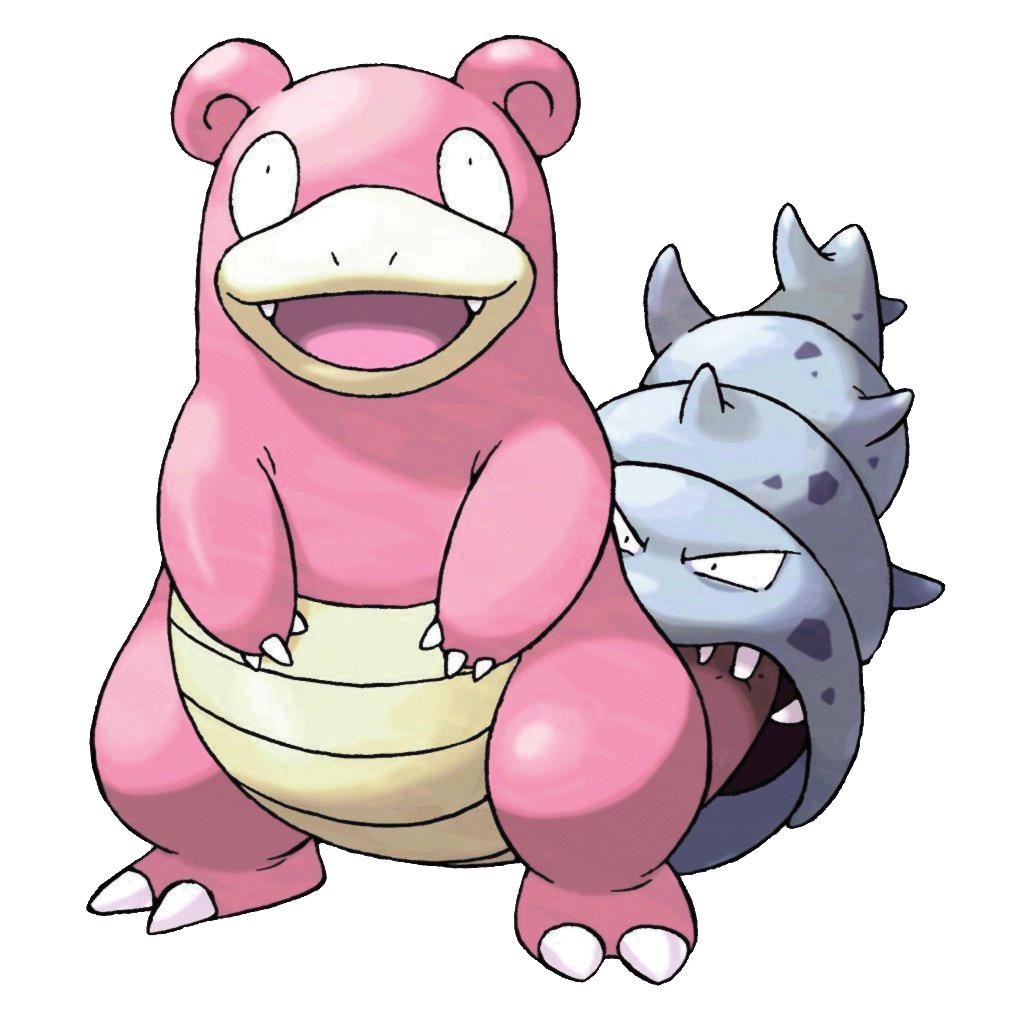 For poor, innocent Slowpoke to evolve, a Shellder needs to come along and literally bite onto its tail and never let go. If he does manage to get the thing off of him, he reverts back into a Slowpoke, meaning that he has to put up with a fate worse than death his whole life. Due to poison that the Shellder injects, thankfully poor Slowpoke isn’t in pain. Although we all know this isn’t true as the only way Slowbro attacks is when Shellder bites down on his tail even harder. As Slowpoke doesn’t even like to fight, it’s clearly a parasitic relationship that has likely driven the lot of them insane.

We didn’t think there could be a Pokemon as cruel as Slowbro until today. Ladies and gentlemen, please put your kids to bed before looking at this abomination: 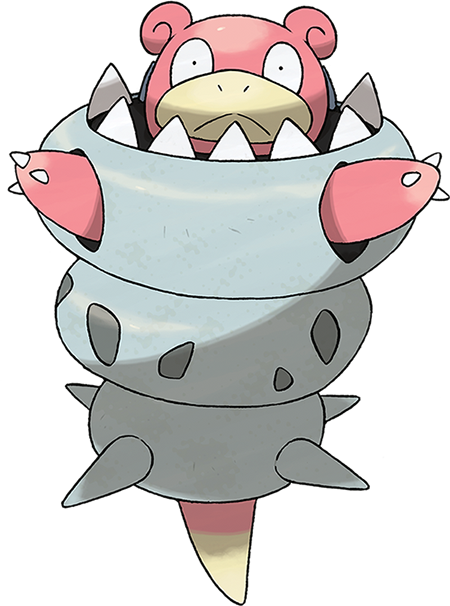 Good lord, Slowpoke is being consumed by the Shellder. At least before it was relegated to his tail, but now it’s about to engulf him entirely. Sure, his tail is still there and showing (and surprisingly not a mangled piece of flesh from the years of being subjected to intense trauma), but if anything that makes it worse. Does he have to now spend his entire life hobbling along on his tail? More devastating is the look on poor Slowpoke’s face:

That is the look of death. He looks stunned in fear, relegated to live a life being eaten by a shell, forced to fight people and slowly break every bone in his tail every step he takes. Seriously, he looks like he just stepped through a telepod at the same time as a Shelder and what emerged was a twisted ruin of pokémon and shell.

It doesn’t exactly look all that good for the Shellder either. Two cutouts with arms sticking out of them lie where his eyes used to, rendering him essentially a giant tapeworm.

Slowbro was shocking enough, but Mega Slowbro is a terrifying act of pokémon cruelty that needs to be immediately terminated whenever it comes into existence.