When the term “Free to Play” gets thrown around for a video game, it garners a collective groan from the gaming community. There’s always a catch; either there’s going to be surprise microtransactions or the game is just going to be flat out terrible. When I see a game that’s free on Steam or Xbox Live, I avoid it like it’s the black plague. In fact, some of these games are so underwhelming that they’re not even worth “free” and are simply not worth your time. There’s always going to be exceptions though — as few or far between as they may be — and Relic Hunters Zero is one such exception in so many ways. I had the chance to experience a build of the game, which is slated for a fall 2014 release on Steam. Right from the outset I want to say that this is a game that I really wouldn’t mind paying for at all, and the cool thing is that its developers are genuinely committed to delivering a fun and polished game that is “free” in every sense of the word, without any of the nasty surprises or strings.

I really like the look of the game, it has such a likeable aesthetic with character sprites that simply exude charm and personality. It’s important to have memorable character sprites that leave an impression, it’s one of the small things that really reels you in and encourages you to come back. I think a lot of retro homages we see in the indie scene forget that a 16/32 bit tribute is much more than old looking graphics, you need to use those bits and sprites to create something with flair and style, and this is what Relic Hunters Zero does so well (as does the developer’s other project: Chroma Squad). The animations are cool too, as it’s just so satisfying to see enemies turn into a pile of bones upon defeat. The music immediately won me over too– it’s funky and groovy–  with the same foot tapping appeal as the timeless music of ToeJam & Earl on the Genesis. 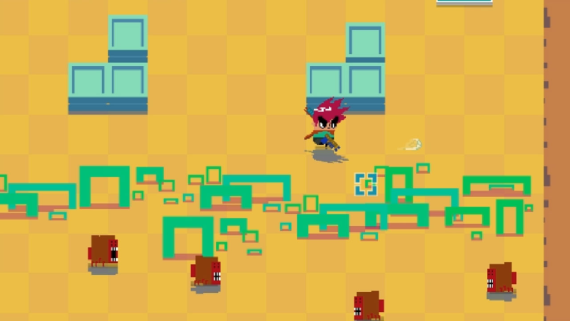 The game has the right look and sound, and when comes down to playing it Relic Hunters Zero does not disappoint. It’s a top down action shooter from the outset but it plays much differently than its forefathers like Ikari Warriors— it has some of the subtle nuances of Gunstar Heroes and Jazz the Jackrabbit— and ultimately all these positive intangibles come together to create a very retro yet fresh shooting experience. The action is relentless and face pounding, but I’ll admit the keyboard+mouse controls feel a little uncomfortable at first, and yet that becomes part of the game’s quirky charm. It’s satisfying to gradually get grips with the mechanics and control, and get proficient at the lead pumping and grenade tossing action. That said, the game supports the Xbox 360 pad so that’s always a good alternative.

Relic Hunters Zero has the regenerating shield from Halo, as well as a stamina gauge, dodge button, and all these other little mechanics coming together to create a shooting experience where you need to play tactfully, rather than going in guns blazing. The targeting crosshair is controlled independently–a standout quirk in the game’s mechanics– determining the general direction of your shots, but there is an incentive to have enemies fall right under the graticule in order to dish out extra damage and head shots. The experience overall is a satisfying and challenging shooting romp with some unexpected rogue-like sensibilities. There’s plenty of guns and grenades to play around with, the enemy variety is fun and interesting, and the level layouts (infused some randomly generated elements) encourage quick strategy. 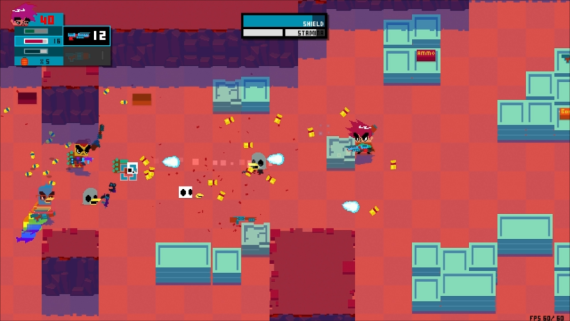 I enjoyed my time with this build of Relic Hunters Zero. It’s already in pretty top form and, with some more time in the oven, gamers are going to get a genuinely fun and cool action game this fall. Best part is that it’s going to be absolutely free, and you’ll be grateful that the developers chose to share their labor of love so unconditionally. The Zero in the title has a significance, as this game will be a prelude to an eventual full fledged commercial sequel. But until then, Relic Hunters Zero will provide plenty of fun gameplay and replay value when it comes out this fall.