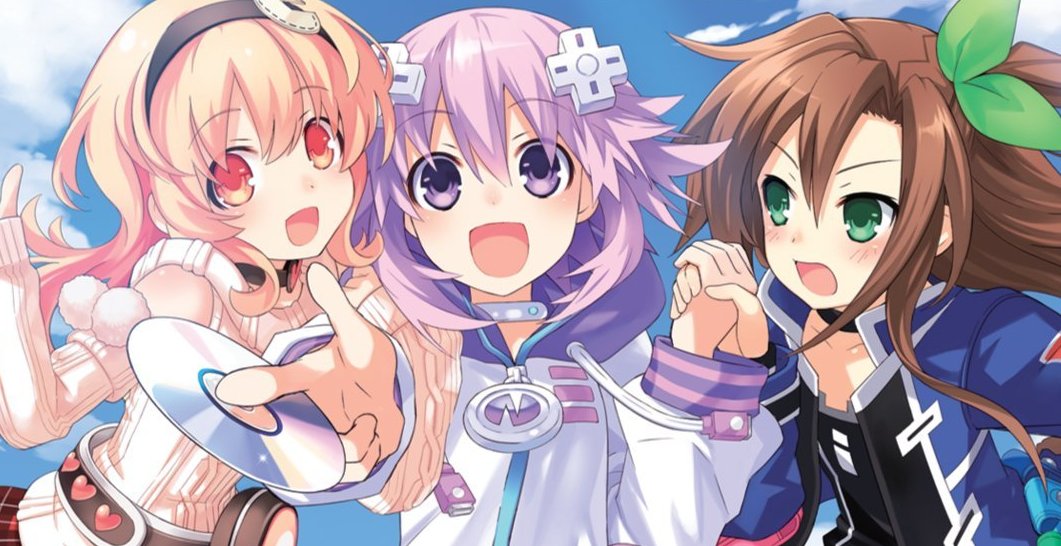 Back in 2011, many RPG diehards discovered Hyperdimension Neptunia. The then new PS3-exclusive title would have been standard fare except for the unique video game-centric plot. After three main series titles (and an idol simulation) many players have jumped on board but never played the original. Hyperdimension Neptunia Re;Birth1 serves as an improved introduction via Vita. A lot remains the same, but what has changed just might be enough to get old fans to jump back into Gamindustri. 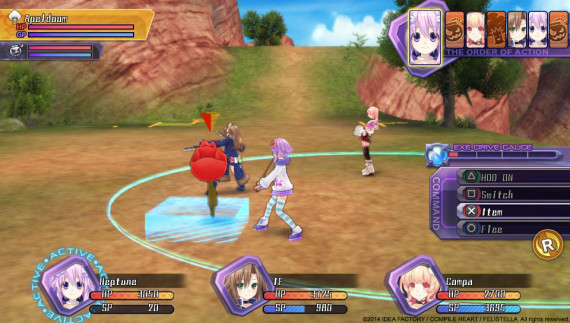 Everything begins quite suddenly as a young woman named Neptune awakes without any memories. As she quickly learns, she is apparently a very important person in the world of Gamindustri. She’s actually a goddess of Planeptune. There are four factions in the world: Lastation, Leanbox, Lowee and Planeptune. Each has their own goddess, and more importantly, references real-life video game consoles out there. Lastation is a parody of PS3, Leanbox is Xbox 360, Lowee is Wii, and Planeptune is Sega. Okay, so Sega still doesn’t exist in the modern console wars, but this is a fantasy game after all.

The silly game industry parodies don’t end here. Everything else about the experience is similarly gaming themed. When out fighting monsters, there are wandering Tetris blocks, visual novel screens, and a multitude of other references. Even the enemy Arfoire is named for what was once viewed as quite a threat to companies. The R4 cart for DS allowed easy access to pirated games and, if left to bloom, piracy of any sort could cause serious repercussions in game development. As such it’s only fair that the big baddie here directly references that threat. 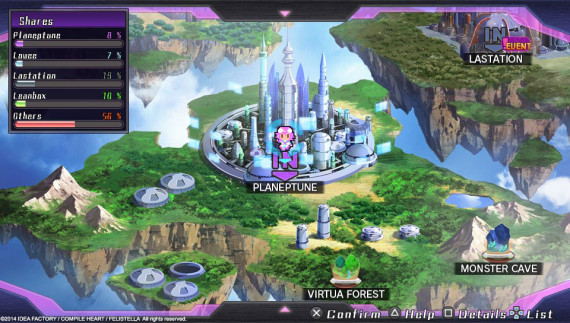 Gameplay has seen the biggest change over the original Hyperdimension Neptunia. In that game, battles were turn-based and offered no direct control over character positioning. The battle system implemented from Hyperdimension Neptunia mk2 has been brought in. Enemies meander about dungeons and battles begin once they attack you or you attack them. The battle screen is a relatively small field but allows for players to strategically position characters. You’re able to attack multiple creatures at once this way, as well as cast ranged spells.

There are only three characters directly allowed in a party, but that comment comes with a caveat. You see, there’s also this thing called the Lily System. With this, you can pair up two characters (one as front and one as back). Back characters do not appear during fights but still have a purpose. When the opportunity strikes, Lily partners can unleash greater attacks. Increasing relationships between partners increases attack strength. Other ways to tweak the gameplay experience come in the form of Plans. Plans are brand new to Re;Birth and allow you to modify the game itself. Early plans allow players to increase or decrease enemy strength. Others change item drops in specific dungeons, allow for escape from any battle, and other useful features. Sure, these could just be parceled out as equippable items instead, but it’s a convenient way to modify difficulty on the fly. 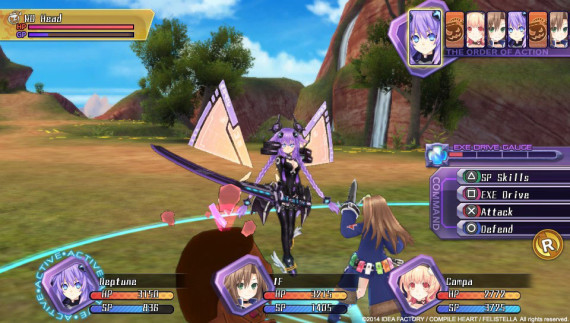 Since Re;Birth is focused on the game industry, it makes sense that this isn’t a very serious game. Protagonist Neptune is excitable and positive despite having lost her memories. Her band of buddies all have distinct personalities but somehow group up regardless. As with everything else in the game, each character is related to something in the gaming world. A few characters based off developers were added to the game, although they are very minor additions. Basically, they’ll just show up and say hi before disappearing again. Thankfully, this is no great loss as there’s already tons of dialogue to read through between the existing cast members.

Story-focused gamers should enjoy Hyperdimension Neptunia’s lighthearted tone as compared to other, more serious RPGs. Of course, not everyone loves the series for exactly this reason. Some find it annoying how each character is a cutesy anime girl and that the stakes aren’t incredibly high most of the time. Danger seems something Neptune can shake off with little issue thanks to her CPU mode and powerful friends. If you’re repulsed by “moe” characters then even this remake won’t be enough to excite you. The new battle mode also does no favors for when you have to grind. After all, positioning characters before attacking is more work than simply hammering on the same menu items over and over. 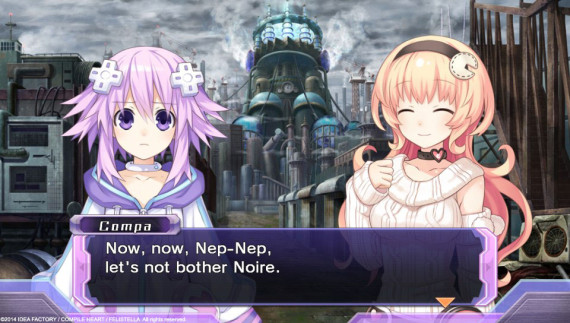 Playing Hyperdimension Neptunia Re;Birth1 on Vita is a strange experience because it’s effectively a console RPG. With that said, it fits well into its portable packaging and the less than stellar graphics are more forgivable here. As long as you don’t mind a story that pokes fun at video games as a whole then this is an entertaining RPG to pick up. New players should choose Re;Birth over the PS3 original, while fans who haven’t yet worn out on the series’ charm should jump back in. The new Plan system and revamped battles make Re;Birth a much better game than its predecessor.