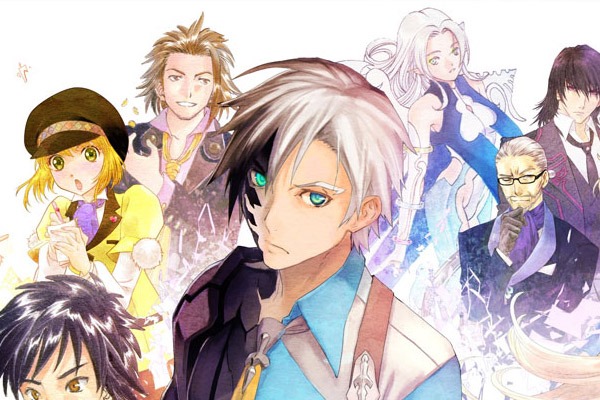 As a direct sequel to Tales of Xillia, Tales of Xillia 2 was already in a bit of a difficult position. Change too much and some fans of the first game would cry foul and wonder why they had changed what they loved about the original title. Change too little and other fans would be complaining that they were lazy and just shipped out the same product as last time as a cash grab. It is a difficult line to walk to be sure, but fans of the Tales of series will appreciate what Tales of Xillia 2 has to offer. It isn’t perfect, but it is an excellent adventure that gives you all the stuff RPG fans love.

This is a true sequel to the first game, taking place about a year after it and allowing you to interact with many of the same characters and locations. This time you are thrust in the role of Ludger Kresnik, a mostly silent protagonist amidst a cast of already familiar characters. Assumedly this is done to make him an extension of yourself, but as we are already familiar with almost everyone else, he sticks out even further as a stranger among some old friends. He meets a young girl by the name of Elle who is desperately trying to get to the Land of Canaan to reunite with her father. The events of the first game are taking a bit of a toll on the world, and a number of alternate dimensions have started to pop up that are threatening the integrity of your dimension and as such must be destroyed. There are plenty of twists and turns along the way, and Tales of Xillia 2 does a nice job expanding a universe that was already well-crafted in the first game. 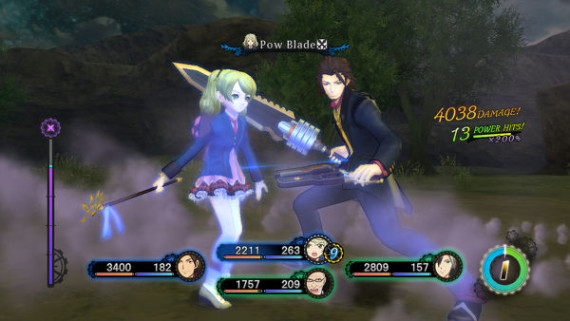 The overall story is interesting and by the later portions of the game I was hooked and powered through to the end in a marathon fueled by the love of the story and copious amounts of caffeine. Most importantly, the plot feels like an organic extension of the first game and not like the writers sat in a room for ten minutes trying to brainstorm the least dumb way to wring another story out of this premise (also known as the BioShock 2 method of storytelling). There are some issues every now and then, the most bizarre of which was that no one in the game really seemed to grasp the implications that came from murdering an entire alternate dimension and how Ludger is essentially the greatest mass murderer in the history of video games. The strength of the story, however, comes not from the actual content of the plot itself, but by the strength of the characters and their relationships with each other. An excellent job has gone into probing the personalities of all of the returning cast, and with the notable exception of Ludger each of the characters was compelling in their own way. It is rare when nearly an entire cast of an RPG is likeable, as there are usually at least one or two characters that make you want to scratch your ears out whenever they talk. Even the silent Ludger has an interesting relationship with Elle, and there is a genuine warmth behind a lot of these interactions. I found myself trying to complete every little side quest and dig out every little line of dialogue simply because I was so enthralled by the various members of the cast.

While I enjoyed the actual story for the most part, the game tries its absolute hardest to ruin it by working with some of the worst pacing I’ve ever encountered in an RPG. The story seems to take forever to get going, trying its best to bore you away for some reason before it gets really interesting. It certainly isn’t helped by the debt system the game has, which is one of the most bizarre methods I’ve ever encountered for artificially extending the gameplay in an RPG. The game saddles you with a massive loan you have to pay back and is less forgiving than a loan shark or Tom Nook when it comes to paying it back. The game blocks off chunks of the actual game until you pay off set amounts of your debt and there is no way to realistically hit these goals playing normally. Instead you will have to grind through every single side quest repeatedly and farm every monster encounter you can find until you just give up on having fun. While mindlessly repeating the same tasks to chip away at a massive loan sounds fun and all, most people call that getting jobs to pay off your student loans and I don’t need the experience recreated in a game. Most of the game is so well designed that the inclusion of such a flow breaking system is absolutely baffling.

Like many of the past games in the series, the battle system remains one of the highlights of Tales of Xillia 2 and this is one of those rare games where I was intentionally trying to get into as many battles as I could as I genuinely enjoyed the fights. The game uses a more real time approach to the combat, giving you a more direct role in the fights instead of just watching the action unfold. This is largely the same system featured in the first game, allowing you to utilize special attacks known as Artes or link with various party members to wield new and powerful attacks. Combat is quick and fluid, an emphasizes a bit of experimentation to see which links or plans of attack are most effective. As Ludger, you can utilize the Chromatus, a special meter that builds up over time and allows you to unleash devastating attacks when full. It, however, isn’t really so much a new addition to the battles as it is a new way to use ideas and concepts that were already there. The only real new addition here is the ability for Ludger to swap out weapons throughout the course of a single battle, allowing you to adapt to situations as they change in the course of a fight. It is an interesting mechanic, but honestly the battles in this game feel largely identical to those featured in the last game. That might sound like a complaint, but anyone who played the first title should know it isn’t as that system was so well polished that even minor additions are enough to get me interested in it all over again. There is a bit of a learning curve here, especially if you haven’t played the first title, and the game doesn’t always do the best job explaining what to do or how to optimize your characters’ efficacy. Once you become acclimated to it all though, there is a really deep, complex system in place that is rewarding to learn and a blast to execute. In fact, battles are so enjoyable they help ameliorate the unfortunate forced grinding somewhat and I found myself slightly less annoyed simply because I wanted to get into fights anyway.

A major change from the first game is the abandonment of the Lilium Orb system in favor of Allium Orbs. The Allium Orbs offer a preset group of skills that build automatically over time allowing you to get stronger and learn new skills passively as the game progresses. It is a less hands on approach to customizing and improving your characters than what was offered in the first game, and honestly I missed the original system. It isn’t that this one is bad, but everything feels like it is on autopilot and I didn’t feel as engaged in my character management as I like to be. You can select specific Extractors to equip that unlock specific abilities on the Allium Orb along the way, but even with this little bit of customization I felt a little detached from the whole system. This might be preferable for someone that doesn’t want to micromanage their characters as much as you can just sit back and let things unfold largely on their on so you can enjoy other aspects of the game, but I was a little disappointed especially in comparison to the system in the last game.

On top of a great story and combat system, this is also a game that is absolutely packed with extra content and things to do. There are plenty of character specific quests to complete, giving you a chance to go out on sidequests that revolve around one of your specific party members. Not only does this improve your affinity with the character and give you benefits in combat, it unlocks special scenes during the story that further develop the character and their relationship with Ludger. There is also the Kitty Dispatch sidequest, which is every bit as adorable as it sounds. Early in the game a number of cats go missing and it is your job to find them and post adorable videos to the Internet. By finding these cats you can use them to search various areas in the game to find various rare items hidden that you cannot find otherwise. Additionally, the post game content is insane, with a slew of dungeons, elite bosses, and quests to complete that give you a ton of stuff to do even after you have technically finished it. There is just a ton to do here, plenty to explore, and enough content to satisfy even the most neurotic of completionists.

While Tales of Xillia 2 does not quite reach the heights of Tales of Xillia, an enjoyable combat system and a deep, character driven story make this a tale worth experiencing. A well-designed RPG bursting with content, there isn’t much to complain about here.  The revised Allium Orb system of character development and an unnecessarily obtrusive debt system that corridors off swaths of the game for no reason other than to artificially pad playtime are the two sole blips on an otherwise stellar experience. This is an easy recommendation for anyone that has already played through Tales of Xillia and yet another good reason to force you to if you haven’t yet.