BlazBlue is a franchise that has garnished a rabid fanbase since its inception some six years ago. While the series is mostly known for its core fighting games, it has recently branched out into the realms of manga, anime and even visual novels. On that list of genre-coverage is “pint-size beat-em-up” as well. That’s what Arc System Works’ latest 3DS eShop offering is, after all — a sequel to 2010’s BlayzBloo: Super Melee Brawlers Battle Royale. And although BlazBlue has been known for its pedigree over the years, is Clonephantasma the first title in its lineage to simply miss the mark?

Think of BlazBlue: Clonephantasma as an on-the-go arena fighter heavily rooted in the ideology of delivering a small-in-scope adventure ripe with fanservice. At its core, that’s what this adventure is, and not much else. So this is not dressed up endeavor with bells of whistles; at all times, Clonephantasma never seems interested in deviating from its course, which is action-action-action. From the start screen we see the title’s intentions by presenting players with only two options of play. Story Mode is where most of the developmental focus has gone, but calling Clonephantasm’s flagship feature such is misleading. This is not an involved narrative, nor is it a delving into the series’ rich mythos. No, at all times this is a fairly unsubstantial series detour told through the lens of inside-comedy. Hence, this tale isn’t provided via previous BlazBlue conventions either, so extensive talking scenes are all but absent here. Instead, between rounds we get very small snippets of nonsensical text clearly meant to elicit a chuckle or two from in-the-know players. 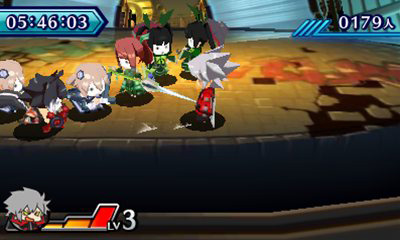 Outside of this, there’s also Challenge Mode where folks are tasked with knocking as many assailants off the battle stage (more on this later) as possible. Think of this as a score-attack setup in which players are trying to best their high-scores. Sadly, this kind of thing would have felt more significant had there been some kind of online leaderboard integration, but alas, there is not local or online multiplayer to speak of at all.

But Challenge Mode and plot are not Clone’s chief concerns; that aspect goes to the gameplay itself. In Story Mode, players pick between ten of BlazBlue’s more beloved characters and then plunge headlong into a six-round series of beating up bad guys. Each round (also called a “rebel” in BB, for the uninitiated) has a straight-forward victory condition always contingent on merely vanquishing x-number of foes. Once all enemies have been knocked off the battle map/stage (think Virtua Fighter’s ring-out circumstances), the round’s over and it’s on to the next one. Some of these matches will feature a boss-encounter at the end, which come in the form of other cast members, but don’t play all that differently from traditional opponents except having to ring-out them three times instead of just one. After all rounds have been completed, there’s one final boss, a quick talking segment then a credits-roll. From start to finish, players are looking at 15-20 minutes to completion for each character. 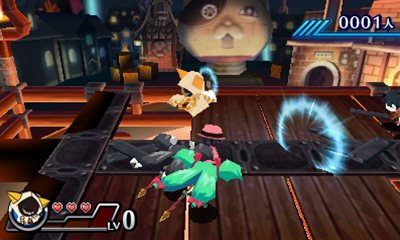 Its short runtime isn’t what’s problematic with Clonephantasma, it’s the combat itself. Players are given a standard attack option — these can be strung together to form a single combo — a more powerful single-attack that can knock opponents into the air and/or off the map, a special move and a jump ability. There are no specific maneuvers to necessarily “learn” and no combos to memorize, just mashing on the button. Sure, each character has their own move set, but all that really means in this context is they have 3-4 attacks to be dished out via a single button. There is almost quite literally no-depth here. Some brawlers may disguise their rudimentary battle mechanics through systems that appear more complex than they actually are, but not Clone. What we see is what we get — it even goes so far as to bill itself as the aforementioned one-button brawler — but unfortunately the lack of combat variety is simply not enough to provide anything more than a few minutes of fun, really. Though, to be fair, the developers obviously designed the game with pick-up-and-play in mind; so to that end, they have accomplished their objective. Therefore, Clonephantasma serves as more of a game that should be played between other games, on a bus/train/card ride, or while sitting in a lobby waiting for an appointment. However, we can’t help but feel like there are already dozens of games that can fill that role, and do it far more competently.

What Clone does have going for it is the adorable graphics and character art. This is BlazBlue, “chibified” if you will, as all the fighters are short, round, big-eyed and for all intents and purposes, cute. Seeing them pull off some of their signature spots in this art form is actually quite charming, made better thanks to some really fluid animation. The audio is what one would expect from BB at this point, and Clone merely uses songs already present in other BlazBlue games to ensure that longtime fans are audibly pleased with familiar tunes. These are Phantasma‘s only true shining achievements. 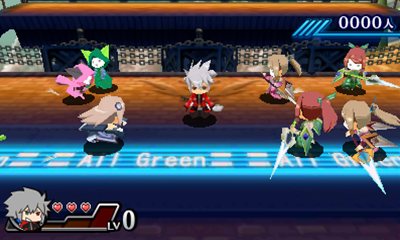 Unless you love BlazBlue and short-burst, super basic brawlers enough to drop $5.99, this will be far too superficial an endeavor to warrant a purchase, even with its charming art design. It’s not an offensively bad game; it’s just for lacking in content and value.