From Software is good on their word as the Japanese developer has released the second story-based downloadable content for Dark Souls II in a timely manner. While the last piece of content release last month helped explain why the Black Gulch was filled with poisonous traps, this time around we get to learn more about the Iron King, an ancient lord who transformed into the fiery demon found in the Iron Keep. Traverse three giant towers in order to uncover the story behind The Old Iron King, while at the same time, being introduced to even greater lore.

If you’re someone who doesn’t want to go off the beaten path, this piece of DLC can be very short. In fact, if you just go straight for the crown, there’s really only one boss to face and it will take you roughly two, maybe three hours to complete. Of course, it’s expected that most Dark Souls fans thoroughly venture through the entirety of the world, so completion can be greatly extended by facing the two extra bosses and collecting the various items scattered about. Even after receiving the crown, players will be able to travel into a memory where they will face the fierce samurai-esque warrior, Alonne, who was the Iron King’s most trusted knight. This ties into the optional side-quest that has players collecting shards of a soul in order to receive a decent chime or a powerful pyromancy spell. Additionally, down in the depths of the Brume Tower is a cave that seems to serve as a dungeon, housing some nasty magicians and inmates who, for whatever reason, are allowed to keep their gear and weaponry. This secondary dungeon is kept by a familiar demon also found in the Iron Keep. 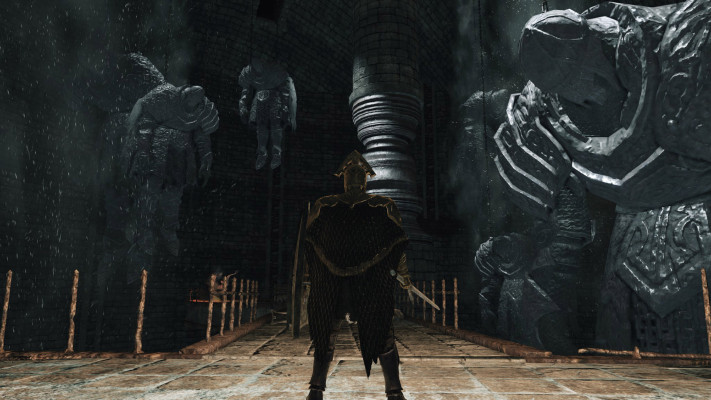 The altered formula of optional quests is a nice change, giving players a little more freedom to determine if they want to seek greater power on their own, rather than forcing battles upon them. At the same time, by not doing the side quests, it makes this piece of content very disappointing. The pacing could have been a little better as all three bosses are found near, or right at the end of DLC. Looking how the structure is built, it’s somewhat understandable why everything is shoved to the back, but this would have benefited a bit better having things spread out. Because of this, maneuvering through a fog gate feels almost pointless with no worry of an unsuspecting boss being on the other side.

In addition, what these pieces of content need are more NPCs. The Souls series has always had a large array of characters scattered across the world, yet these isolated structures seem to be void of any sensible (or even somewhat sane) life forms. Even looking back at Artorias of the Abyss, that contained three unique individuals, and yet all we’re given here is the objective to kill everything in sight in order to obtain an ancient crown. There are some interesting story beats, even though it feels like Nadalia, Bride of Ash, receives more attention, but NPCs could very well be placed in specific spots to help expand or shed light on the hidden story, as well maybe sell some unique equipment. 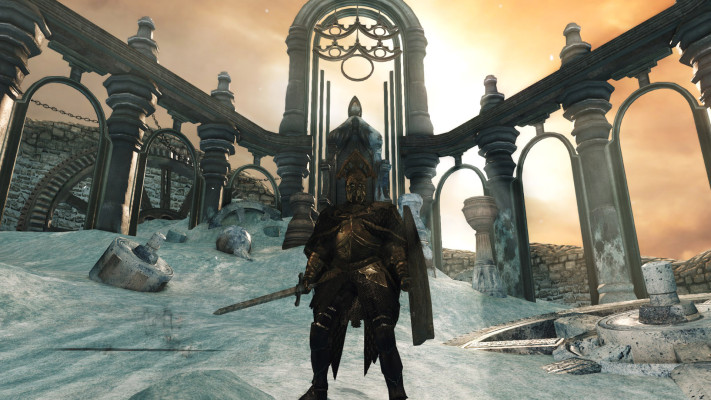 The biggest knock we had against Crown of the Sunken King was that bosses had far too many reused attack patterns from the main campaign. This is slightly better this time around as the demon that resides in the underground dungeons is the only one that resembles that of a previous encounter. In fact, it not only resembles that boss, but is virtually the same, just with a different color template applied to it. While last time it was mainly about fighting those who can blast you from a distance, this time around we are greeted with enemies who swing giant blades. The Fume Knight and Sir Arlonne are the other two major figures found within Crown of the Old Iron King, and both contain strong melee builds. Both have enchanted blades, although one is a great sword while the other is a katana, and both have speed to their advantage. These are surprisingly entertaining battles as getting their attack patterns down can be a challenge, especially when one hit takes half your health, but it’s just a shame that all three bosses wield nothing but a blade.

With that said, the new enemy types introduced are unsurprisingly challenging. As a kingdom would have, there are soldiers scattered across the tower, but the difference from traditional sword-wielding knights is way they swarm. Taking on one or two is simple enough, but there are various instances where there are five or more on screen and they do sizable damage with every hit, quickly escalating straightforward situations into nightmares. There’s also a rather particular ghostly creature that swings around a hot whip and has a great bow for its left arm. These creatures are very unpredictable, and will quickly get a hit in during seemingly safe instances and distances. There are also giants guarding certain sections of the tower, but it isn’t their size or weaponry that make them different; it’s their ability to splash magma from their sides, causing unwarned damage. Suffice to say, the new enemy types found in the Brume Tower are welcome additions to the Souls universe. 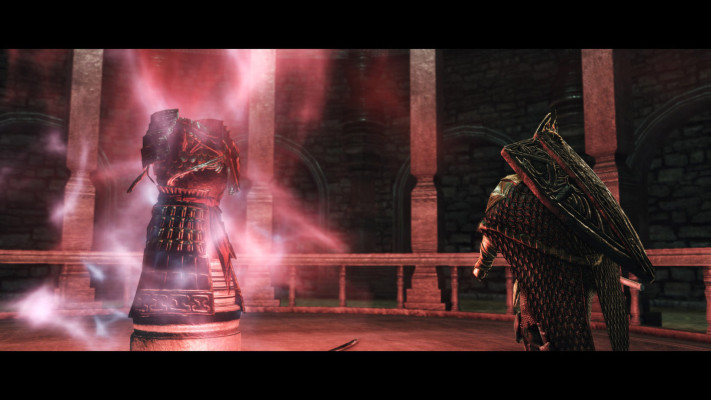 From Software is able to create an eerie tower to climb down, but at the same time, doesn’t really deliver on anything that we haven’t seen before. The formula has changed slightly, giving players a little more freedom in what they want to do, but at the same time, pacing in how bosses are introduced could have been structured better and more varied. Thankfully, the new setting and enemy types will have everyone strategically planning out their approach, and immersed in this horrific situation. Dark Souls II: Crown of the Old Iron King is a solid expansion to an already captivating game, but there are some questionable choices that have been made.