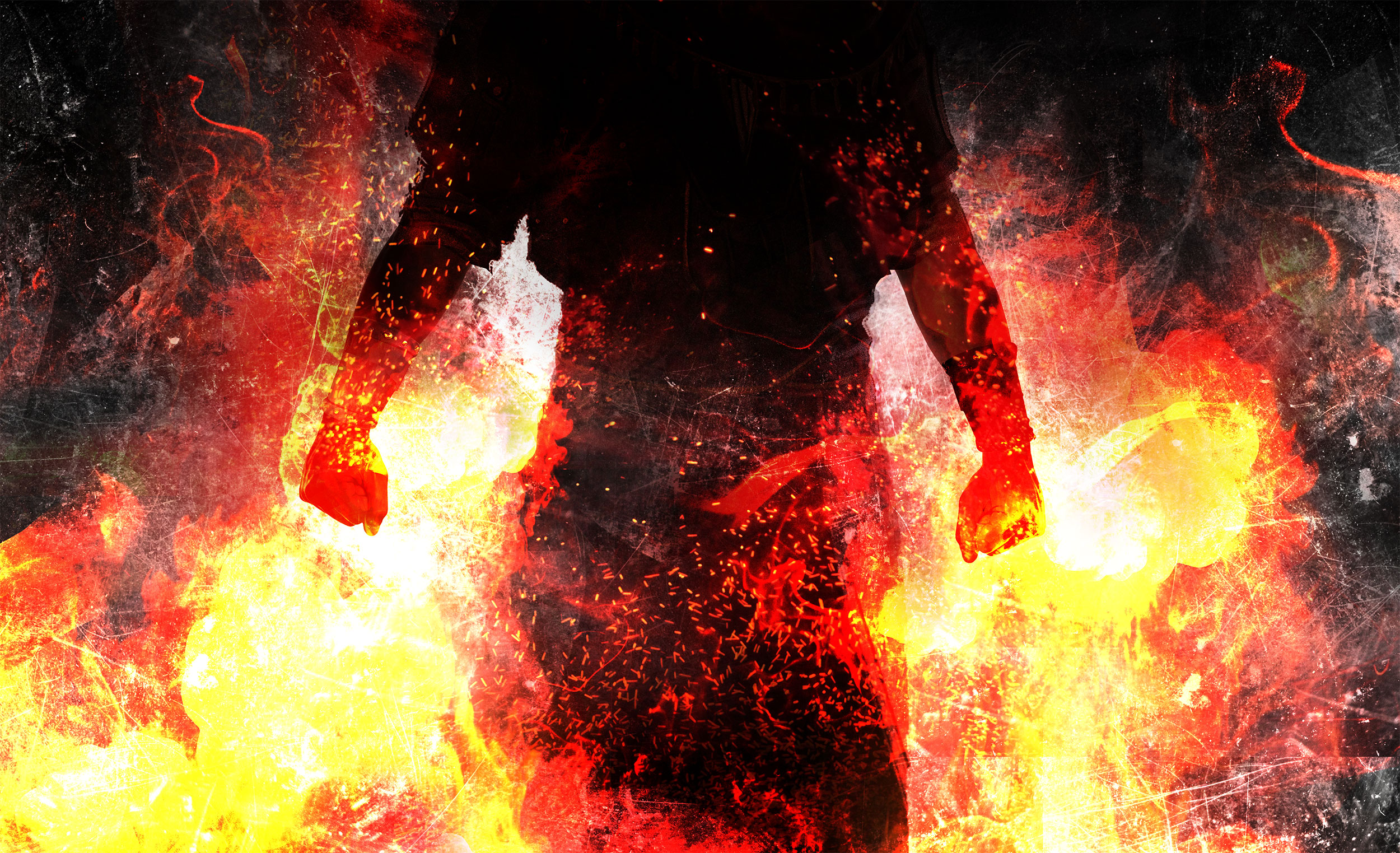 If you’re going to play with magic you need to be smart.  Not just in terms of coming up with working strategies for a character class that usually epitomizes the glass cannon cliche, but also in figuring out how to best combine spells for maximized effect.  Lichdom: Battlemage does away with the glass cannon aspect of the mage and turns it into a devastating force of unbridled power that tears through fights like an elemental-infused cuisinart, shooting bolts, raining down death, and charging up massive strikes against enemies that are more than capable of working together to hold their own in the face of what should be overwhelming force.  Just because a battlemage doesn’t fall down in a handful of hits is no reason to abandon fighting smart and learning complex systems of spell crafting.

At the start, though, you know nothing.  You choose between a male or female character and promptly get cut down to size by an enemy who stomps the city flat, but the combination of magic potential and a thirst for revenge is too tempting for the mysterious Roth to pass up.  He gives you some magic bracers, a few basic instructions, and then points you at the bad guy to learn as you go.  There’s an army of the undead between your chosen character and their revenge, and surviving to get past their personal concerns and eventually save the world is going to take more than fireballs.  Magic is big and tricky, but once you learn how one effect feeds into another there’s a world of tactics available.

You need to learn the basics to get to tactics, however.  Lichdom: Battlemage is an action FPS that replaces weapons with magic, and the initial fire element is great for dealing damage, but how you deal damage is more important than simply tossing off spells.  The left mouse button shoots a projectile, hitting right and left mouse buttons (or tab) produces a target on the ground that you can position anywhere you can see to rain down an area of effect spell, and the right mouse button by itself works the shield.  Both regular and area attacks can be charged for extra damage and critical hit effects, and the shield will either reduce damage or negate it entirely and let loose a counterattack based on the type of magic you’re using if you time the defense perfectly.  Alternately you could avoid damage with the dash move, conveniently replacing the normal jump function on the space bar.  Craft the right shield and you can even replace the counterattack with near-unlimited use of the dash, zipping around the battlefield to tag the enemies with weakening status effects before charging up a deadly area attack to clear out several opponents at once.

The starter spells for each type of magic are nice enough, but for real power you’ll want to craft your own variations.  This is where things get tricky, with near-endless stats to tweak in coming up with just the right effect.  Do you want a ball of energy dealing direct damage?  A trap effect that doesn’t do much damage but spreads out like fireworks, potentially tagging several enemies at a time and leaving them seriously weakened against your next attack?  How about an increase to the chance of an Apocalyptic effect, which will let you do a deadly finishing move if you can deal enough damage while active?  There’s tons of components found throughout the levels that you can combine, synthesize, or deconstruct as you see fit.  It’s honestly a bit overwhelming, and while the tutorials and journal do what they can to explain it all, there’s a lot to take into account if you want to craft the most effective magic possible.  Alternately you could do what I did and combine stuff until it’s at a sufficiently high level and hope for the best, using base components that looked somewhat useful.  A little care in combat and it worked out alright, but enemies are merciless if you’re not constantly on your toes.

Death in Battlemage is a minor setback, dropping you at the most recent checkpoint to try again with all item drops earned during combat left safely in inventory.  Survive for a while and the loot rarity goes up, earning nicer goodies along the way, but the enemies are merciless and more than willing to exploit any errors in battle.  Snipers on high perches rain down arrows while skeletal swordsmen advance and flying wraiths send out freezing shockwaves, which is a great way to see your shield go from three full bars to zero in a worryingly short period of time.  Battlemage uses the segmented energy bar method of health, with a lost bar staying gone until refilled but a depleted bar regenerating depending at a rate dependent on the modifier crafted into it.  Usually that ends up feeling too generous, but Battlemage is more than happy to shred the bars to nothing with very little effort.  It’s hard, but a fair hard and a welcome challenge.

Lichdom: Battlemage is a big, complicated, awesome beast of an FPS.  When you’ve got a system down and are tearing through enemies you feel like magic incarnate, wielding the secrets of the universe to eviscerate all in your path.  Experiment a bit and you feel more like a piece of tissue paper, but learning under pressure is an inherently clumsy process so that’s OK.  The results are frequently worth it, as you realize that dropping an area kinetic attack to root enemies to the spot goes nicely with a chain lightning blast to fry them to cinders.  The possibilities of a battle mage are what you make of them, and if the game is a bit linear with its room-corridor-room-corridor level design the freedom of combat makes up for it nicely.  Lichdom: Battlemage makes being a magic user feel properly badass, and if there’s a little bit of homework involved in creating the spells necessary for badass-dom?  That’s just the price of being a mage.