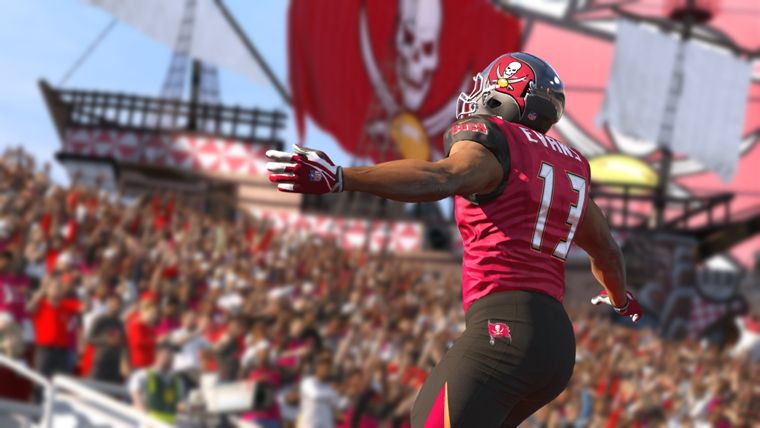 The 2013 NFL season proved the importance of defense. No longer were linebackers and defensive backs ignored in favor of the high flying stunts of the offense. Players like Patrick Peterson, Joe Haden and Darrelle Revis lit up the highlight reels while Seattle’s “Legion of Boom” became arguably the most recognizable unit in current professional sports. EA Sports has taken notice of this and not only has plastered the outspoken Richard Sherman on the cover, but also emphasized the defensive end of the game.

In fact, Madden NFL 15 doesn’t waste anytime showing this. When booted up for the first time, players are put into a fictional 2015 NFC Championship Game between the Carolina Panthers and the Seattle Seahawks. With just minutes left to play, players take control of the Panthers for a march down the field against the legion of boom. Not only does this emphasize the power of a good defense, but also allows the game to download and install on the background of the PS4 and Xbox One. New players can than launch directly into the Skills Trainer, while veteran players can forge the tutorials and check out what’s new this year.

Unsurprisingly, the lion’s share of tweaks this year lie in the defense. A cone now appears in front of defenders whenever a ball-carrier can be tackled, helping display when a play can be made. Making playing as a defender more entertaining, blocks can now be shed instead of simply being caught up with a blocker as was common in previous installments. Much of this is thanks to a prompt that now appears over the players’ heads when power or finesse moves are available. 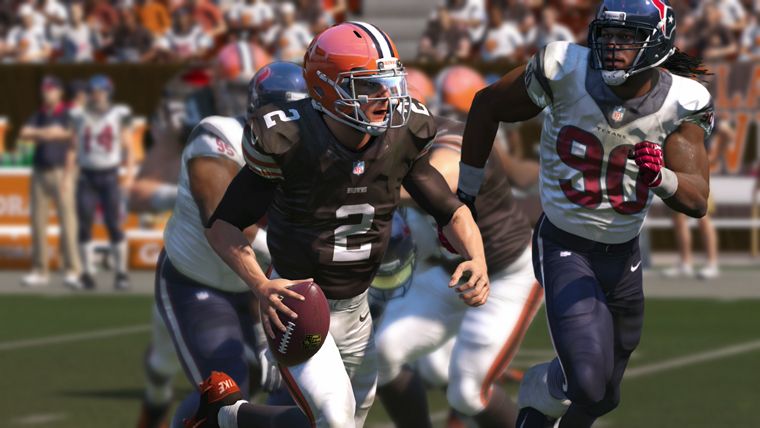 Adding more intrigue, snaps can now be jumped by pressing R2, increasing the defender’s chance of executing a successful rush move. Mistiming the jump can cause the defender to become unbalanced, however, so care needs to be taken to time these correctly.  Zone coverage has been enhanced this year to involve the defensive secondary more. When playing on offense, it’s apparent that top cornerbacks will read coverage and react before the ball is even thrown.

On the offensive side of things, pass variety (and catch animations) has been increased so that mobile quarterbacks like Cam Newtown don’t steamroll over defenses. One of the most useful new features is the ability to rotate the defensive camera before the snap of the ball, allowing players to play defense with an over-the-shoulder perspective. Although it takes some adjustment, playing with the new viewpoint proves advantageous in many situations.

The play call screen has been retooled this year to better allow the most useful plays to be selected before a snap. Calls are separated into three categories: strategy, community and favorites. Community picks are the most interesting category of the three, as they’re culled from online Madden games to provide suggested plays based on what’s been proven to work. Although veterans might prefer to dig deep into playbooks, this new interface allows novices and intermediates more choices for plays that might actually work. 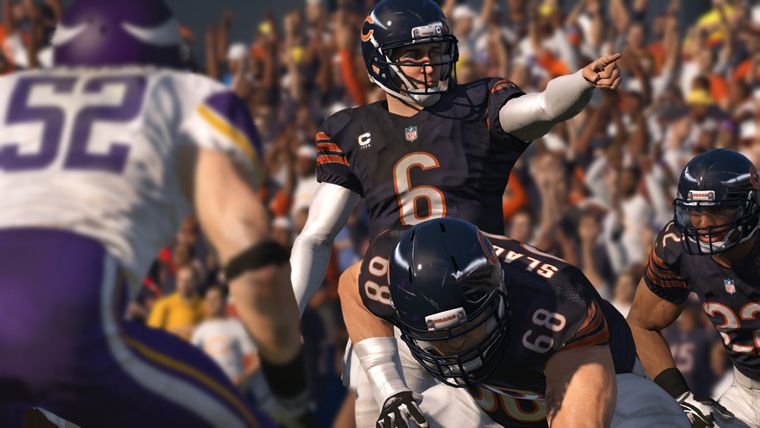 On the visual side of things, Madden NFL 15 is a marked improvement over last year’s long in the tooth port. This is most noticeable in the players, who’s faces look more realistic. Uniforms also look great with some nice fabric dimensionality. It’s not the jaw-dropping experience we’re hoping to see from the series on current-gen, but it’s satisfying enough to bring the series into 2015.

Madden Ultimate Team — a mode harder to learn than perhaps football itself — has been improved to make it easier to figure out where to start thanks to a instant list of objectives to get players on their way. Players can also now be easier sorted thanks to the addition of “The Binder,” a central hub for management.

And now onto the part of the review where a dead horse is beat. Again this year, no licensed soundtrack appears, instead replaced by orchestrations which seem to get more boring by the year. Not only does it make leaving the game on in the background or sorting through menus grating, but it makes the entire experience seem less immediate. EA Sports are doing themselves a great disservice by continuing to exclude interesting music in the franchise. 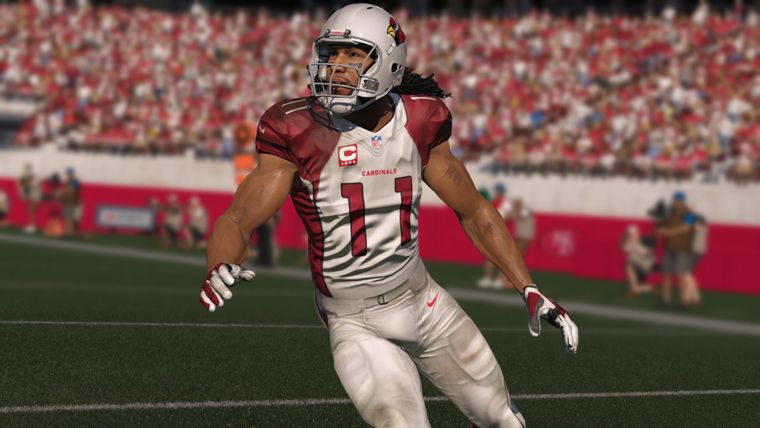 Madden NFL 15 marks a noticeable improvement for the long-standing franchise. This is a solid game of football, both on a technical and visual level. Much-needed resources have been allocated into improving the defensive side of things, while it visually looks more like a current-gen game than last year’s ports. Commentary and music remains stagnant, the product placement is inexcusable and anomalies creep up here and there, but Madden NFL 15 remains a step forward for the series that even the most staunch Richard Sherman detractors will find difficult keeping this off their shelves.