It didn’t take long for me to realize that The Sims 4, the game I’ve been not-so-patiently waiting for since my Sims 3 playtime hours dipped into ignominious territory, wasn’t the sequel of my dreams. The hours I spent piecing together celebrity not-so-lookalikes with the help of the meatiest Create-A-Sim in series history, tackling various aspirations with my custom cuties, reaching career goals impossibly fast and… tending to a demonic shapeshifting baby were, for the most part, devoid of the enthusiastic drive that kept me glued to the screen since Maxis first made household management a joy.

I’m getting ahead of myself, though. Let’s start with the good.

The new Build Mode mechanics are far less utilitarian than in previous entries in the series. There’s a familiar level of functionality, decorated with all the trimmings a house without a basement, pool and basic kitchen appliances can contain, conveniently streamlined and simplified for comfortable crafting. For example, entire rooms can be constructed without the hassle of meticulously slaving over menus of furniture options and decorative touches — allowing antsy players to jump into the core-experience quickly. It’s a system that, while limited by a grid and general lack of design variety, feels more flexible than ever.

The Create-A-Sim Mode, too, is a veritable hodgepodge of options — in both the appearance and personality department. Fat and depressed? Check. Slim and jolly? Check. Pretty and angry? Ugly and clever? Sexy and uncomfortable? Check, check and check. The Sims 4 provides a nice “think it, build it” model to its modus operandi, and with a wardrobe of possibilities (literally and metaphorically), there’s no need to delve into the Gallery — which allows you to dig through other peoples creations — until you’re truly drained of creative juices. Even without its predecessors elaborate color-wheel — or any suitable color options for that matter — there’s still a wellspring of choice in creating a virtual family (so long as you don’t want an obese, white-haired punk-rocker with varicolored outfits and an Anime-esque girlfriend). 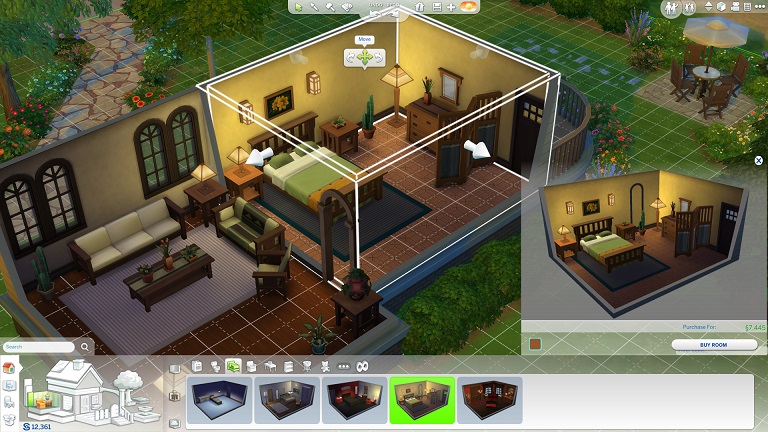 Another impressive feature is the range of emotions your Sims are capable of producing. Coupled with multitasking, bar outings can turn into bizarre arguments, fist-fights and even inappropriately romantic exchanges without a moments notice.

Unfortunately, much of the simulation has been replaced with quirky scenarios and fluffy animations. Lodged somewhere between an inspirational conversation about sports and a binge drinking starlet with starry ambitions, The Sims 4 lost its pizzazz. My interest dwindled, and the color-by-number mechanics became as painfully obvious as the mobile-port-like neighborhoods on offer. It’s almost as though EA, in an effort to control the experience, intentionally limited player creativity, boxing every facet of The Sims’ systems into isolated, anomalous categories. You can visit a club, but you can’t walk across the street. You can throw a party, but you can’t mingle with your neighbors without the frustration of a loading screen. You can have a job, but instead of existing in a single universe, your player vanishes like a dime-store magician until the work day runs its course.

After all, what’s the point of being a world famous chef if you can’t boast your skills at the restaurant that keeps promoting you? While there’s a surface of potentially intriguing additions (as well as a multitude of strange exclusions, such as vehicles, multiple classic Sims traits, etc.), peeling through the games layers of tinpot mechanics and unpolished gameplay left a sour taste of disappointment lingering long after I walked away — and that’s without taking into consideration the company’s sacrificial offering of toddlers and pools for a stronger base experience (something that’s looking a lot like PR hogwash after sifting through the games various nooks and crannies). 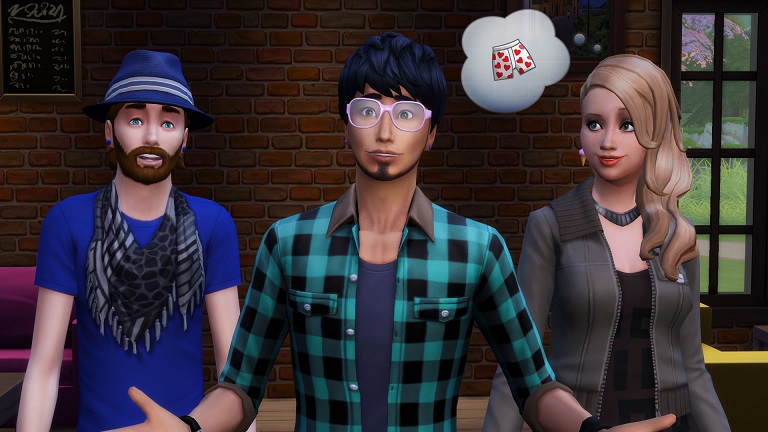 Once bustling neighborhoods have been replaced by a series of empty lots, littered with enough distractions to deceive newcomers (and diehard, plumbob tattooed fanatics). For series fans, though, particularly those who’ve spent their share of time with The Sims 3, there simply isn’t enough to do in The Sims 4 to justify its price tag. And while certainly the shining examples of the bunch, the group interactions, multitasking and emotions don’t cut the mustard when the world, its inhabitants, locations and activities feel flat, pointless and boring.

The alarming lack of content doesn’t end with the Sims 3’s beloved — albeit sluggish — open world being replaced by a series of lots and loading screens, either. Although the options to utilize materials are rich and expansive, there’s a considerably smaller amount of toys to tinker with this time around. Exclusions range from item pattern variations to color-schemes, household contraptions to explorable neighborhoods. The Sims 4 is no doubt a leap backwards in the features department, often coming across as more of a framework for future DLC than any full-fledged entry in what is arguably one of EA’s most successful franchises.

Activities that shouldn’t be boring; things like aggressively flirting with your uninterested roommates, accidentally destroying pricey new appliances with subpar cooking skills, molding children into miniature versions of their unwed parents — things that definitely weren’t boring in previous entries — are, in fact, boring.

With claims of EA’s resource starvation at the foot of oversights and exclusions, one wonders why assets weren’t allocated differently. I don’t need to play chess in the park with a chatty stranger; I’d rather have more career and skill choices for my Sims to explore (or an interactive work location to fiddle with). And I don’t care about slightly lengthier loading times if it means a better camera and control scheme — another of a seemingly endless index of pesky issues. Sadly, all the intuitiveness, impressive features and emotional investments are eclipsed by the games lack of refinement. The Sims 4, while fun for a handful of hours, plays like a knockoff of its predecessor, garnished with just enough newness to maintain its facade. 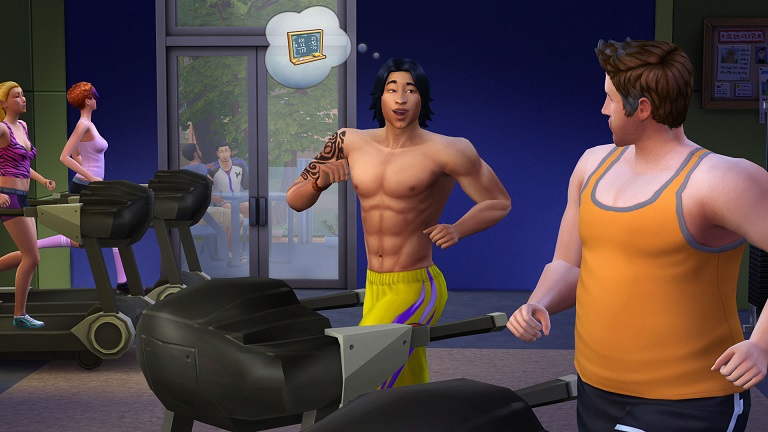 I wish I could say that The Sims 4 redeems itself on a technical level, but that would make me a liar (and a bad one at that). The game runs well enough on my high-end laptop, but it has more bugs than Australia. Ok, that’s an overstatement, but characters can’t seem to perform simple tasks without walking into each other, walls, furniture, and invisible barriers trapped between space and time. I swear, my Sims had more pathing issues than those kids from The Blair Witch Project.

The fact is, video games shouldn’t feel like a crash course in digital entomology (I’ve been waiting years to make that horrible joke), and it’s unacceptable that roofs float like they’re possessed by the worlds dullest poltergeist, or that mouse-clicks stop registering long enough to trap an entire household of people in a bathroom without a working door (don’t ask). Bugs are to be expected in a game with so many spinning gears, and being a fan of Bethesda has taught me to forgive, but there’s a fine line between the hazards of modern games development and a blatant disregard for quality.

Mind you, we’re not talking about normal, human money-loving greed. We’re talking Mr. Krabs, penny-for-a-friendship greed. We’re talking Cater Pewterschmidt’s let-people-die-of-cancer-for-money greed. The type of greed that makes a company content with releasing a glorified freemium app with multiple expansions on the horizon that should have been part of the core-game. And that’s where The Sims 4 fails both its fans and the gaming industry as a whole: it’s a half-hearted experience wrapped in a neat and pretty package that beams a potential to both fulfill and crush your inner-Sims’ dreams. 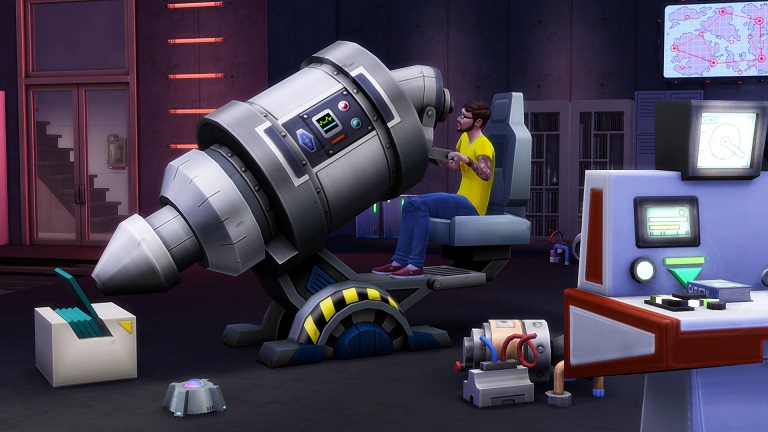 Superficially, The Sims 4 is the upgrade everyone wanted. It’s prettier, rife with the possibilities only the fourth entry in a longstanding simulation series can provide. Upon closer inspection, however, the myriad of flaws become strikingly apparent, and hints of greatness are few and far in between the layers of mediocrity coating much of its repertoire. The lack of core-features, underutilization of the impressive emotions system, flawed customization and faulty… practically everything else, only emphasizes EA’s struggle to keep its promises. Sure, your Sims can look just like you and your friends with enough patient manipulation, but how many times can you visit the same assortment of empty lots, sift through the same catalogs of home-goods and watch as your Sims perform the same actions before boredom sets in? My suggestion: wait for the inevitable bombardment of expansions before diving in; at least then you’ll have something to do once the novelty of group interactions wears off.