I don’t have many vivid memories of things I saw on my Facebook news feed, but this is one of them. I’m scrolling past updates from my friends who play League of Legends, and one post was about how a new champion added was so good. One of their friends commented “Is he worth?” to which my friend responded “So worth.”

As someone who plays Dota 2, I thought “‘worth’? What do you mean ‘worth’?” It hit me pretty quickly that they meant worth money. The concept of paying real money for a hero eludes me, as a Dota 2 player, with a game that has more than 100 heroes available to everyone, free of charge. While League of Legends is technically free to play, players can get a better experience by buying access to better champions – champions that have “worth.” Dota 2, not so. There’s not a single item in the game that can be purchased in any way to give players an advantage. This got me thinking how Dota 2 really is the only game that does Free to Play right, that is, in a way that benefits the player as much or more than the company. 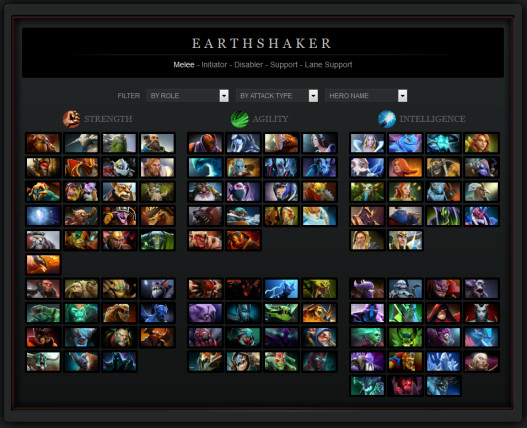 Dota 2 is free to play with no exceptions. The only items you can purchase are purely cosmetic. This makes it so everyone can have an equal experience with the entire game without paying one dime. If you want, however, you can purchase things such as outfits, environmental effects, announcer packs, HUD skins, loadings screens and couriers (an animal in Dota 2 that will bring you your items after purchasing them). You can purchase a battlepoint booster, which will increase the rate at which you level up for a certain amount of time. However, your level has no effect on the game. Dota 2 isn’t stingy with these either, as it gives you a random cosmetic item every time you level up.

This benefits the player and Valve equally, because Valve offers players items they genuinely want to buy, not have to buy or be left behind. Valve makes money, Dota 2 players look pretty. But Dota 2 players who haven’t spent any money can still stomp into the ground players who have a cosmetic set for every hero. Moving away from League of Legends (since that debate is a particularly stomach-turning can of worms), consider Plants vs. Zombies 2. PopCap was sold to Electronic Arts after the first game, and EA moved the sequel to an all-mobile platform that’s free to play, but it’s the wrong kind of free to play. It’s the kind with micro-transactions that offer a better gaming experience. 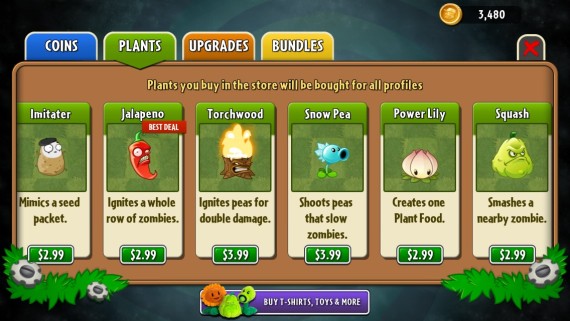 Plants vs. Zombies 2 already has 10 “premium plants” for a total cost of more than $30 altogether, tax included. And that’s just plants. You can also pay for upgrades and in-game coins. To my knowledge, Plants vs. Zombies never went higher than $20 for the whole game, with no micro-transactions, so I can only assume PopCap is making a truckload off of this. Now I know people like to point out how less than 10 percent of people who play free-to-play games participate in micro-transactions. This makes it seem like the companies are doing what’s best for the player by offering a portion of their game for free, while only making a small chunk of change on the side to get by. It’s a compelling narrative that doesn’t hold up to scrutiny. This number conveniently leaves out how much money they’re actually making from those ten percent of people who want a full gaming experience. 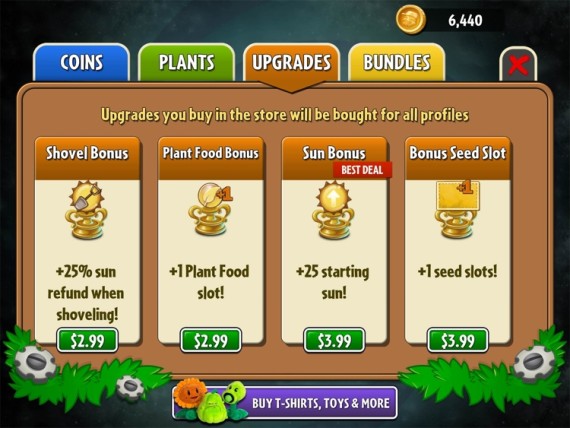 Now, let’s not get carried away. Making money is a company’s goal, and there’s nothing wrong with that. The issue is, this benefits the company at the expense of the player. Consider this: what’s to stop Plants vs. Zombies 2 from perpetually releasing new plants while balancing the zombies and expansions in a way that necessitates their purchase, as they already have? This turns the game into an infinite cash-cow that will likely make more money than if they charged a $60 flat fee by grinding it out of players who want a full gaming experience.

The same goes for League of Legends, bringing it back into the discussion, and they have shown no sign of ever stopping this practice. They release a new champion every week, some of which cost money to play, and many of which are “worth,” leaving the players who don’t have the money behind. I was this close to trying out Orcs Must Die: Unchained before I found out that it uses the League-of-Legends-style system for hero purchasing. These games are no better than the cable company. In fact, they may be worse. Imagine if every week, Comcast started a new channel with new and amazing shows, but made you pay a new fee if you wanted to experience it. 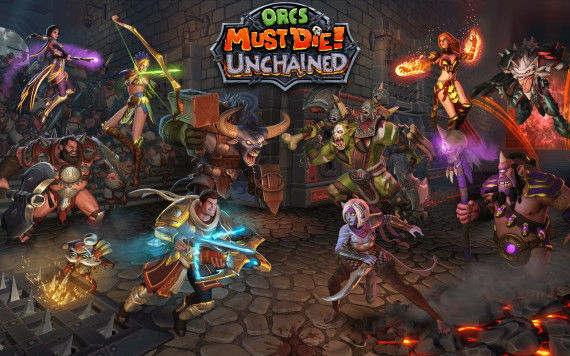 I admit that Dota 2 has the benefit of an established fan base unmatched by almost any free-to-play game (League of Legends excluded). Not many games have fans who are willing to pay for something that doesn’t benefit them in any way. Taking that into account, though, there still is no good excuse for free-to-play micro-transactions that benefit the company more than the player. Honestly, the solution is just to make your game cost money. Remember that? When games cost a flat fee for the entire thing? This was a largely successful model, and the only reason I can see for the shift is pure greed, especially by a company like EA that already has boatloads of money to roll in.

And yeah, I know these $60, AAA titles still have some greed to work through (like $10 DLC for Titanfall that’s just three maps), but it’s all manageable, and Dota 2 is still the only game to do free to play right. Beyond Dota 2, The Last of Us just had a completely free multiplayer map pack released for it. It can be done. All gamers want is a model that fosters mutually and equally beneficial purchasing. Give it to them.