Finally, we’ve received word on Diancie. After months of anticipation, it’s been confirmed that Diancie will be hitting GameStop next month. From October 27 until November 16 you can visit participating GameStop locations and pick up a code card that will allow you to download Diancie. You put in the combination and then receive your Pokémon from a delivery person in any Pokémon Center. It comes just in time for the Alpha Sapphire and Omega Ruby release. After finding Diancie’s Mega Stone in the new game you should then be able to trade either the Pokémon or stone between either X/Y and Alpha/Omega.

Another cool treat is the distribution of a shiny Gengar. This one you’ll be able to pick up sooner starting October 13 and lasting until October 26. You’ll get a code card and when it’s downloaded, Gengar will be holding its Mega Stone, just in case you needed another one. In addition to the shiny Gengar, there will be a brand new set of Pokémon Trading Cards. XY Phantom Forces booster packs can be purchased at participating stores. 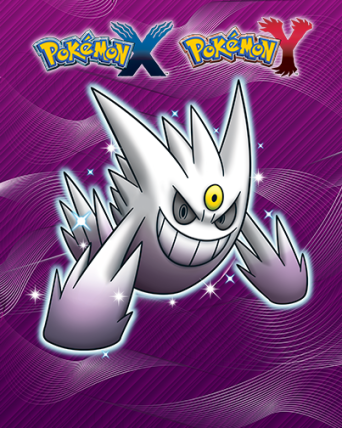