September 9 is fast approaching. While many may know that date as the day Destiny releases, others will note that it is the day Apple will debut the next iPhones. Yes, there will be more than one iPhone model debut tomorrow. We’ve collected the facts and rumors to give you an idea of what to expect when Apple takes the stage tomorrow.

Apple’s iPhone 6 models will be the biggest changes Apple has ever made to the iPhone design. Apple will be launching the iPhone 6 in two different size variations; 4.7in and 5.5in (rumored to be called the iPhone Air). The larger screen-size, up from the 5, 5S, and 5C’s 4in, is to better compete with Samsung, HTC, Nokia, and Sony who have all released phones with larger screens.

Leaked images also reveal that Apple will abandon the rectangular design it adopted with iPhone 4 in favor of a curved design reminiscent of its recent iPad models. The phone will be rounded, volume buttons will be pill-shaped instead of circular, and the power button will be moved from the top to the right side of the phone.

Finally, the final new addition to the iPhone 6’s design is the sapphire display. This highly durable material has been the center of much rumor and speculation since Apple began investing in GT Advanced, a manufacturer of sapphire displays. Rumors have been floating over what iPhone 6 models are going to get the new sapphire display, and which are not. However, there is a consensus in the rumors that the lower-end models of the 4.7in model (most likely the 16GB and possibly the 32GB model) will not have sapphire. Some rumors indicate that sapphire will only be used on the 5.5in model, though others suggest that it will be used on the higher-end 4.7in model (most likely the 64GB version). Sapphire displays are well known for being highly scratch resistant, though they aren’t shatter-proof. 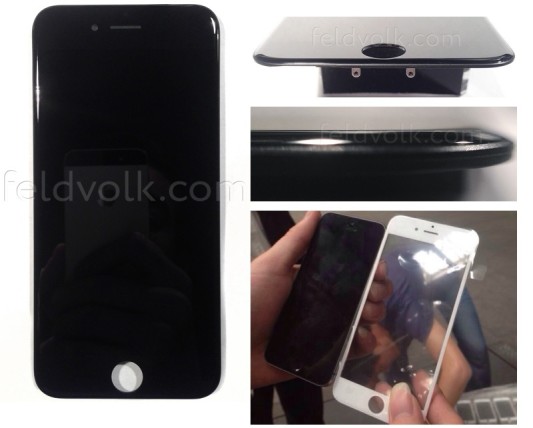 Not much is known about the specs, but there have been a few leaks to give us an idea. iPhone 6 will use the A8 chip, an upgrade from the 5S’ A7 chip. A leaked logic board has revealed that the iPhone 6 A8 chip will come equipped with 1GB of RAM, the same amount as the A7 chip, which is much less than other phones on the market. For example, Samsung’s popular Galaxy S5 contains 2GB of RAM, and their upcoming Note 4 will have 3GB.

It’s also worth noting that Near Field Communication (NFC) support will finally make its way to iPhone, a feature present in many Android phones. iPhone 6 will also feature a Qualcomm MDM9625M LTE Modem.

Like previous models, there will be different versions of the phone. The differences usually come down to how many GB of storage the phone. It is highly likely that Apple will use similar storage spaces for the iPhone 6 4.7in model:

It becomes more unclear what their plans are for the 5.5in model. With the sapphire display, and larger screen Apple will most likely be asking consumers to pay a higher price than with the 4.7in model. As such, there may be different storage sizes. In order to differentiate itself from the 4.7in model, Apple is reportedly going to include a 128GB 5.5in model, a significant upgrade from previous storage options.

iOS 8 made its debut at Apple’s Worldwide Developer Conference (WWDC) back in June, but you can expect Apple’s latest mobile OS to take center stage on September 9. Simply put, iOS 8 was built with iPhone 6’s brand new features in mind. For example, the larger screens will undoubtedly benefit the new and improved keyboard coming with iOS 8. You should also expect some NFC demos to pop up.

Apple will also be more than happy to show what it’s app developers have been up to, including game publishers. Like previous iPhone and iPad reveals, you can expect games to pop up sometime during the press conference. Apple loves showing off just how beautiful games are on their devices, and boasting how many apps are downloaded off the App Store. While Apple mainstay Infinity Blade is finished, we could see another big Unreal Engine project take its place. Of course, EA has been on Apple’s stage before so it’s always possible they’ll make a return visit.

Finally, expect a big push on the health front. iOS 8 introduces the new Health app, which is part of the health craze sweeping the nation. Apple will be pushing this hard at the event, showing all the ways iPhone 6 and the new app can improve your life. We may also get an iWatch announcement. 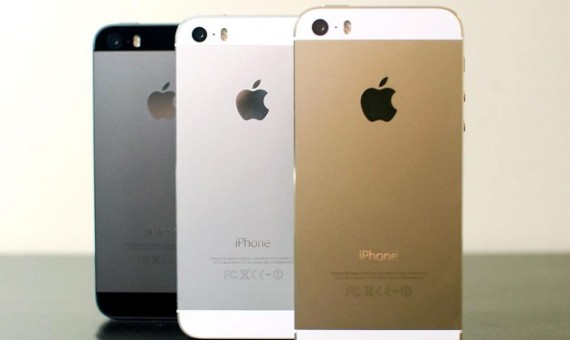 The previous generation of iPhones won’t be a huge section at Apple’s conference, but time will be spent highlighting sales of the devices, and the fact that the prices will be dropped. The iPhone 5S will be come the mid-range iPhone model, the iPhone 5C will become the cheap model, and the iPhone 4S will be completely phased out of existence. Based on previous years, here’s how we expect pricing to work (All pricing is based on a new 2-year contract):

Based off of previous years, we can estimate when the iPhone 6 4.7in will be made available for pre-order, and then when it will released. Apple always announces their phones on a Tuesday with the pre-orders opening for the phone beginning at 2am Central/12am Pacific on Friday. The iPhone 6 will be revealed September 9, which means that pre-orders are likely to begin Friday September 12. All previous iPhones then release seven days after pre-orders, which is always a Friday.

At least those wanting an iPhone 6 4.7in will more than likely be able to get one on launch day. Production for the 4.7in model reportedly began in July, and production on the 5.5in might have began in August. Apple knows that people are hungry for an upgraded iPhone, and they are prepared to deliver.

Anticipation over the iPhone 6 is at an all time high. Rumors are running wild as we approach September 9 when Apple CEO Tim Cook takes the stage and shows us the next generation of iPhone. What we have just presented to you is a long line of rumors, speculation, and leaks that we hope enlightened you about iPhone 6. Soon, we’ll know the whole truth from Apple.

For more Apple, iPhone, and iOS rumors be sure to check out MacRumors!

Thanks to feldvolk for the images.