Many Kickstarter campaigns over the last few years have boasted a return to “old-school” design sensibilities, but few were quite as exciting as Project Eternity. Obsidian is home to developers behind some of the most beloved isometric RPGs in history, and the prospect that the likes of Chris Avellone might again work on the kind of game they used to make in Bioware’s Infinity Engine was an exciting one indeed. Judging purely in terms of monetary success, backers found it even more exciting than the prospect of a new Tim Schafer point-and-click, as Project Eternity managed to beat Double Fine Adventure’s Kickstarter record with a whopping $3,986,929. (it would take another isometric RPG, Torment: Tides of Numenara, to break the record agan)

Since then, the project has been given a proper title: Pillars of Eternity. With each announcement related to the game, the fervor of its fans only seems to grow. Last month, backers were able to enter a special closed beta, exploring side content in the game from levels 5-8 (Obsidian is very insistent that nothing in the main story be spoiled). At PAX I was able to sit down with this beta build and see how the game squares up against its own hype (not to mention its immense budget). I saw a lot within a very short time frame, and I’m a little baffled, but also thoroughly impressed. 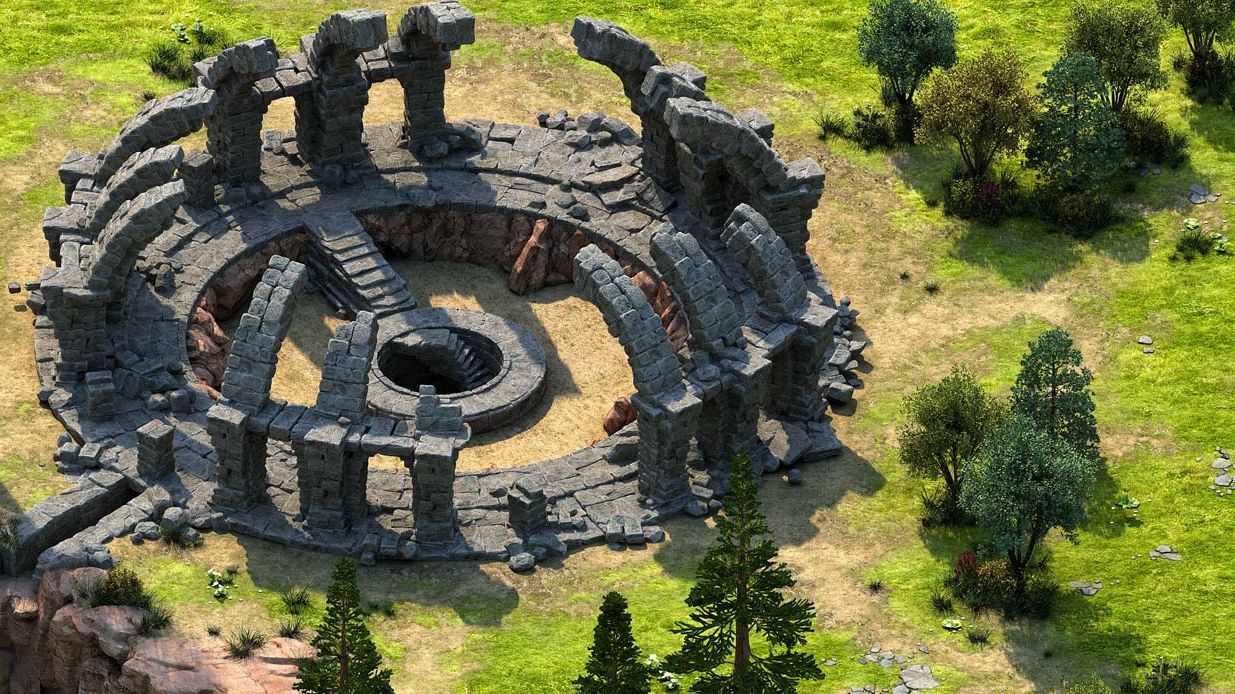 Pillars of Eternity is a daunting game. With six races and eleven classes to choose from, as well as specializations within each class, there are more ways to play it than any one player will ever be able to try. And you shouldn’t go in expecting just standard fantasy fare, either – Obsidian went and invented a slew of original classes and races for Eternity’s world. Pillars is deeply customizable in ways that no modern-style RPG can match (at least, not within a reasonable budget). If you’ve missed the openness afforded by 2D graphics and largely text-based stories, then you won’t be disappointed.

Another tradition that Pillars of Eternity proudly upholds is that of brutal, crushing difficulty. If you don’t keep careful tabs on your party, most of it will end up dead within a few seconds of entering combat. Enemies in this game are tough, and defeating them requires strategy. You can pause the action at any time to issue orders to your allies, and you’ll need to do so liberally in order to react to threats and survive. It’s a meaty combat system that leaves you with plenty of angles to cover and possibilities to worry about. In many ways, it feels like a classic tabletop system, complete with a virtual d100 (which can be made visible or hidden depending on your preferences). The difference is that battles move much more quickly, and are measured in seconds rather than rounds.

Outside of combat, you’ll need to manage your characters’ status. You can recover from battle by resting, but doing so consumes limited camping supplies – you won’t be able to stay out in the wilderness indefinitely. On higher difficulties, you can only carry a few supplies at a time, so you’ll need to make frequent trips back to town to restock and rest at the local Inn. Of course, there are other items that you’ll need to keep a large stock of as well, such as food and potions. Pillars of Eternity makes use of a crafting system that allows you to create your own items, as well as modify your equipment.

Pillars of Eternity asks you to do a lot of number crunching, but the game isn’t driven solely by combat. Obsidian has crafted a rich, robust dialogue system that makes use of multiple social stats and allows you to make big, story-altering decisions. Your character will develop a reputation for being serious or snarky, generous or selfish, depending on the choices that you make, and this reputation will color how people react to him in future encounters.

It must be noted that Pillars of Eternity looks gorgeous. Pre-rendered backgrounds are something of a lost art in the modern game industry, but Pillars use of them to great effect. Not only are the backdrops detailed and artful, they’re quite impressive from a technical standpoint. Streams and rivers are brought to life with spectacular water effects, and the lighting on every scene can change to reflect the time of day. I’ve never seen anything with this level of fidelity and artistry, and I’m eager to see more.

Pillars of Eternity is the throwback that old-school RPG fans have been craving, but with modern production values that will let it shine on powerful gaming rigs. With myriad gameplay systems to sink your teeth into and an epic, branching storyline penned by some of the industry’s best talent, this is one of the most promising RPGs in production right now.