New games inevitably get compared to older ones. Regardless of whether or not these comparisons are 100% accurate (after all, a new game is new for a reason, they’ve inherently never been done before), they end up getting made constantly. Fortified, the new third-person shooter/tower defense title from Clapfoot Games, will end up getting hundreds of comparisons thrown its way. Though this sort of genre combination hasn’t truly been seen, it’s easy to think of a number of titles that can be used to describe its gameplay. It’s PixelJunk Monsters meets Team Fortress 2 at its core, though this simple combination of excellent titles doesn’t necessarily do Fortified justice. Not only is Clapfoot’s new game a beast all its own, but it had arguably one of the strongest combinations of strategy and pure silliness of any game I’ve spent time with in 2014.

The demo of Fortified that I had the opportunity to play was a round-based, class-based horde shooter that allows players to set up weapons and barricades at any time. Tasked with protecting a given spot on the map (in this case, literally a tower), players have to use the myriad of tools at their disposal. Both defense objects and weapons are found in the same menu bar, easily navigated by pressing the two bumpers on the controller. See, in Fortified, guns, launchers, and tower defense items help the group accomplish its goal, meaning that every item available has equal importance. A placeable turret is just as important as a rocket launcher. A well-designed maze of walls can be just as useful as one’s primary weapon. Even verticality plays a role, as my jet-pack enhanced soldier was able to zoom around the air surrounding the countless robot foes, allowing me to stay safe and alive. Strategy oozes out of every inch of Fortified, so much so that it’s impossible to think of every plan of action players will end up using. 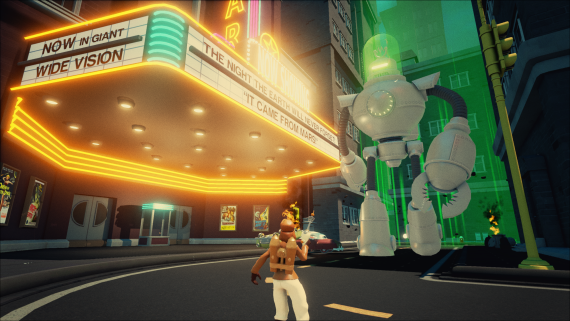 Though there will inevitably wind up being more modes available at launch, the standard horde-based affair offers a great deal of replay value. It took a few minutes before I figured what was going on, but once I did, I instantly wanted to think of new ways to starve off the robot masses. Every placeable item consumes a standard in-game currency, so it’s up to players to decide the value of each tool. Is it more important to place a number of laser-based proximity weapons on a number of buildings, or would it be better to place turrets around the tower itself? Every round victory grants players the ability to buy more items, thus giving success a tangible reward. It should be noted that one of the smartest mechanics in Fortified is the ability to pick up an item and regain the full amount of the currency used to purchase it. This allows players to forgo the frustration of a misplaced weapon and focus on the goal at hand.

One of the themes of PAX Prime 2014, and seemingly the young console generation at large, is smarter artificial intelligence. From Below‘s emotionally-developed packs of dogs to the angry orc captains in Middle-earth: Shadow of Mordor, more intelligent non-player-characters are permeating the gaming landscape. Clapfoot decided to purposely go the other way with Fortified‘s enemies, though this doesn’t mean they didn’t consider context. The robots that players are constantly fighting are dumb as dumb could be, but this makes a staggering amount of sense. If some random being had the singular goal of destroying a massive tower, wouldn’t it make sense that this being would program his or her robot allies to do nothing but destroy said tower? Isn’t it logical that these robots would destroy anything in their path in order to achieve their only goal? Every bit of Fortified‘s enemy design makes sense, from the tiny robots that populate the opening rounds to the massive android boss that makes players lives a living hell later on. 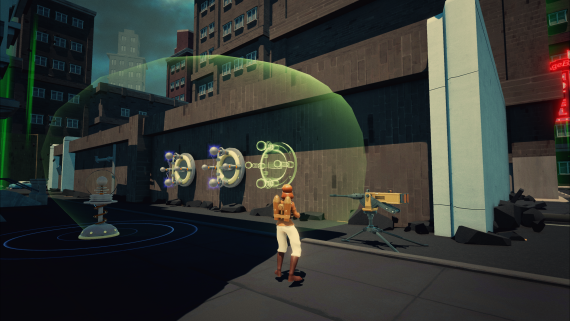 The most important takeaway from my limited time with Fortified is that Clapfoot appears to be committed to developing a fun, exciting product. The original Instagram-filter color-scheme hurt the gameplay, so a fresh dose of color was put in. The Clapfoot team was extremely receptive to comments and advice (I mentioned that a separate, optional button used for switching between a player’s two weapons would be a welcome addition to Fortified‘s interface), showing that the developer is interested in making the best game possible. The foundation for a great experience has definitely been set, as this tower defense/shooter mash-up is nothing short of a blast to play with friends. If you’ve been curious about what the most pleasant surprise from PAX Prime 2014 was, look no further.