According to GameInformer, the long awaited Final Fantasy XV will be getting a demo sometime in 2015.

The demo will be called “Episode Duscae” and will focus on the beginning of the game and some elements have been altered to make the game feel more like a demo. Also announced was that Final Fantasy Type-0 HD will be released on March 17 in North America. It was not confirmed whether the two will be available the same day, but the demo will be available for PS4 and Xbox One when it is released.

GameInformer broke the embargo on the information released and it has since been pulled. Here’s a screen of the article. 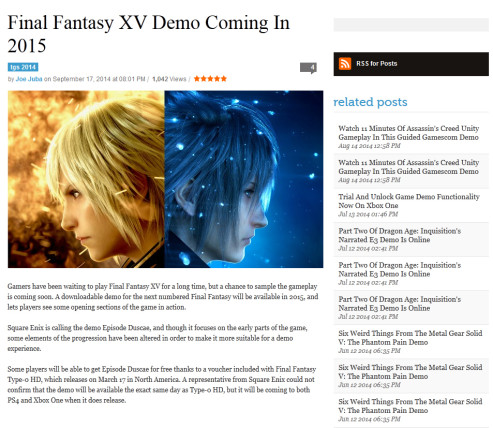