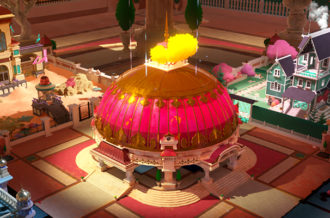 “What in the hell is this game?” are likely the first words that ran through your mind when looking at the Steam page for Uriel’s Chasm. At least, that’s what I said to myself after first discovering the new game from Rail Slave Games. Checking out the description doesn’t help and even the screenshots and trailer video are confounding. I had to actually play it and see if that would help me to understand. Uriel’s Chasm is so surreal that even after completing it, there’s still so much left unexplained.

Here’s the basic story pitch from Uriel’s Chasm: Sister Tabitha has been sent into deep space in order to investigate orbital monastery Enoch’s Hope. For reasons unknown, the monastery has simply disappeared. Tabitha hopes not only to discover it but save the crewmembers as well. But there’s also a meta story encircling Uriel’s Chasm. Apparently, two best friends, reviewers known as the “Shovelware Queens,” have picked up a Uriel’s Chasm cart and decided to give the religious game a shot. As you, the player, run through three stages you get to see how the Shovelware Queens react as well. It sounds weird, but is a surprisingly effective narrative technique.

So, Uriel’s Chasm is meant to be a 90s piece of religious shovelware. Its contemporaries, then, are the likes of Super Noah’s Ark 3D and Bible Adventures. Just like these titles, gameplay is effectively a confusing mishmash of genres and laden with biblical references. The first section is a top-down shooter which obviously makes perfect sense. You pilot Sister Tabitha’s spaceship and shoot at asteroids in order to collect faith, ammo, or fuel. While flying the skies, a gigantic creepy maw slowly trails after you with pulsating music playing throughout. It’s all very weird, but that’s just the start. 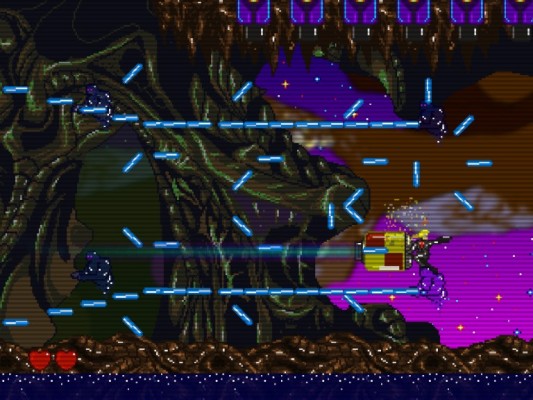 The next two gameplay sections offer different styles of gameplay. At least the second feels thematically similar to the first. In it, you’re basically playing a side scrolling shoot ‘em up. Enemies include spinning crosses, gnarled trees, and mechs. After that comes a platformer of sorts with overtly religious imagery. Having that sort of thing alongside the trashy shovelware backdrop feels wrong – but that’s the point. Something is incredibly off with the game which compels further playthroughs. Of course, even after a few I still can’t wrap my mind around the game’s point (if there is one).

You can’t save or load at any point but each section is pretty short. Actually, the whole game is, clocking in at an hour or under for skilled players. That’s one thing that often bothers people. Another area is graphics because Uriel’s Chasm sure looks ugly by typical standards. The pixelated artwork is not NES or SNES style blockiness and there are multiple art styles utilized. Such a lack of cohesion is almost unnerving. Again, it is seemingly purposeful to make it feel just like an unlicensed console game of the past. With that said, a lot of prospective players will avoid this game because it exudes a gross, confused atmosphere. 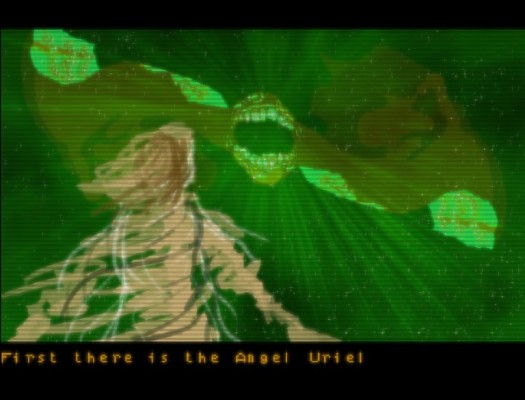 It should be immediately apparent to anyone who has looked at Uriel’s Chasm that it is not a game for everyone. It doesn’t attempt to make players feel nostalgic about wonderful RPGs or platformers of old. In no way does it try to be a modern “retro” classic. Instead, Rail Slave Games pursues a specific aesthetic that no one else is going for. Those who appreciate indie games, particularly ones that push boundaries of what is acceptable for games, should pursue this. Uriel’s Chasm is an uncomfortable, avant-garde title that has hooked me. Chances are more unsuspecting players will continue to fall under its strange spell.