Teslagrad hit the PC last year, and finally hits the Wii U with a definitive offering that makes use of the system’s unique hardware. The Wii U’s got a ton of platformers already, but it’s lean on puzzle-based ones, and this help fill that gap. Teslagrad‘s adventure starts off rather suddenly, with armed forces rushing your home and forcing your young player character into a game of cat and mouse with a guard. It’s one of the best opening scenes ever in a game like this, and really makes you feel for your character immediately. You’ve got a burly dude coming after you, rain falling, and as each drop hits the ground, you’ll get more tense as the situation feels dire and hopeless. Finally, you enter a giant castle which actually serves to cut the tension even though it’s just you in this giant, isolated area.

The core of Teslagrad, as the Tesla name would imply, is electricity. Puzzle-platforming is the core gameplay setup, with a touch of Metroidvania thrown in with the elaborate map that is by default on the GamePad screen (although off-TV play is an option). There are blue and red magnets around the world that can be moved around with your magnet-altering gloves. Red attracts blue and the opposite holds true, resulting in like-colored magnets attracting each other. This plays into the order in which puzzles are solved. You’re never given more than you can handle at a given time since powers are doled out incrementally and there’s only have a handful of possible options to actually solve a puzzle. Trial and error is still a big part of things though, and platforming skill will come in handy. Fairly early on, the ability is gained to zip through areas with a pseudo-dash and that’s when platforming skills get tested. A dash must be paired alongside a jump to reach the next area, and then resume the magnet-based puzzles. 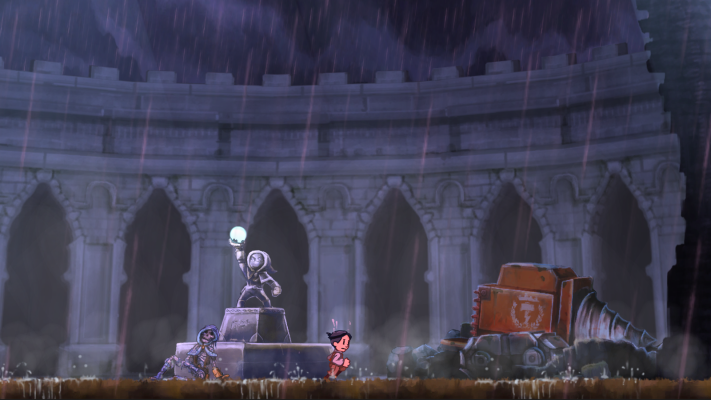 The control layout is easy to learn, with B jumping, Y dashing and the shoulders and triggers controlling magnetic powers. The ZL/ZR buttons control the gloves, while the L and R buttons control the cloak that can be used to control yourself within a magnetic field. Like with dashing, this will test platforming mettle as precision is needed to progress. Early on, fields can be flown through, but later switching from one kind to the next swiftly is necessary to move on. The challenge ramps up frequently, but fairly. You’re always given a new skill, taught how to use it, and then practically have to apply the skills in succession to get through a stage. Boss battles are the ultimate reward, and feel like a real threat since you have no offensive attacks — it’s all about manipulating the environment around you to win.

Visually, Teslagrad features sharp graphics in every way. Your character has a distinct black outline in places, but not over his whole body. This allows him to stand out against all of the backgrounds. The same holds true for basic enemies and bosses, which makes judging distance a little easier since you don’t have a black outline to consider as well. The environments have a hand-drawn art style that is full of rich colors. While each screen has a distinct color design to it, the overall variety from screen to screen is impressive. Sometimes, you’ll be bathed in yellows and oranges, while grittier Earth tones could await you right around the corner. No matter what you’ll be looking at, you’ll be impressed by it. Character animation is smooth and the overall look of the game is very polished. There isn’t a weak link in the visual chain, and that makes this one of the better-looking games on the platform. Even on the sub-HD Gamepad, the visuals look sharp. 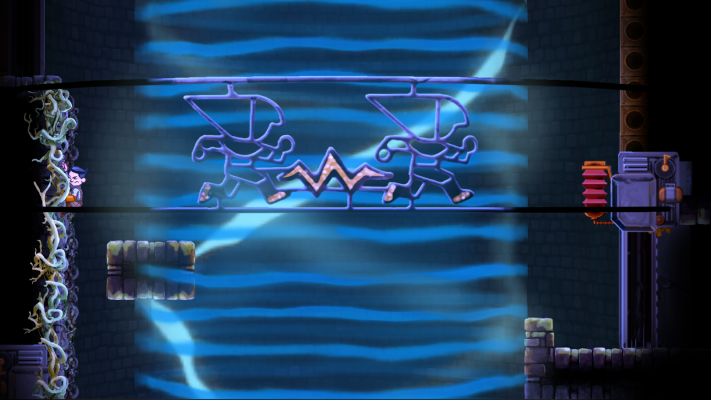 Teslagrad‘s sound design is just about perfect. During the earliest portion of the game, when your world is full of confusion, the violin-filled soundtrack paints a bleak picture. Things brighten up a bit with drums, but the overall tome is still far from happy. Boss battles feature faster tempos, while the slower pace of the regular music allows you to focus on the puzzles themselves. The music plays a crucial role in the game, and while some puzzle-platformers fare better with the music lowered, that isn’t the case here. The soundtrack tells a story of sadness and hope, while the sound effects play off of the environment flawlessly. If you’re in a factory, you’ll hear tons of clanking, and while you’re in the area and everything there should clank, it still unnerves you a bit. There’s still tension causes just by the clanking of the steel, and it greatly adds to the immersiveness of the game. 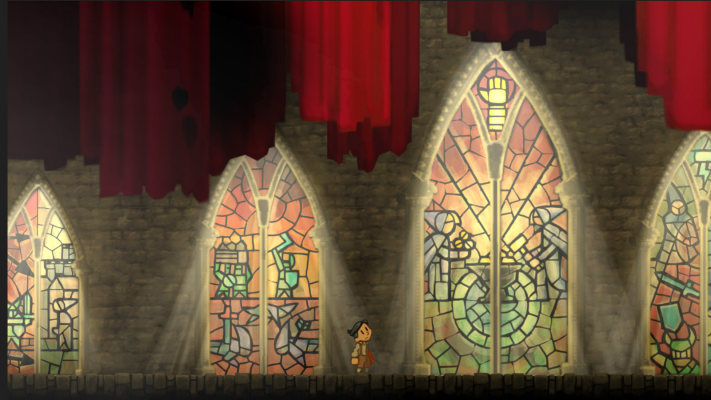 Teslagrad combines puzzles and platforming in a way that feels both familiar and new. The Wii U version is the first out of the gate on consoles, and thanks to off-TV play, will likely be the definitive version of it outside of the PC.  The mix of gameplay elements is balanced, and the use of so much platforming compared to most puzzle-platformers makes it a fine choice as a gateway game for the genre. Teslagrad controls wonderfully with the Gamepad, and looks great on either a TV or when displayed on the GamePad itself. The sound design is stellar, and some of the best on the Wii U so far. Those yet to try out the PC version should pick it up here, as it should be enjoyed by anyone with an affinity for logic puzzle-filled games, or platformers.