Some games aren’t worth the $60 release price. Or half as much, for that matter. How many times have you bought a game and told yourself that if it’s terrible, it was only five bucks? This brings us to the “Bargain Bin” realm of gaming, a second glance at games far enough down that they don’t see light. Guilty pleasures are a blast — so long as no one’s watching.

I know what you’re thinking: nobody played Brink. Well, duuuuh! That’s why it’s going for $5 at Gamestop, Sherlock. I mean, it’s a class-based multiplayer shooter that isn’t Team Fortress 2. Frankly, it didn’t have a suburban kids chance in Harlem at finding any sort of mainstream success (surly not at its original retail price). Thing is, it’s a legitimately good game. It didn’t deserve it’s first ridiculous price-drop, the subsequent and equally ridiculous price-drop or that final face-palmed plummet into the deepest depths of bargain bins.

Granted, Brink doesn’t reinvent the FPS wheel, and in some respects it drags knuckles through some strangely omissive features and grossly unpolished visuals, but it’s a well-endowed experience where it counts most: the fun factor. And that’s something that can’t be said about most shooters littering the marketplace. Honestly, why the hell are you still reading this? It’s freaking $5. 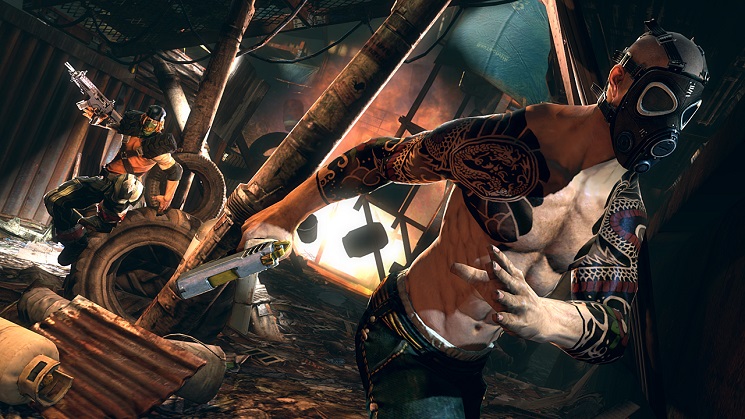 I won’t bore you with the games futuristic setting of rising sea-levels and floating cities. The single-player campaign, which is  — as typical of the genre — comprised of a series of objectives, isn’t riddled with artless, cringe-worthy dialogue or pointless exposition. There’s a good, if somewhat bare-bones story to run (jump, shoot, blast) through, challenges like Tower Defense and Parkour modes to crush and a few not-so-friendly records to set.

Brink is not another inexcusable Call of Duty clone that fails to nail whatever appeal that series holds. It’s a creatively pieced-together FPS with some impressively implemented features (such as a free-running element that transcends genre norms by not being a clunky afterthought). And while all that stuff is neat, it’s just the skeleton supporting Brink’s fleshiest selling point: its level design.

I’m convinced that’s where most of the resources were crammed, because every slice of world in Brink is fun to traverse. Stages encourage the utilization of free-running, opening up a world of awssibilities (awesome possibilities — make it stick) and some nifty opponent ass-kickery. In the end, it translates into basic objectives that feel less like checklist chores and more like frenetic dances. Couple that with oodles of unlockable goodies and you have yourself the James Braddock of Shooters. The problem? It’s not fun to play alone. 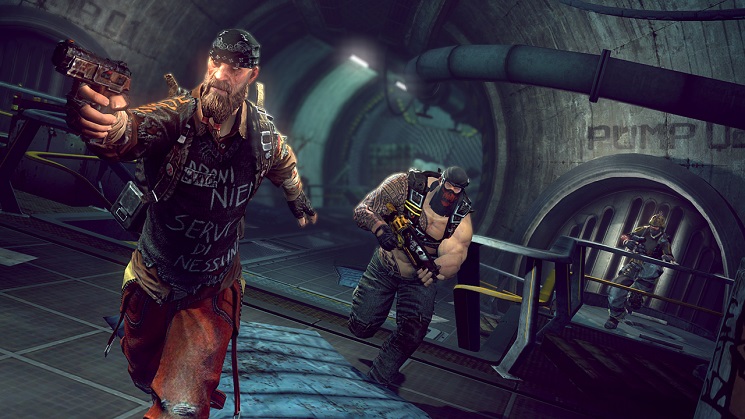 If you don’t have access to an internet connection, you should probably reconsider some of your life decisions because it’s 2014 and what the hell is wrong with you? Also, don’t play Brink because it’s best enjoyed with friends (which, unfortunately, requires PSN/Xbox Live). If you don’t have any friends, your time would probably be better spent making nipple-belts and stitching together lampshades from human skin.

For the rest of us: having pals to play Brink with cranks the game from run-of-the-mill to pure, unadulterated greatness. It’s objective based, emphasizing teamwork in place of quick-scopes and killstreaks, so tackling maps with buddies is almost as rewarding as accomplishing real-world goals like finding a “real job” or “not binge drinking.”

I’m not ordinarily an FPS fan. I don’t like being a beefcake’d dude taking orders from other beefcake’d dudes to shoot up less favorable beefcake’d dudes. There’s no lineup of empty Mountain Dew bottles on my headboard, and my controller is Doritos dust free. One Starbucks coffee worth of dollars later, though, and I’ve been grinning cheek-to-cheek like a tan-skinned, chubby Joker. No, I didn’t buy a handful of Chaturbate tokens. I bought Brink, and while it’s certainly no Lee Carvallo’s Putting Challenge, it’s an engaging online (and offline) fun-fest worth every penny of its foodstamp price-point. Conclusion: if you’re looking to ‘spolde some heads with your friends (and you don’t own any machine guns and trenchcoats), you could do a lot worse than Brink.