Dark Horse has made waves among gamers – collectors especially – over the last few years. Their comic books based on Mass Effect, The Last of Us, and Tomb Raider have shed new light on the canons of those respective universes, and their art books  offer glimpses into the creative efforts behind some of our favorite titles. I sat down with Dave Marshall, the editor behind many of these books, to discuss what it’s like adapting games to print.

[Hardcore Gamer] Can you tell me a bit about the history of Dark Horse?

[Dave Marshall] Dark Horse was founded back in 1986 on the principle of “creator-owned comics” -meaning that creators should be able to reap the benefits of the things that they originate – and high-quality licensed comics.

Similar principles to Image then? But with a licensed comic business on top of that.

Exactly, we’ve carried that tradition for 30 years now. And the video game comics that we do fall into a long line of licensed books including Aliens and Star Wars.

You guys got into the game business with Mass Effect. Was that an immediate success for you? Or did it take a while to take off?

We launched our first Mass Effect comic series, Redemption, right around the launch of Mass Effect 2, and as soon as ME2 released we sold out of our first run. We had to go back to print several times, so Mass Effect was definitely a success for us right out of the gate, but that was our first video-game-related comic, and it was proof that we could continue to grow in that area following the principles that we established with those first books.

Which lines have you worked on personally?

I work on both of our Bioware product lines – so the Mass Effect comic line and art books, the Dragon Age comics, art book, and lore book. I’m also working on our Halo comic series and our ongoing Tomb Raider series. We’ve also done several books for EVE online and we’re doing several more. I do a lot of video game stuff, I’m a big game fan, so I try to do as much of these kinds of books as I can.

And the Witcher comics?

Daniel Chabon is the editor that works on The Witcher. That’s a great program. I’m really excited for The Wild Hunt .I’ve been reading the novels that the games are based on and it’s been fantastic. We’ve done one comics series and we have a lore book covering the entire history of the universe.

I think The Wild Hunt is going to have the biggest reach of any Witcher game so far. They’ve been slowly building their audience with one critically acclaimed game after another and this is going to be a great opportunity for people who may not have had a PC to play the first game, or had an Xbox for the second one to fill in all the gaps in their knowledge before they dive into The Witcher 3.

You’ve been working with Naughty Dog a lot too.

Dark Horse has a great relationship with Naughty Dog. It started with comic series tying into The Last of Us – American Dreams, co-created by Neil Druckmann and the artist Faith Erin Hicks, who just won the Eisner award this past summer. Since then we’ve also developed a book showcasing the art of Naughty Dog throughout the whole history of their studio that’s going to be coming out in October. I certainly hope that that relationship will continue to hold as things move forward. They do really amazing games.

I see a lot of figurines in your inventory as of late. That seems new for your game licenses.

As you can see we have some Zelda statues here at the show, those are new. We’ve also done a whole line of ships in the Mass Effect universe. We have some Dragon Age statues. We have patches, playing cards, lots of stuff.

We build a relationship with the publishing team because we want to work really closely with developers to tell stories and create books that feel meaningful to fans of their games – that don’t just feel like a cash-in. Once those relationships are established, that often leads to other kinds of product that would be appropriate for that universe, whether it’s science fiction or fantasy. 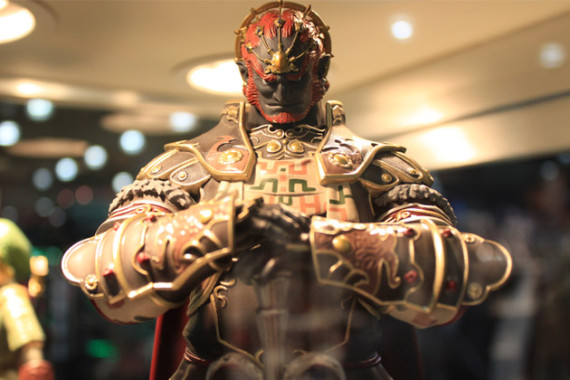 You’ve also got a lot of art books. Is there a similar contracting process to get those made? Or are they part of your comic deals?

They’re a separate deal. We got the inspiration to work on those books when we started work on the comics. Of course you need a lot of visual reference for your artists, so these developers shared this amazing concept art with us that no one had ever seen outside of the studio. It just felt like a crime that this stuff wasn’t available for the public to enjoy the way we were.

That lead to some of our first art books, where we could share the whole creative process. Show off this amazing art that these people been created over the years while developing these games. That’s the driving force behind all of the art books we do now. We want to give readers insight into the creative process. All of our captions are written by the artists and developers. We really want to take people behind the scenes and show them how much work goes into these games that isn’t immediately obvious.

You’ve done a lot of pack-ins with special editions lately too. For instace, The Last Of Us  came with your art book and comic.

Yeah, the Witcher comes with a statue that Dark Horse helped to produce and a comic. We’ve done comics for the collector’s editions of Mass Effect 2 and 3. It’s really a natural extension of our relationship with these developers. We want every comic that we sell to be canonical. Something that players feel is true to the games that they love. So when we build that foundation, it helps to cement that. It makes perfect sense to have our books in with the games when we can.

Are there challenges in telling these adapted storylines as canonical expansions of each series?

I think the most obvious challenge is that we really wanna work closely with developers, but of course they’re busy working on their games. Time constraints are something that we always have to keep in mind, and we work around that in various ways. Sometimes the lead writer for a game will have time to write a comic for us, and that’s amazing. Sometimes, they won’t, and they’ll provide us with an outline that a comics writer will come in and work with. They do approvals on every stage of the script and the artwork. We try to find creative ways to get developers involved with the process as much as they’re able to be, so long as they don’t have a video game to finish. 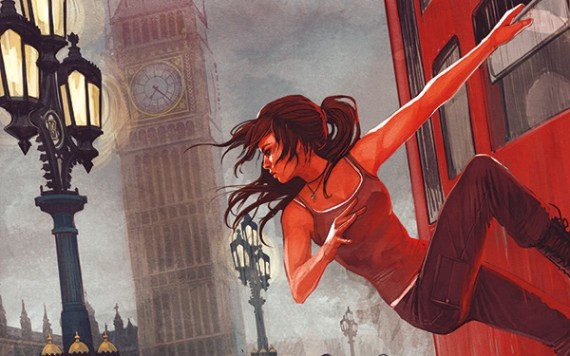 Of the comics that you’ve adapted, what’s your personal favourite?

I have to say that Mass Effect is my first love. I played that first game before we ever had a video game comics line – before we’d ever reached out to Bioware – and I feel really fortunate to have had the opportunity to contribute to that universe. Several of the series that we’ve done have actually lead into DLC that they’ve released. The Mass Effect: Foundation series that ran all last year leads directly into the events of Citadel, the final DLC of Mass Effect 3, to me that has been really gratifying.

On that note, which of the Mass Effect games is your favourite?

You really have to play them as a single game. I couldn’t pick a favourite, because I couldn’t imagine playing 2 without 1, or 3 without 1 and 2. To get the really transcendent part of that experience you have to go all the way through, and I think that’s what makes Mass Effect so unique and so special.