The Shin Megami Tensei franchise is not without its share of deviations from the core content, but 2012’s Persona 4 Arena was in itself a spin-off of a spin-off. Taking place in the Persona 3 and Persona 4 world, what fans received was an unusual take on the compelling, story-driven RPG. While combat is in the series’ nature, traditional sprite-based fighting was no doubt an interesting new take, putting friends up against one another in an all-out brawl. With its success, Arc System Works continued to work on the project with Atlus, even going as far as creating a sequel filled with a new story and upgraded mechanics. Whether you’re a fan of Persona or fighting games, Arena Ultimax seems to offer something for everybody.

Starting off with fans of the RPG series, Persona 4 Arena contained a massive somewhat-branching story to complete, and Ultimax is no different. The Story mode is told through a visual novel-style structure where character stills appear on screen and a hefty amount of dialogue is spoken. True to its predecessor, Ultimax features an incredible amount of plot to dig through, with the opening chapters alone for both scenarios taking upwards of an hour each to get through. Because of this, even fans of the Persona franchise who are more interested in the story than the fighting components will have something to look forward to, and it certainly bodes well for them that fights are pretty much set to easy. Whether they want to actually trudge through it is a different story. 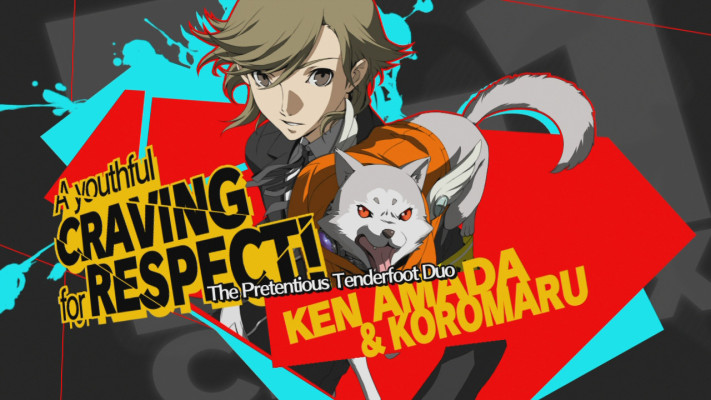 The story mode takes place almost directly after the events of Persona 4 Arena where the team showed Labrys off. Unfortunately, it would seem like the TV world is leaking out into the real world and shadow versions of the cast run amuck, fighting to win the new P-1 Climax tournament while a mysterious new figure named Sho Minazuki has appeared. All of your favorite characters return in Ultimax, along with the inclusion of five others: Persona 3’s Junpei Iori, Yukari Takeba and Ken Amada (assisted by Koromaru), Persona 4’s Rise Kujikawa, , and the mysterious new Sho Minazuki. The roster itself has been upgraded from thirteen combatants to seventeen and if you count their Shadow counterparts, the number doubles. There’s a much stronger variety this time around, even giving those such as Rise time to shine rather than being benched on the sidelines. In addition, there will also be two free downloadable fighters (Adachi and Marie) that will be made available at launch, along with Margaret a week later at an unknown price.

Unfortunately, the excruciatingly long story mode has a significant flaw, and it’s not the length. It’s the dull and filler dialogue that dampens the experience. It feels artificially stretched out when so much of the game could be cut from existence and we’d still understand the story and events that transpire. Persona games in the past have generally had clever and well thought-out dialogue, but a lot of it here feels forced, trying too hard to appeal to fans rather than exploring new and fresh ideas. Hours upon hours of plot flies by with little character development. This is mainly because the story is broken up into segments between characters that we don’t actually get to better know the cast. Fortunately, an interesting twists is that there’s two interconnected scenarios that follow both Persona 3 and Persona 4 members. The Persona 3 section is significantly better between the two as you get to learn more about Junpei, Yukari and Ken’s personal lives. It’s just unfortunate they’re placed in a throwaway story. 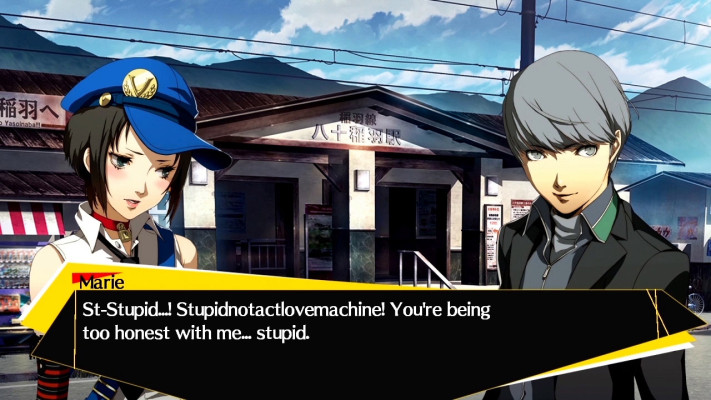 Those who are familiar with Persona 4 Arena will have a perfect grasp of what to expect gameplay-wise,. This is more or less the same engine and mechanics we’ve become accustomed to, just with some alterations and tweaks. The combat itself can be surprisingly deep, setting up massive combos, performing various cancels and even readying counters, but at the same time, newcomers to the fighting game won’t have much trouble adapting. There’s a strong balance between accessibility and depth, allowing for everyone to have fun. The online mode will no doubt be there for those who are looking for a challenge, while the story mode itself is far from difficult. As for the new characters, they are strong additions to the existing roster. The dual wielding Sho is fast and doesn’t contain any Persona traits, Rise and Yukari use their range to get the advantage on their opponents, Junpei is a much more up close fighter, and Ken has the freedom of going between both thanks to his lengthy spear. The shadow versions of characters are an intriguing twist as not only will there be altered attack patterns, but Bursts are turned into a move called Shadow Frenzy, reducing the cost of SP for a given time. Because of the rather disappointing story mode, it’s the gameplay that most people will come to love Persona 4 Arena Ultimax for.

By far the best and biggest new addition to Persona 4 Arena Ultimax is the Golden Arena Mode. If you’re familiar with how traditional Persona games worked in the past, it’s basically an integration of that to a much lesser degree. Instead of capturing horrific monsters, leveling them up and fusing them, each of the thirty-five characters, which includes shadows, are able to fight through various difficulties and level up by doing so. Certain levels give the character specific skills that will carry into battle, such as greater attack power or maybe the opponent starts with less health. This is a compelling feature for those looking to see progression rather than move through static modes. It really helps bridge the gap between RPG and fighting game.

As per usual, there’s an Arcade Mode that nicely sums up the story to a certain degree, a Score Attack Mode, a Versus Mode, a Challenge Mode and, of course, player and ranked online modes. The online component has also been touched upon, adding an “enlist” option so it will continuously search in the background for fights, and a lobby system that sometimes makes it difficult to get into a battle. By giving the player an avatar and have them move through an arcade establishment, the lobby an adorable way to handle setting up games, but there should have been some way to find those in the same region as you, because playing the game pre-launch in North America set us up with Japanese players, and connections were less than ideal. Regardless, it’s an enjoyable way to interact with online players rather than seeing a static avatar image in a menu. 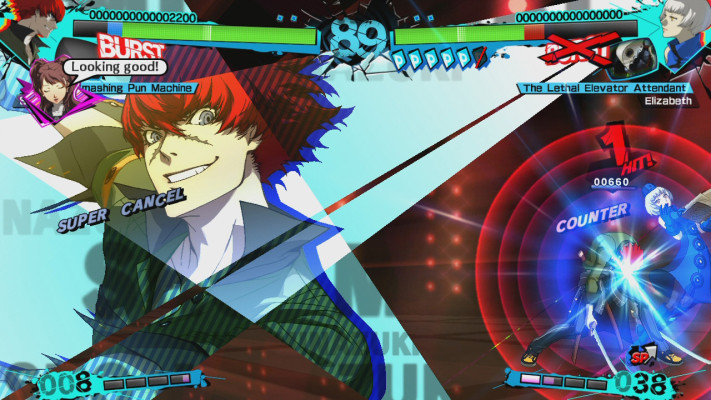 In terms of fighting mechanics, Persona 4 Arena Ultimax doesn’t go leaps and bounds past its predecessor, but allows for growth that helps strengthen the experience. There’s something here for anybody who enjoys Arc System Works’ fantastic artistic design and appealing combat. Fans looking for a compelling plot that will help reinforce and enhance the Persona fiction will unfortunately have to look elsewhere as the story mode drags its feet far too often. Regardless, the core mechanics of Persona 4 Arena Ultimax will have you immersed, but only if you’re willing to put in the hours to master it.