The exploratory high-story, low-traditional gameplay narrative-driven genre is rapidly evolving. Entries like Dear Esther and its semi-random senility-touched and highly linear ghost story to recent (optionally) mind-bending puzzle-heavy iterations like Ether One adopt a first-person perspective and three-dimensional movement instead of point-and-click mechanics typically associated with adventure games. With The Vanishing of Ethan Carter, this derivative genre is brought to new cinematic heights. While perhaps not the epitome of the genre, The Vanishing of Ethan Carter is an exciting and unarguably high-quality exploratory experience with stellar visual and audio design in spite of its flaws.

In The Vanishing, players see through the eyes of paranormal investigator Paul Prospero. An unrivaled detective of all things extradimensional and inexplicable, he is drawn to Ethan’s home of Red Creek Valley after receiving fan mail from the teen detailing bizarre going-ons. It appears that some kind of being has been awakened as a result of the teenager’s adventuring, and is wreaking havoc on the minds of his family. Gifted with a particular form of perception allowing him to visualize past events once the relevant elements are in their “correct” place, Paul explores the string of murders as well as the eponymous vanishing of Ethan Carter. 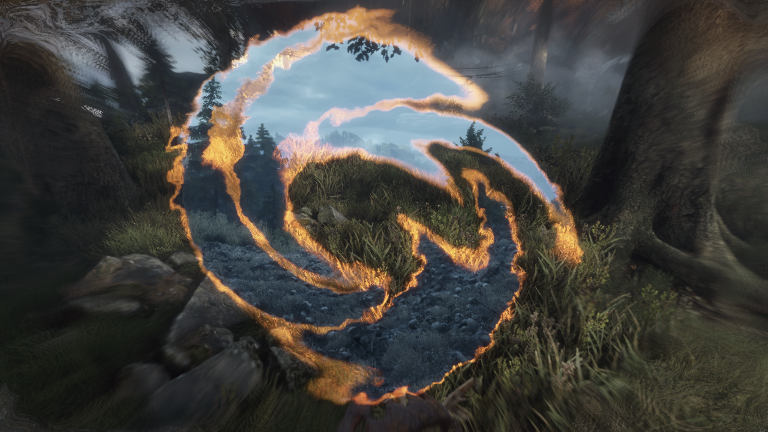 This element-placing comes in the form of walking around somewhat aimlessly, seeking rocks, daggers or what-have-you, identifying their rightful home then placing in chronological order a series of events surrounding a death. Unsurprisingly, everyone you encounter is recently deceased in some brutal and/or unseemly manner. Players are greeted straight out the gates by a pair of disembodied legs on a railroad track, setting the tone for the grim story that unfolds over the course of the game’s duration.

Paired with this series of unfortunate expirations is a heaping dose of weird fiction, from pulpy science fiction to clearly Lovecraftian tangents. The bizarre stories, parallel with the slayings, provide fantastical and surrealist moments of pause. Each foray into the explicitly strange is accompanied by revelations about Ethan’s family and bits of fiction crafted by the teenager. While the murders themselves will elicit cringes and groans, these bits will introduce more unknowns, fueling the inquisitive fire that will accompany players throughout the story. 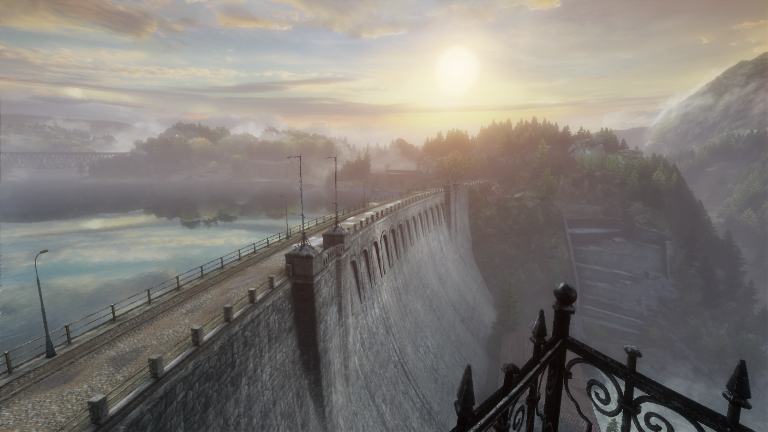 Unfortunately for the narrative, what initially comes off as extremely well-designed open-world exploration paired with some moderately difficult puzzle solving (less than a handful to speak of in the entirety of the game, with only one requiring excessive cognitive input) is revealed all too late as being an extremely linear adventure. Every tangent and its respective puzzle or discoverable must be unearthed to finish. Should players be extremely diligent – and not accidentally come across a game-breaking bug or two – they won’t have to encounter the extreme displeasure of either running back an earlier part of the game or restarting altogether in order to actually complete the story. This is a somewhat poor decision as Vanishing would have been a more rewarding experience if it made these story-revealing side-bits optional and only available to the intrepid. Additionally, the ending is guaranteed to leave some with a sour taste, though it will likely be a satisfying and closure-granting experience for most. (Edit: Since this review went live, one of the game-breaking bugs has been patched with the other being very rare to begin with.)

Narrative gripes aside, the game looks absolutely amazing. There aren’t adequate words to explain what the Astronauts team accomplished in creating The Vanishing. Using photogrammetry, they were able to import wholesale from the real world weathered and highly detailed models that actually feel and look real. Avoiding the use of tiled textures and stock models for the vast majority of the game creates a world that is incredibly beautiful, immersive and tangible. It’s beyond awe-inspiring to travel through a town that feels as though it was taken straight from some forgotten corner of America and digitized. Each area is distinct and beautiful. Paired with this is ace sound design in the form of ambient strings and digital chirps that amplify the dark and creepy tone as well as superb and engrossing environmental sounds. The voice acting is a touch lacking, which is a bit of a disappointment in light of all the effort and talent put into the rest of the game, but it’s forgivable. 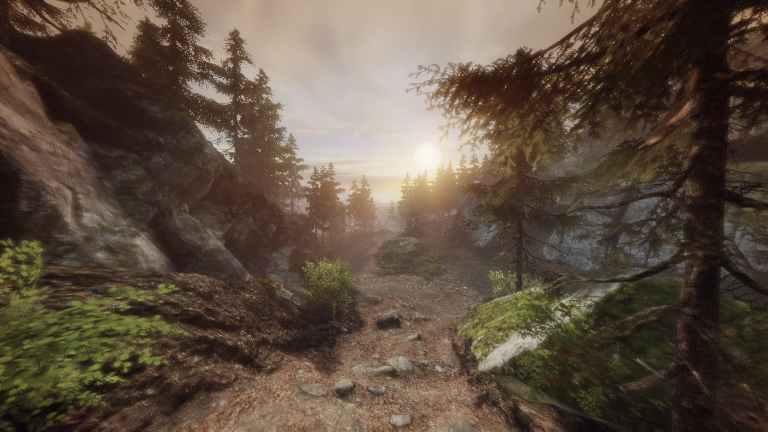 Despite a few issues that prevent the game from being a wholly immersive open-world exploratory experience, The Vanishing of Ethan Carter packs an impressive punch. The four to five hour long game’s world is aesthetically perfect, the stories are equal parts fascinating and bizarre and it’s a hell of a ride from beginning to end.