Here we find our hero – ankle sprained, freezing to death, dehydrated, starving, suffering from food poisoning, fatigued and staring at the gnarling teeth of a black wolf. The only question remains: which one kills him first? The wolf, of course, but that other stuff doesn’t exactly help, and that’s the average experience for someone playing The Long Dark.

Hinterland Studio’s debut game is as unforgiving and demanding as survival games come, and its mechanics show a lot of promise. Placed in a world where a mysterious, geomagnetic disaster has just taken place, crashing the protagonist’s airplane, the player must navigate the forest of Northern Canada to find the means to survive. The game takes into account hunger, thirst, fatigue, illness, body temperature, in addition to pitting the player against wildlife and environmental factors. 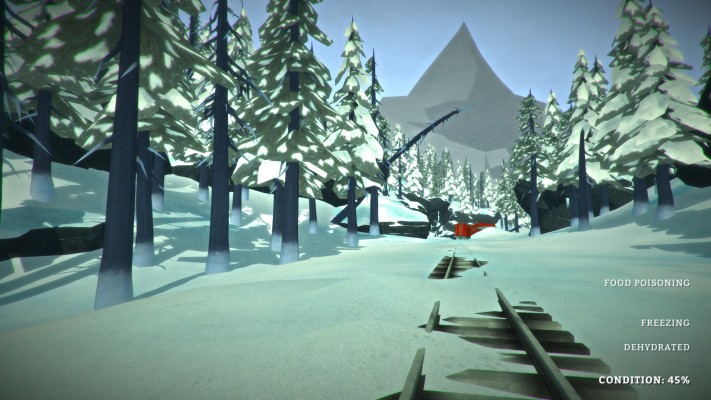 The calorie intake meter is perhaps the most interesting. Just like real life, activities burn calories. For each activity, be it chopping wood, repairing tools, or even sleeping, the game will give a figure for how many calories burned versus how many are left. This goes beyond hunger; if you’re too hungry, you may not have enough energy left to carve up a deer to get food. The Long Dark shows its understanding of the interrelations of human systems. If the player is fatigued, he can sleep, but that won’t do anything for his thirst or hunger. In fact, it made it worse.

The game is only available in the Sandbox Alpha mode, with the episodic story starting later this year. In the mean time, Hinterland has outdone itself. Playing to the strengths of its limitations, the team has crafted an art style worthy of the genre, managing to be minimalistic without being shoddy. Beyond that, the depth of the survival mechanics are unrivaled by anything on the current market. Hinterland, a team of former AAA developers made waves recently by announcing Jennifer Hale as the voice actor for a main character, and a playable character in the Alpha. Determined to bring the best quality product, Hinterland has outdone themselves. 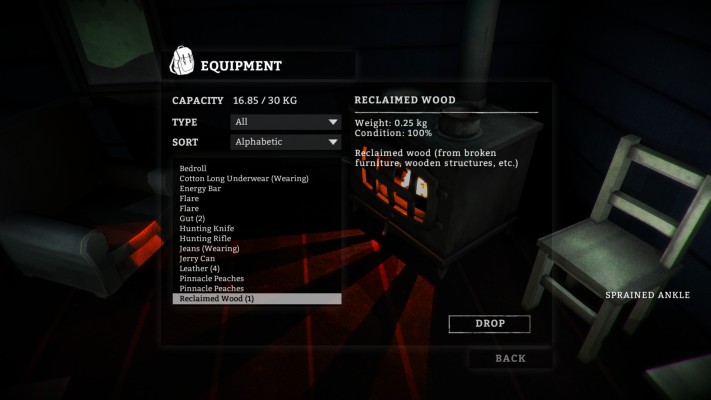 Even the luckiest of players who find a luxurious cabin or camp unoccupied by any mysterious survivors will soon find themselves back out in the forest because they ran out of food, or water or tinder for fire. Unlike other survival games like The Forest, where you can set up a base camp to operate out of, The Long Dark only has temporary shelter, a bevy of halfway houses in between you and the ever-elusive end of survival.

It will be interesting to see how these pieces come together for The Long Dark’s grand opening of the full game, as a lot of features are still in the works, such as crafting and mapping. Most crafting systems rely on a lengthy suspension of disbelief, but The Long Dark is going for realism so much that Hinterland saw fit to include a disclaimer about how its game is not a substitute for actual survival knowledge. 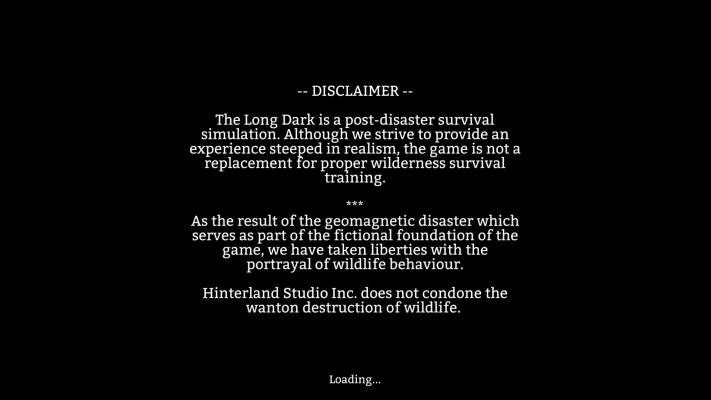 This all is hardly much ado about nothing, either. The Long Dark is more like a warning to never crash land in a frozen tundra, or you will die. If you have any success stories with the sandbox Alpha, we’d love to hear them. In the meantime, good luck.