While Dark Souls II had its share of problems when released early this year, namely the unfortunate hitboxes, it was still a fantastic, imaginative game on its own. From Software was adamant about it being complete, not needing any extra content to fill in gaps in the story, and while this is primarily true, the developer has crafted three pieces of short stories (read our Crown of the Old Iron King Review here and Crown of the Sunken King Review here) to extend the universe instead. Keeping to their schedule, Crown of the Ivory King is the final piece in the three-month long saga, snatching the last crown from the last fallen king. Put on your parkas, Bearer of the Curse, as we travel through the frozen tundra of Eleum Loyce.

Crown of the Ivory King is a shorter, but all the more sweeter experience. There’s an incredible sense of exploration here, something the last two installments failed to capitalize on. This is an interconnected kingdom where many shortcuts can be found and throughout the short adventure, the areas will change ever so slightly to avoid tedious repetition. For example, there are mage-like individuals who are kneeling on the first run through, not acknowledging whether they’re friend of foe. After changing the climate, they finally come to life and provide sudden surprises during the midst of combat. The new enemies are virtually what we’ve come to expect, just with new shades of color and visual aesthetics. The only new enemy type that hasn’t been seen in the series before is a porcupine creature that will roll with its bladed back, doing substantial damage. In addition, there are three unique boss battles to be found, one of which is optional and almost the same as another, just with double the felines in the fight. 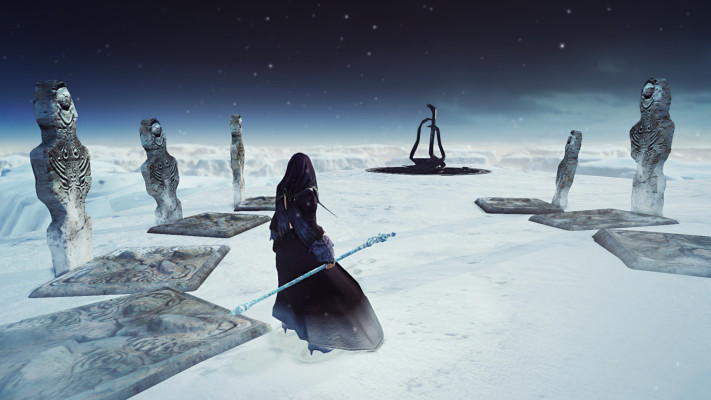 The third piece of post-release content will take players roughly three and a half to four hours to complete, provided they summon other individuals into battle. The whole purpose of having interweaved a kingdom together is that there would be a lot of backtracking, and that’s almost entirely the case. For the final boss, it’s almost required to find at least three of the four guardians that will help the player, and their placement in the world is spread out across the map after removing the blizzard weather effect. While it’s never all that fun backtracking, it’s done well by creating entirely new areas to venture through. It’s surprisingly well paced and will always have the player engaged in new tasks to complete and new enemies to get past.

The biggest and most significant deviation from the traditional formula is a singular optional area that’s massively open. This puts the player in a large white field where a nasty storm is taking place. Thanks to this blizzard, there’s maybe a ten foot radius around the character that acts as their cone of vision, as anything outside of that is obscured past recognition. It’s entirely frightful when first venturing in, not knowing what you’ve gotten yourself into, as losing sense of direction can happen in an instance. It certainly doesn’t help that nasty Ixion-esque horses will charge at the player with all their might, electrocuting them whenever possible, and the only indication they’re coming is the stomping of their hooves. While closed off dark sections of a castle can be scary, obscured vastly open areas are even more frightening, not knowing what’s in each direction. It’s a somewhat pain to get through, especially considering the boss at the end can be difficult when playing alone, but it’s a new approach that’s greatly appreciated.

Unfortunately, the conclusion is rather underwhelming. The Lost Crown Trilogy was meant to be, as the name suggests, a three part series that tells the story of three fallen kingdoms. It does just that if you read all of the item descriptions and listen to some of the dialogue, which there’s more than any from the past two releases, but there’s no gratifying conclusion or change to the story. There is one epic final boss battle where upwards of six other teammates (four of which are AI) will help the player in an all-out brawl, but after that, there’s not much else to do. I suppose that’s standard for Dark Souls as the conclusion for core games have been pretty subtle, but there should be more to it than just receiving three rewards, and then an additional one from King Vendrick. 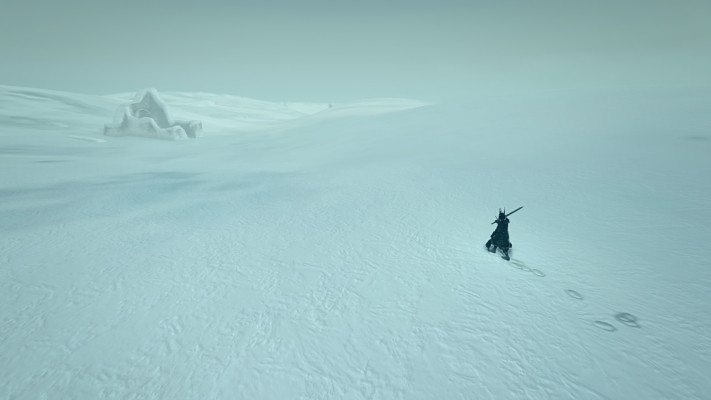 Dark Souls II: Crown of the Ivory King is arguably the best of the Lost Crown Trilogy, but it’s not without its faults. The main complaint revolves around the conclusion not having a big pay off, despite sinking ten to fifteen hours into the entire set of quests. With that said, From Software’s attempt to break away from their traditional formula by testing your agoraphobia is something to be commended, not to mention establishing a smartly crafted, interconnected kingdom. With well-conceived bosses, an exciting new snow setting, and a shiny new crown to put on your mantel, Crown of the Ivory King helps expand the Dark Souls II fiction into great territories.