Cardcaptor Sakura was a manga-turned-anime in the 90s which garnered quite a bit of attention. Although it never developed a following to match shoujo powerhouse Sailor Moon, many anime fans loved watching Sakura in her mystic adventure to collect the Clow Cards and bring the power home. Given the time and audience, Cardcaptor Sakura saw some unique tweaks for its Western debut. Most notably was the change of Sakura’s obsessive best friend Tomoyo. In Japan, manga group Clamp had intended for Tomoyo’s intense focus on Sakura to be romantic, while on our shores she was presented as a friend with a predilection for filming. Perhaps this is part of the reason why Cardcaptor Sakura: Tomoyo’s Video War never arrived on North American Dreamcasts. 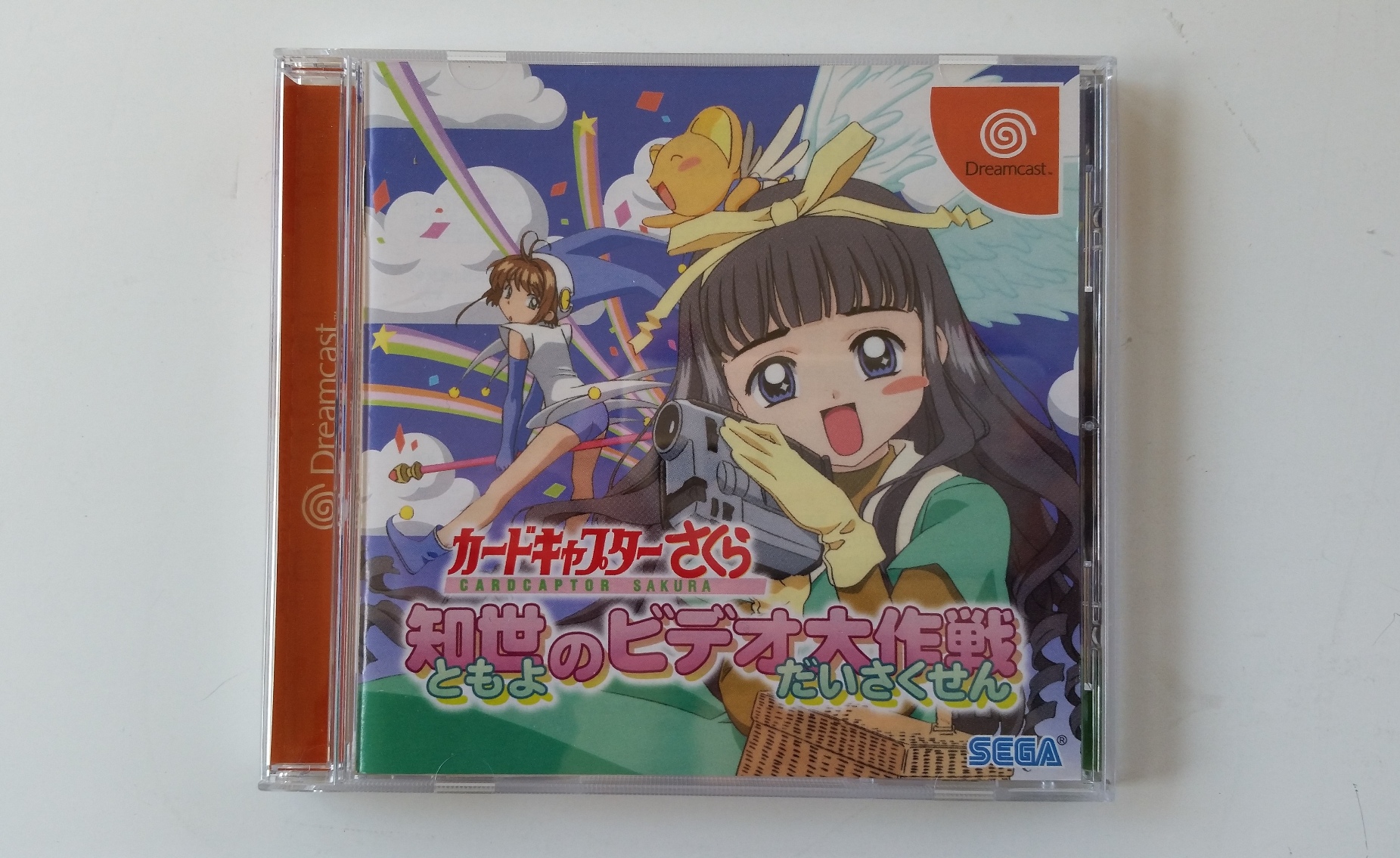 In Tomoyo’s Video War, players take on the role of Tomoyo – or at least her camera lens. Players view everything via her viewfinder and must take the “best” photos of Sakura possible. This could turn creepy quick, but thankfully you mostly film her during battle and chase sequences. As you burn through photographs the ever-excitable Tomoyo shouts out “kakkoii,” or handsome/cool. It’s all a bit like Pokemon Snap, if that game were about taking creep shots of an elementary school girl fighting monsters.

Everything about this game is a bit odd, but things only become odder when you check out the Special Edition. Inside a massive, light-pink box are a handful of goodies plastered with Cardcaptor Sakura imagery. Once it has been opened, curious gamers are greeted by the game’s jewel case and disc. Both are plastered with Tomoyo’s utterly smitten face as she lovingly strokes her camera. The disk itself is even more humorous (or creepy), with her looking directly through the viewfinder at you. 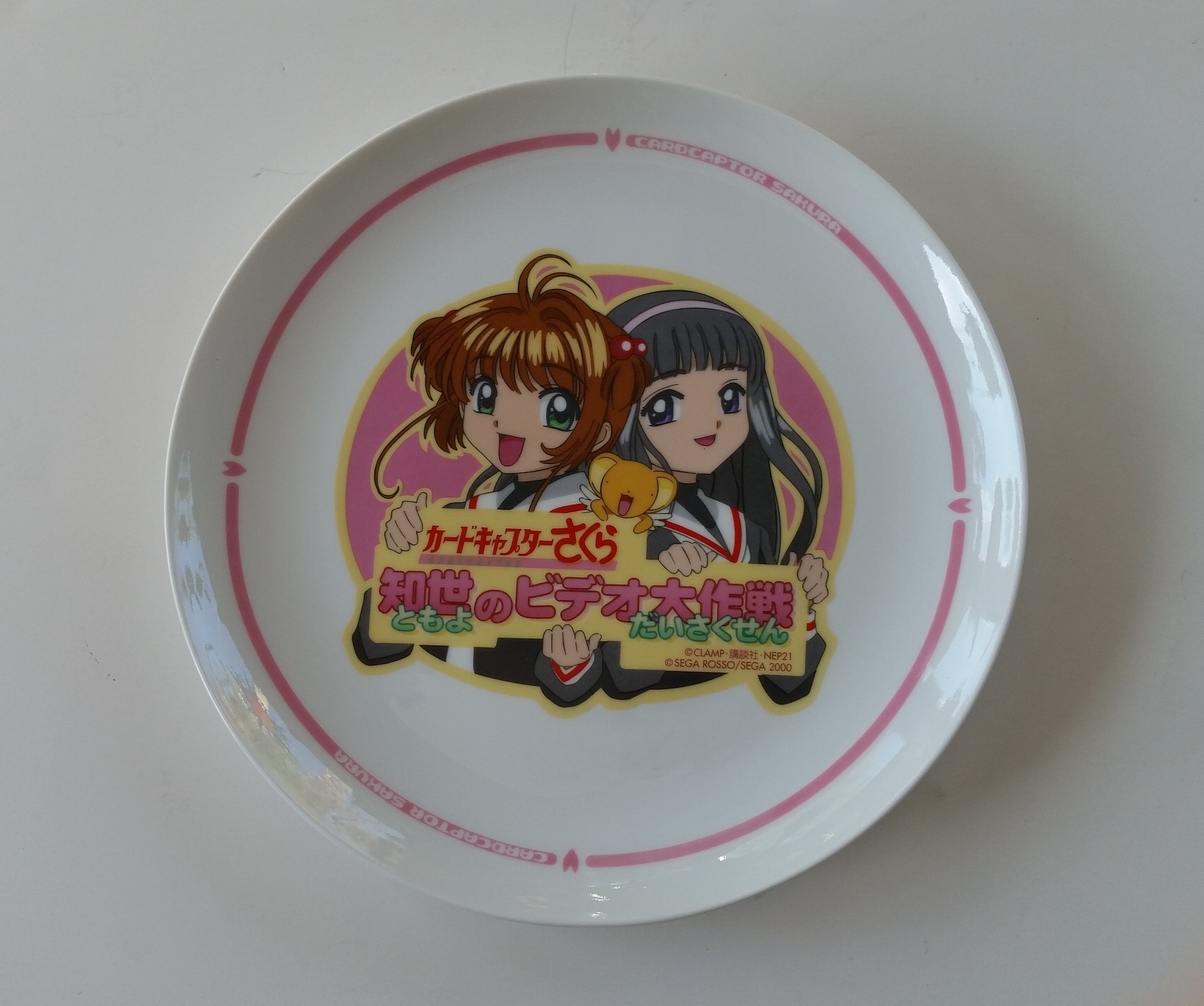 What really sets the Cardcaptor Sakura: Tomoyo’s Video War Special Edition apart are all its other goodies. These include A wall clock, pillowcase, a plate and plate stand, and a knife and fork set. For the longest time all these special edition extras were astounding to North American fans. Now we do see pillowcases included from time to time, and Sorcery Saga: Curse of the Great Curry God came with a similarly food-themed limited edition. In any case, each item is plastered with enough Cardcaptor Sakura branding to ensure you never use them for your dinner guests.

Both the plate and cutlery set have Sakura and Tomoyo’s faces plastered on them. The print quality on the plate is quite nice, and the plate itself is ceramic rather than plastic. As for the size, it’s smaller than a dinner plate at about 8” inches in diameter. Both utensils are stainless steel and come with a tiny oblong plastic photo of Sakura or Tomoyo on their handles. It seems the spoon and fork are comparable in size to standard silverware, though they’ll infuse your meals with far more than your daily recommended dose of moe. 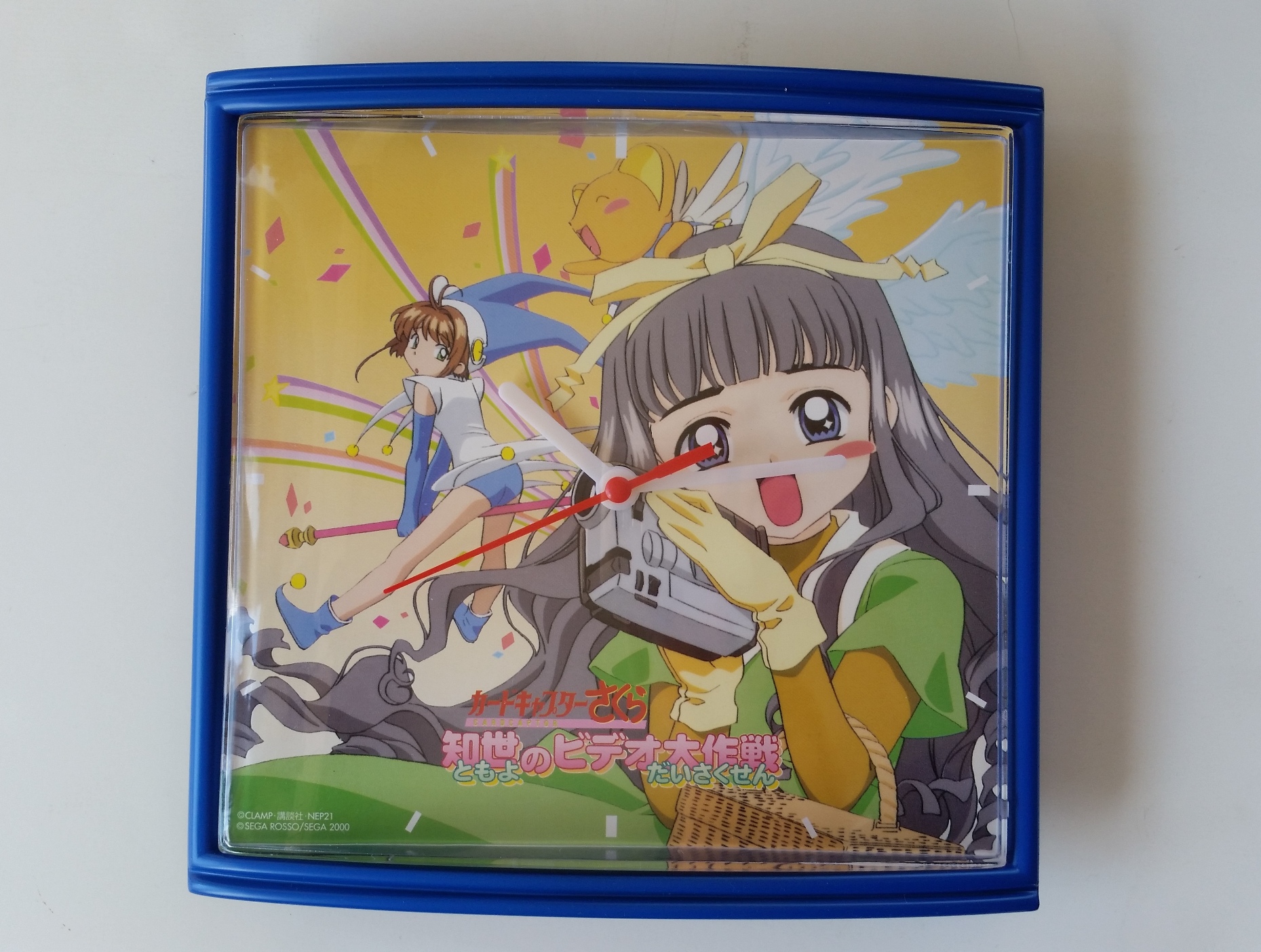 The included time piece is basically your standard cheap plastic wall clock. Unlike the plate, which has a unique photo, the clock houses a larger photo of the Tomoyo’s Video War boxart. Unlike most cheap toys today, batteries were actually included. Of course, the real pièce de résistance is an official Cardcaptor Sakura pillowcase – One side features Sakura and the other depicts Tomoyo. Neither girl is particularly sexualized, but that doesn’t change how disturbing it is to simply have these characters on a dakimakura (“hugging” pillow) case. The quality seems about average, although it’s hard to say as I’m not a dakimakura expert. 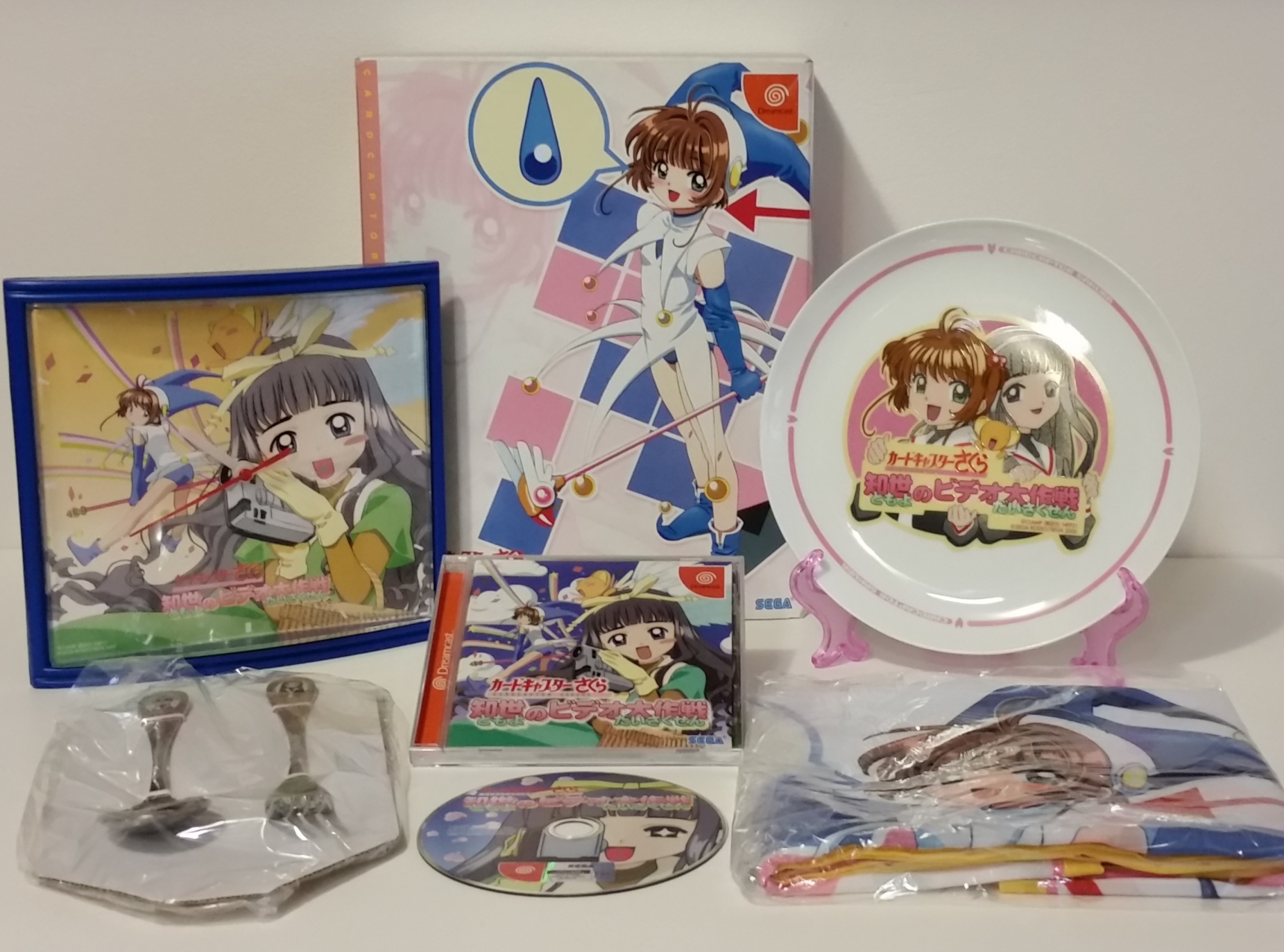 Cardcaptor Sakura: Tomoyo’s Video War Special Edition might not seem as wacky as it once did, but it’s still an impressive piece from 2000. Dreamcast fans with a penchant for importing should definitely seek it out, though casual fans of the franchise would probably do better with the upcoming Sakura Nendoroid.