For over 20 years now, fighting game fans have been subjected to incremental upgrades in the guise of sequels. Capcom was the first to really drive this stake into the ground, but ADK was guilty of it as well with the World Heroes series. The issue became so rampant that it’s the subject of a running joke with Dead Rising 3‘s big DLC pack, and that joke got even funnier when within weeks of that coming out, Ultra Street Fighter IV became available as both a stand-alone physical game for $40, or a $20 upgrade for existing owners of Super Street Fighter IV.

The Street Fighter series was largely dormant during the PS2/Xbox generation outside of re-releases and spinoffs like the Vs. series, and other franchises gained fame in its absence. The biggest one that comes to mind is Guilty Gear. What began as a fairly obscure PS1 game released by Atlus became a fairly well-hyped Xbox game with Guilty Gear X2 #Reload. This remake of a PS2 game was most noteworthy for its super-low price of $20 brand new and the inclusion of online play To help distract people from the regular upgrades, the Guilty Gear series was also turned into a side-scrolling brawler at points. 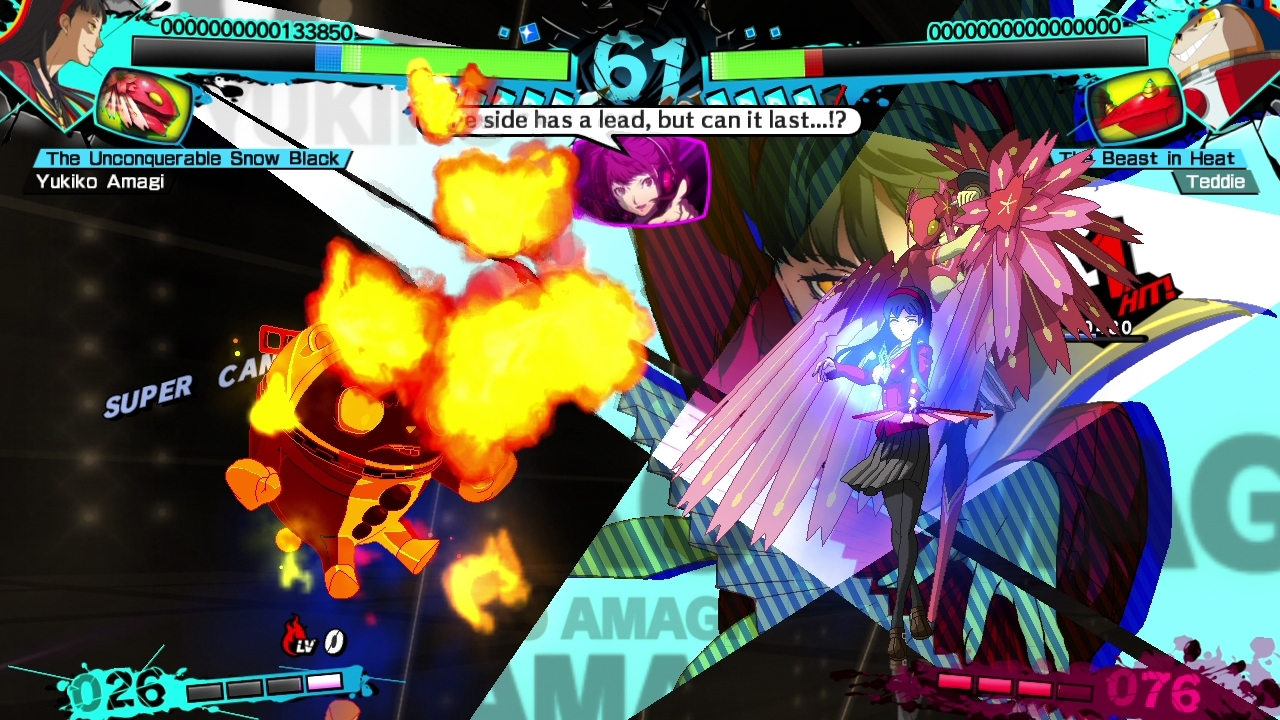 This trend has given 2D fighters a bad name, and made launching new IPs challenging. Luckily, Persona 4 Arena can use the Persona franchise as a trojan horse. Fighting fans get a solid new game to play around with, while Persona fans can think of it as a new Persona campaign with a radically different battle system. Both Arena and Arena: Ultimax feature a visual novel-esque story mode, but the key difference is that Arena lets you pick which character’s story you’d like to see unfold, while Arena: Ultimax gives you branching paths in a single, all-encompassing story for the Persona 3 cast and then for Persona 4.

In each game, fights are part of the story, but a fairly small part. 95% of your time will be spent either reading or listening to dialogue. The stories for each game follow Persona 3 and 4, which creates a bit of an issue for those who haven’t finished either of those games. Do you just play the game and avoid the story modes until you’ve run through the RPGs, or is it better to just play the story modes and piece everything together in your head after playing the RPGs? I chose the latter option since I really loved having a fighting game with an involved and well-crafted storyline. Both games feature stellar writing and voice acting, and although individual plot lines may not be to your liking in Arena, you’ll want to play through them so that Ultimax‘s story makes sense. If you don’t have Arena, you can download its storyline as DLC for ten dollars. 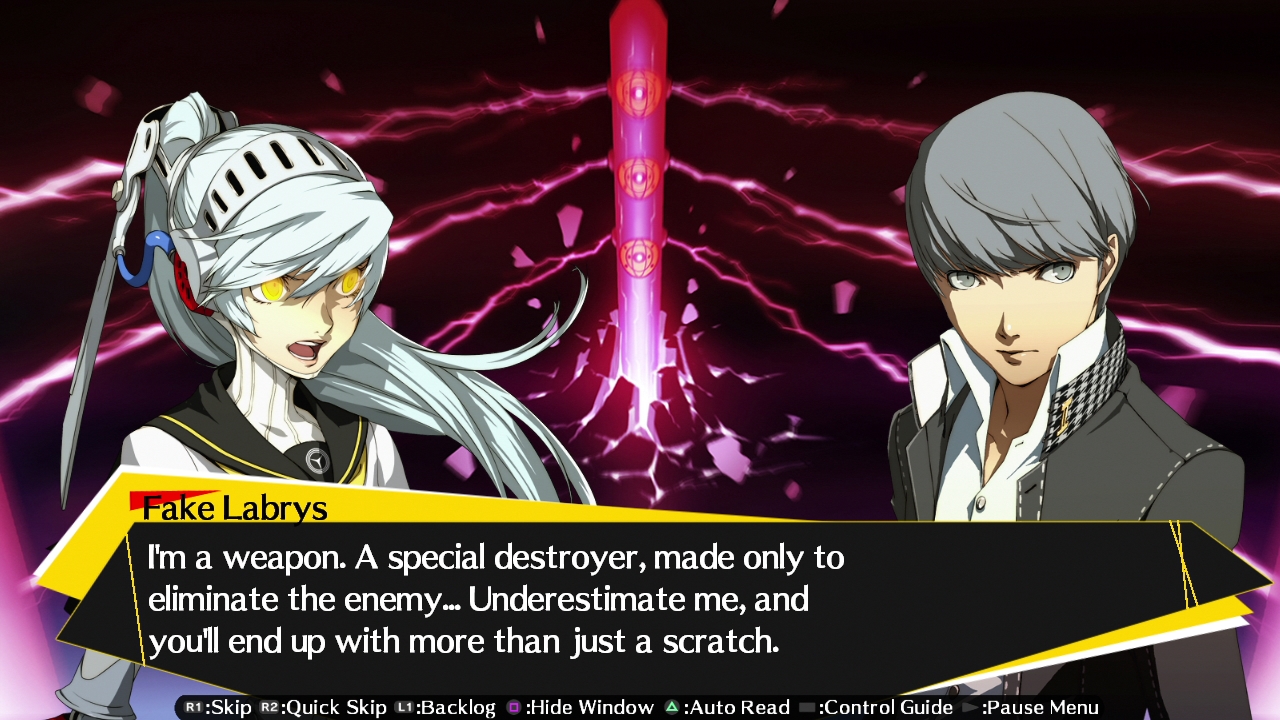 On top of a deep storyline, you get a whopping eight new characters to play with. Most series now will add a couple of characters for each succeeding game, but I can’t recall any that added this many. As the Skullgirls character Indiegogo showed, just adding one character is quite a lofty feat due to the cost of animating the sprites and balancing against every single other character. Each of the eight new characters feels distinctive, but makes sense with the rest of the cast – as they logically should since they’re all part of an established storyline anyway. There are no characters here that just feel out of place or gimmicky, and that’s a refreshing change of pace.

When it comes to the core gameplay of Arena, all you get are improvements. Everything that made Arena work is back, alongside a brand new Shadow type for almost all of the characters. The shadow types build up SP faster on offense and can then unleash shadow fury to do more damage. While this sounds unbalanced, using a shadow character means you won’t enter an “awakened” state when your HP is low, and you’ll be unable to break combos wit ha burst. These tweaks make shadows feel like sustantially different characters, effectively doubling the already impressive roster. A new mode has even been added called Golden Arena, where you go through “dungeons” (really just a small ladder of opponents) and level up your character’s stats. 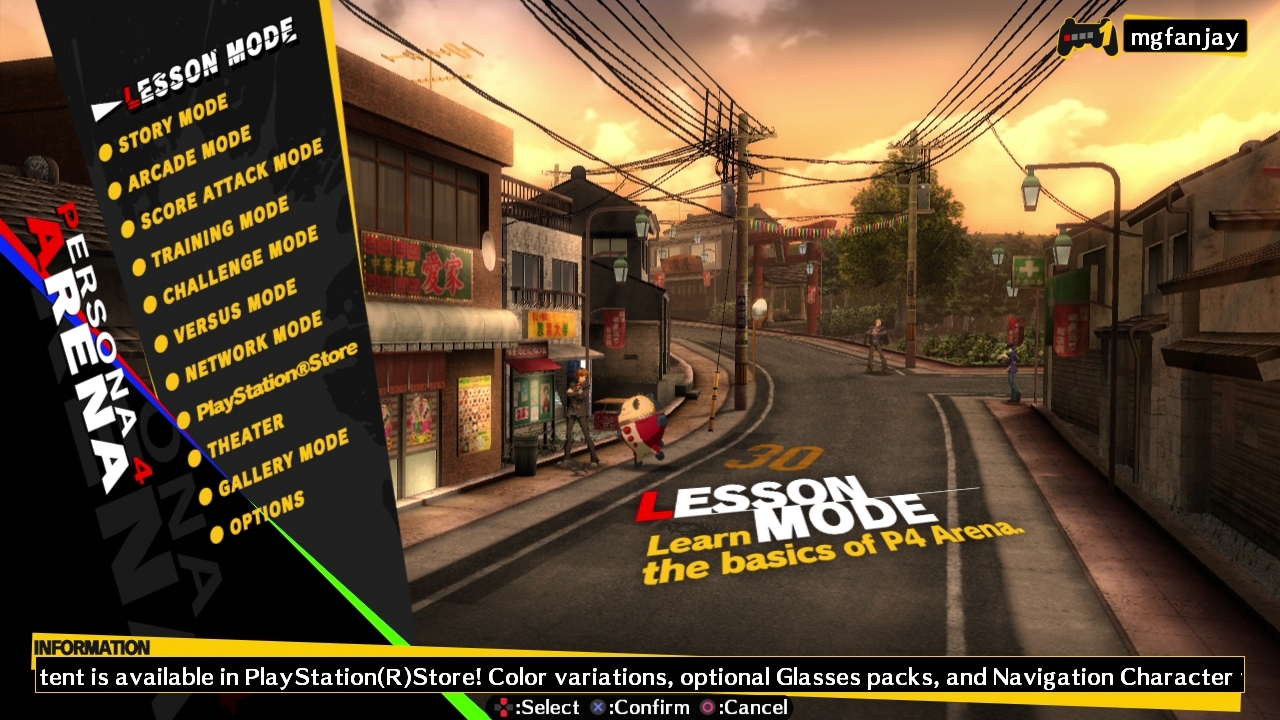 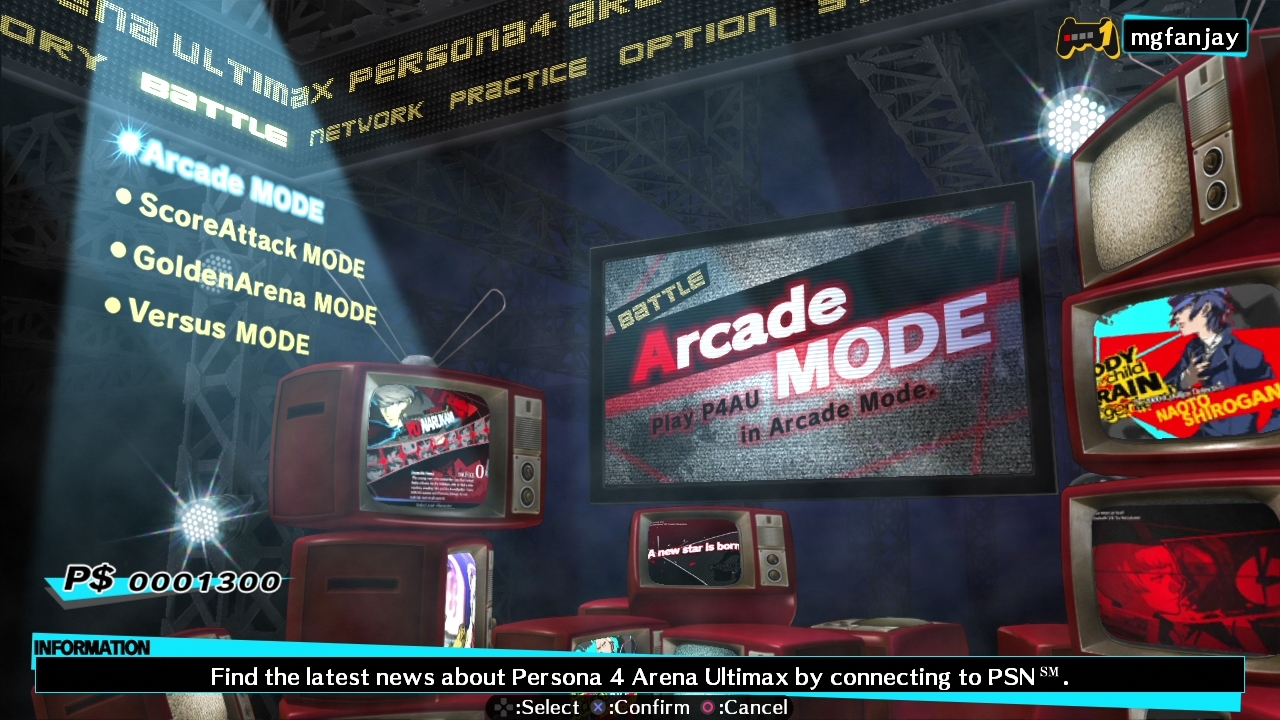 The only area where Ultimax falls short of the original Arena is the UI. The menus are a bit too fancy for their own good compared the the simple, efficient vertical list from the first game. Now every section is broken up like the XMB, with vertical dropdowns from different horizontal options. While everything is functional, it doesn’t look as clean. The character select screens are about even, although I prefer the blue-heavy look of Arena to the reds of Ultimax.

Unlike most fighting game followups, Ultimax really does feel like a true sequel. Fans of Arena will find a substantial amount of new content to enjoy – including a roster expansion as large as the full cast of the original Street Fighter II – while newcomers can pay a song to dive into the original game’s story. Other fighting developers should take notice: this is how you make a sequel feel valuable.