The black Xbox One is a fine looking machine, but having one color is never fun. As such, people have been clamoring for a white Xbox One since the dawn of the console. Now it looks like that may be a possibility with more than just Sunset Overdrive as an image has surfaced of a white Xbox One bundled with the highly-anticipated Halo: The Master Chief Collection: 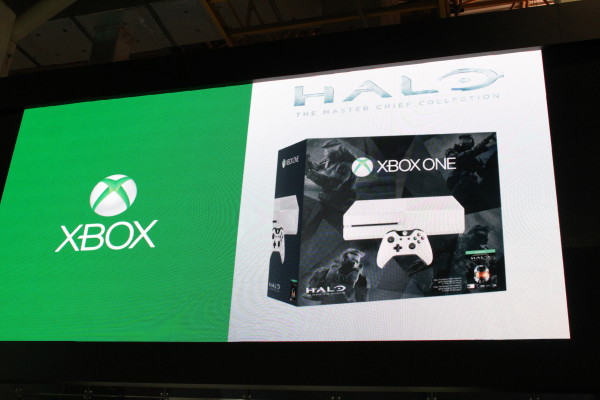 The image comes from the Brasil Game Show, so no word if it will receive a release stateside.

As the game is a collection of Xbox/Xbox 360 HD remasters, it comes as a surprise how much emphasis Microsoft is placing on the release. It just goes to show you: Halo is a system seller no matter the form.

If you simply care about a white Xbox One and not the game it comes with, pre-orders are still available for the Sunset Overdrive bundle.