Back in the original PlayStation era it really seemed like video games were on the precipice of something amazing. Tons of surprising titles launched, although many never made it to American shores. One such game was Vib-Ribbon which launched in 1999 for Japan and Europe. Despite never arriving here, or perhaps because of that, many gamers imported a copy anyhow. By playing Vib-Ribbon, Western gamers got to experience a wildly unique visual and audio experience, unlike any games that came before. Now, 15 years later all of us who missed out on the original phenomenon can finally play through NanaOn-Sha’s oddball musical odyssey.

Upon loading Vib-Ribbon players are immediately greeted by a stark vector-based visual style. A rather angular rabbit named Vibri welcomes players on the main screen and becomes their avatar during play. Although the graphics may seem far too basic for a PlayStation game, the mostly black and white vector world pulls off some pretty neat visual stunts at times. Because the look is so distinctly unrealistic it also holds up after all this time. 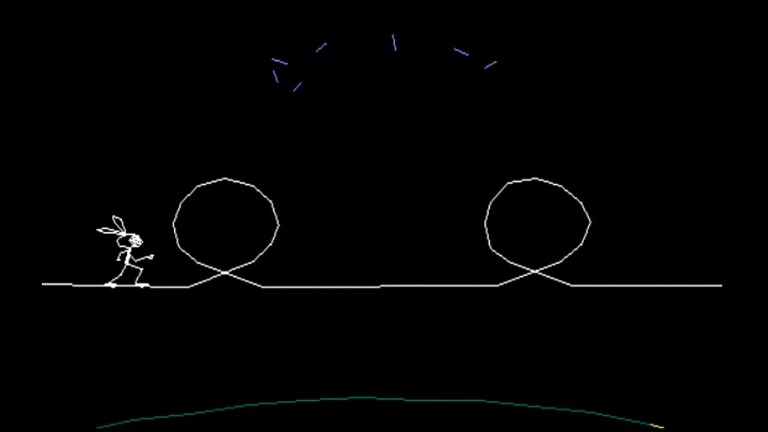 Rhythm games were a hot property in the late ’90s and NanaOn-Sha excelled at creating them. Vib-Ribbon is another of these musically-based properties, but this time they created a runner. Much like modern renditions such as the BIT.TRIP series, obstacles must carefully be maneuvered fast in an an auto-scrolling level. There are only four controller buttons used and each corresponds to a specific obstacle. For example, you must press down whenever a v-shaped pit appears in Vibri’s path.

A rhythm game with just four buttons might not initially seem like a challenge, but that mindset is completely off base. Vib-Ribbon reveals its cruel nature as the highest difficulty is progressed to. Now, the four obstacles combine with each other to create more challenging shapes. Theoretically hitting two buttons instead of one isn’t that hard, but deciphering exactly what a trap is comprised of requires surprising focus. Vibri can take a few hits but after enough she begins to devolve. If you devolve too much then you lose (or at least get a terrible score on the stage). No matter what, the joyful rabbit will always babble incoherent praise at you anyway. 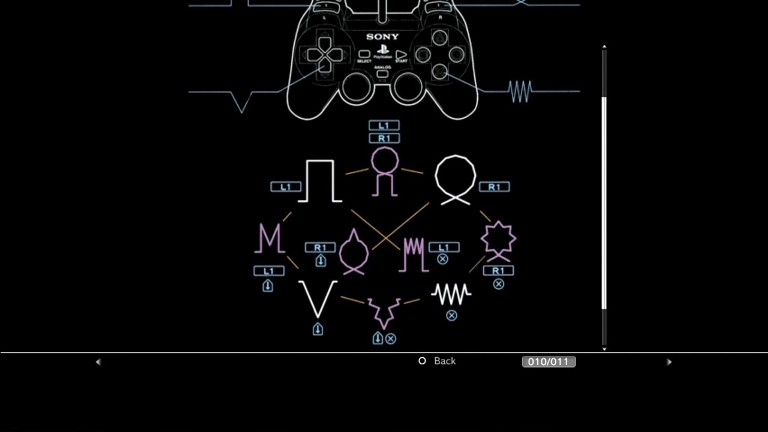 The most talked-about feature of Vib-Ribbon has always been its ability to create new stages from music CDs. To make this work you had to eject the game disc, insert your CD of choice, and then let the game work its magic. Now, the process is a little bit simpler on PS3. As the game is digital you just have to select the right menu option and stick a CD in. It would have been ideal if Sony could make the game pull from a user’s Music Unlimited account or something similar, but unfortunately, physical discs are still required. Gamers still own physical music, right? As for Vita players there’s no option to generate new stages at all. Since there are very few built in levels it’s suggested to play on PS3.

As cool as this ability is, there’s still much to be desired. Mainly, generating new stages usually results in really ridiculous obstacle design. A fair bit of tracks from a variety of genres (I tested rock, pop, and rap) also make levels do weird things with tempo. Unfortunately, the novelty wears thin once you realize how hard most of these new levels are. With that said, the included songs and stages are mostly a treat. Even now the soundtrack stands as entirely unique and oddly endearing. 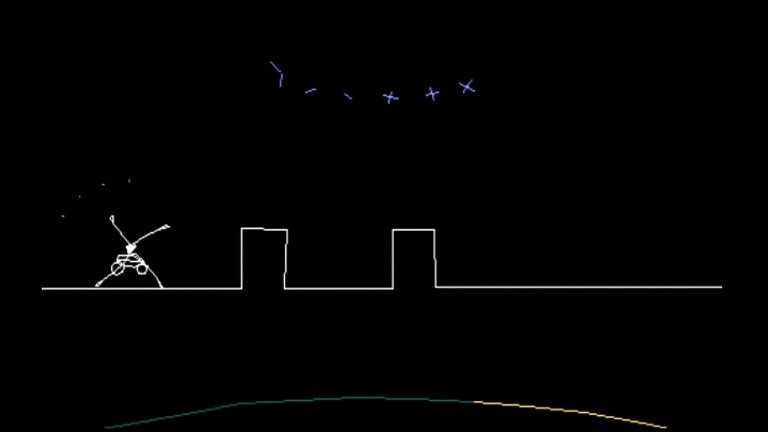 Vib-Ribbon may have its faults, but it deserves another chance to shine. It’s rare that we see games as creative as this made without fear of failure. From its iconic soundtrack to vector graphics, everything about this game oozes style. Modern rhythm fans may fault it for a lack of tracks and sometimes awkward generative abilities, but one must recall it was designed for Sony’s first home console. Bearing that in mind, Vib-Ribbon is still a surprisingly charming rhythm runner. At $6 (or cheaper for PS Plus members), it’s a fine investment to peek into PlayStation’s experimental past.