Lately, there’s been more Pokémon from generations III-V going mega. Now, it’s been revealed that two of Kanto’s most well-known, early area Pokémon are getting a boost. Beedrill and Pidgeot have been in the series for a long time, and we’re glad to see them being recognized again after years of neglect.

Beedrill receives an extraordinarily cool design with a sleek body-type. The bug Pokémon’s new ability is Adaptability, which gives its STAB moves added power; this means X-Scissor will be devastating to go up against. Naturally, Attack stats increase when mega evolved, so strong Bug and Poison moves are going to be a pain.

On the other hand (or wing), Pidgeot looks alright; bit of a new hairdo with some added body-color which is pretty. Pidgeot’s Special Attack is increased and the new ability is No Guard. The combination of both is actually pretty useful for moves with lower accuracy such as Hurricane, but it’s big trouble because your opponents will never miss as well, so moves like Stone Edge and Thunder will be a problem.

New Mega forms aren’t the only additions. There’s an area located in Alpha Sapphire and Omega Ruby where trainers can encounter legendary Pokémon from past games, and perhaps even catch some.

In other legendary news, Latios and Latias will have a larger role than in the original games. Apparently, players will be able to soar the skies atop the creatures as was shown in the magazine images. The two flyers are also in mega forms, so that’s another set of incredible confirmations.

Check back often for more Pokémon news. There’s a little over a month left before the games are released, what else could they be hiding from us? 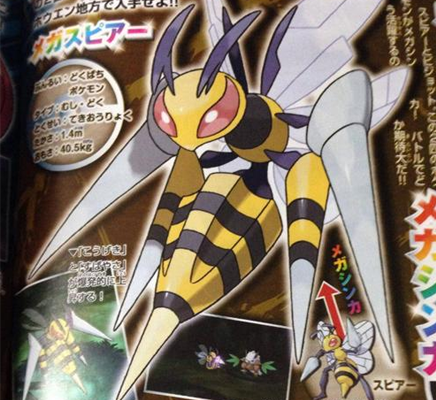 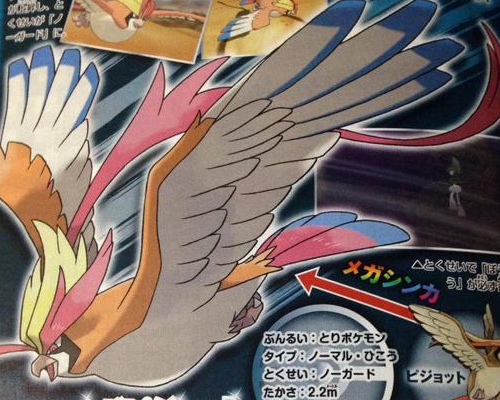