Pac-Man and the Ghostly Adventures was a pleasant surprise. Released smack dab in the middle of the busiest gaming season, it proved both a nice respite from an onslaught of mature AAA titles as well as a nostalgic throwback to the yellow puck’s adventures through the PS1 era.  Surprisingly, Pac is back just a year later in a brand new adventure, Pac-Man and the Ghostly Adventures 2.

Ghostly Adventures 2 is quite similar to its predecessor in practically every area. A 3D platformer, players take Pac-man through five worlds including Pacopolis, Paclantis, Prehistoric World Netherworld and Outerspace. These are nicely varied from the worlds in the original, although none with the exception of outer quite seem different enough from each other. The central hook is again that Pac-Man can transform into six different variations including Chameleon, Metal, Fire, Ice and more. This varies up the gameplay as instead of simply traversing the over forty levels as standard old Pac-Man, new gameplay variations are constantly thrown at players. 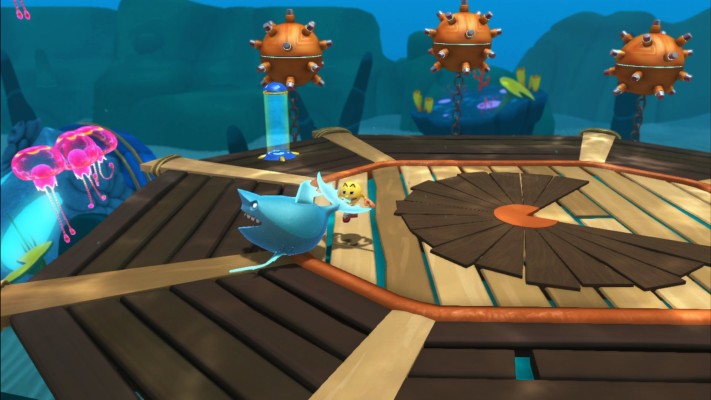 Outside of the levels is Pacopolis Park where players can visit locations and talk to characters based on the television show of the same title, including areas like The Round House, Maze High and Sir C’s Lab. While these are a decent size, they don’t serve much of a purpose after visiting them the first time to nab collectibles and talk to the cast. Dialogue changes sometimes between missions, but it’s thin and disposable. To give a reason to venture back, challenges are unlocked that can be accessed throughout these areas that generally challenge players to get through an obstacle course in a pre-determined amount of time. While it’s impressive that the characters are voiced through the entire experience, Pacopolis Park becomes little more than a glorified menu. It’s too bad more time wasn’t spent developing it into something worth spending time in, but then again, Destiny couldn’t even accomplish that.

New this time around is the ability to control Pac’s friends Spiral and Cyli in their own unique vehicle-based levels. Spiral pilots the Cherry Copter while Cyli glides on a hover board. Both mechanics are presented as standalone missions that take the form of a 3D shooter where waves of enemies appear that must be destroyed to stay alive (think Galaga). While it’s novel to add an entirely new gameplay mechanic to the proceedings, the fact that both are relatively the same make it come off as lazy and uncompelling. 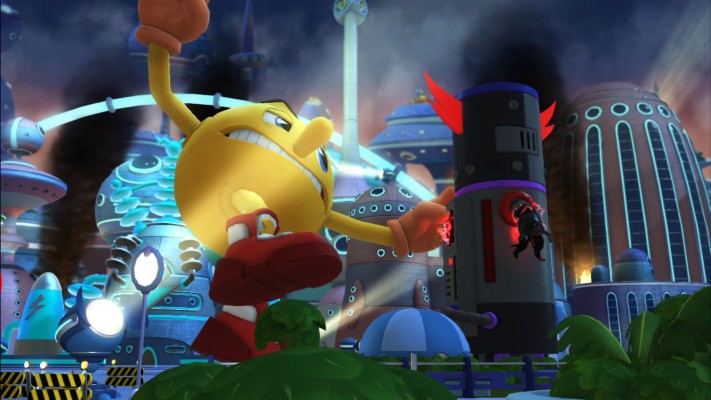 Now that the nostalgia Pac-Man and the Ghostly Adventures conjured has warn off, Ghostly Adventures 2 is a comedown. While the first title burst onto the scene brimming with creativity not usually seen in a television cartoon adaption, the sequel is content to emulate everything that title did without adding anything notable of its own. While there are new worlds and throwaway modes, it feels too much like a retread by utilizing the same power-ups and basic gameplay. The difficulty all too often stems from finicky controls rather than being organic and level design isn’t inventive enough. Given that this was created in only a year and is a sequel to something that had no right being good in the first place, however, it still ranks as a minor success. The sheer fact that we don’t see enough colorful 3D platformers these days renders it worthy of attention. It may not be refined enough for adult gamers to enjoy, but it’s a fine choice for a generation of gamers that are tragically growing up without games of this type. 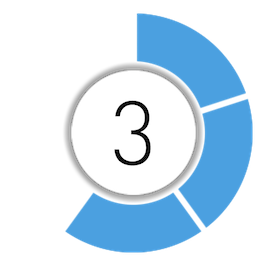