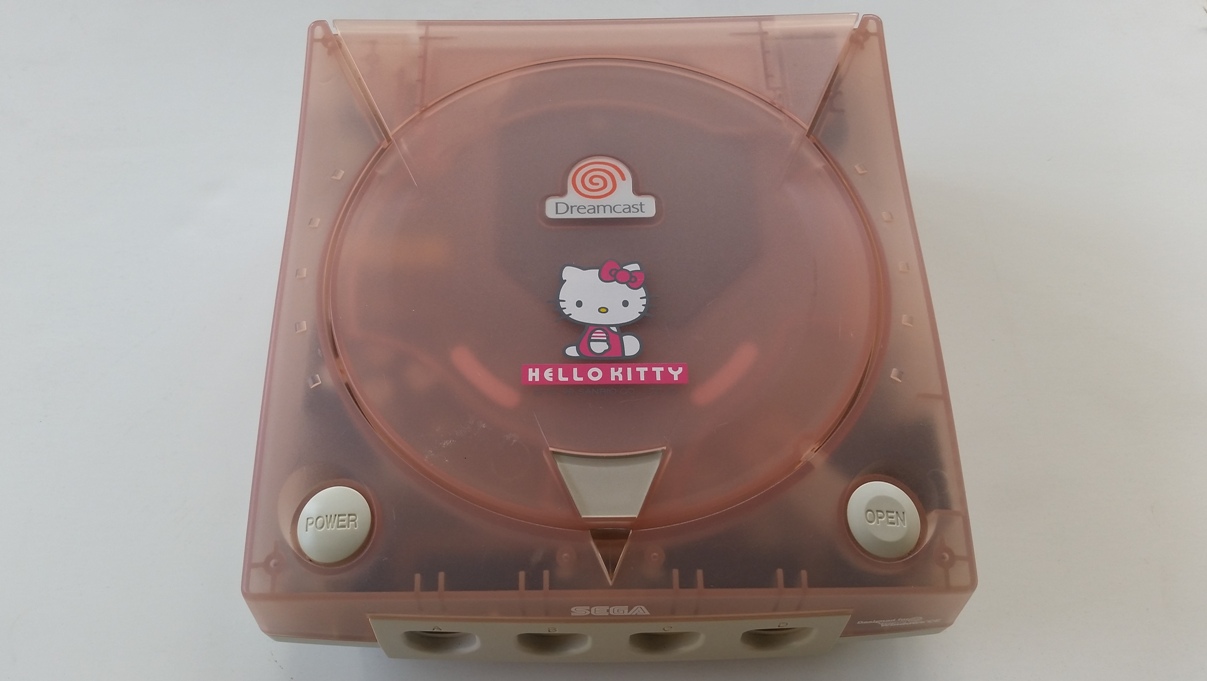 Fans of the Sega Dreamcast were incredibly unlucky. Despite an excellent library and many forward-thinking features the system just wasn’t right for its time and ended Sega’s long run in console development. But American console collectors had even more reason to complain. In our region we only ever received two versions of the console – standard white, and the black Dreamcast Sports Pack. In Japan they received over a dozen unique versions of the console – many of which are exceedingly rare. One such version was designed in partnership with Sanrio.

The year was 1999, and the Hello Kitty brand was on top of the media world. One year after the system’s Japanese debut, two Hello Kitty-branded Dreamcasts were announced by Sega. Interested parties were able to nab a console in either “Skeleton Blue” or “Skeleton Pink.” At a cost of 34,800¥ ($325), it ran far more than the typical $200 retail pricing. Of course, this was effectively a console and media bundle, which justifies some of the cost. Why did Sega plaster Hello Kitty on their console? According to an old press release it was part of an effort to target women. 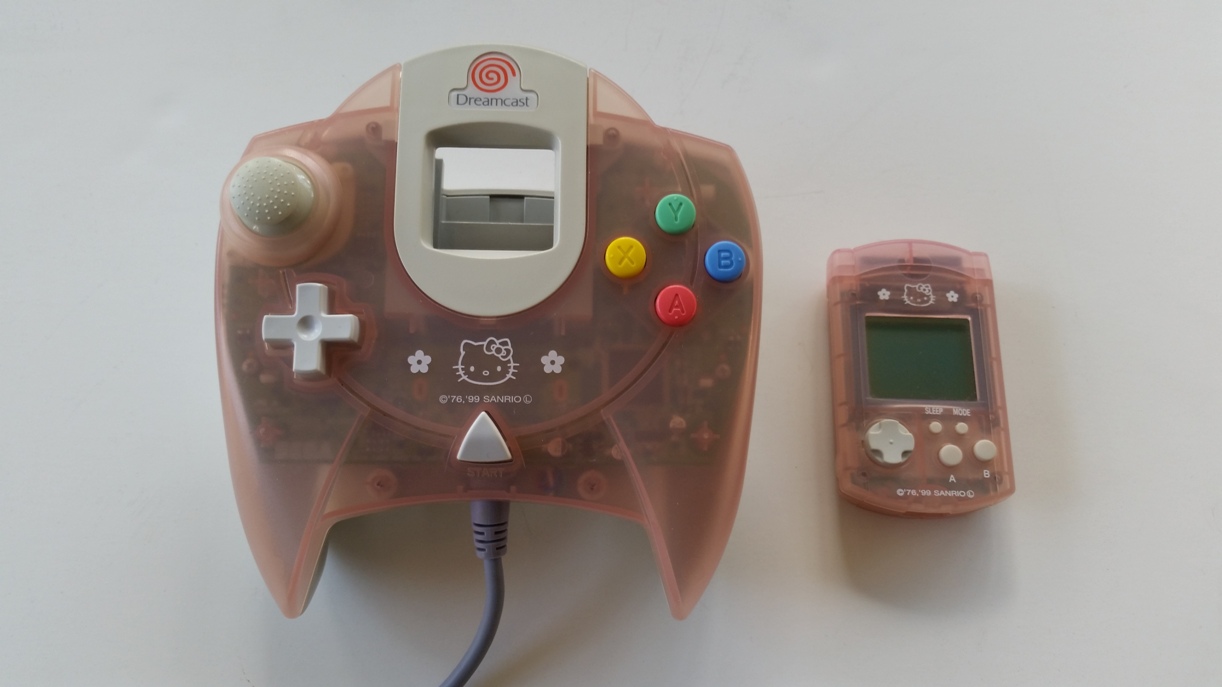 As such, the console is bundled with surprising amount of stuff. Included are necessities such as a console, one controller, VMU, AC adapter, and AV cable. Most interesting is the inclusion of a keyboard (although unfortunately my package didn’t come with it). Aside from the cables every item has the same Skeleton Pink coloration. The included controller and VMU also sport simple graphics of Hello Kitty’s face. Fans of clear plastic should particularly enjoy looking “inside” the system and its associated peripherals. On the console’s lid is a large image of Hello Kitty – bigger than Dreamcast’s own iconic swirl. This is the same image of Hello Kitty that sits smack dab in the center of the console box. 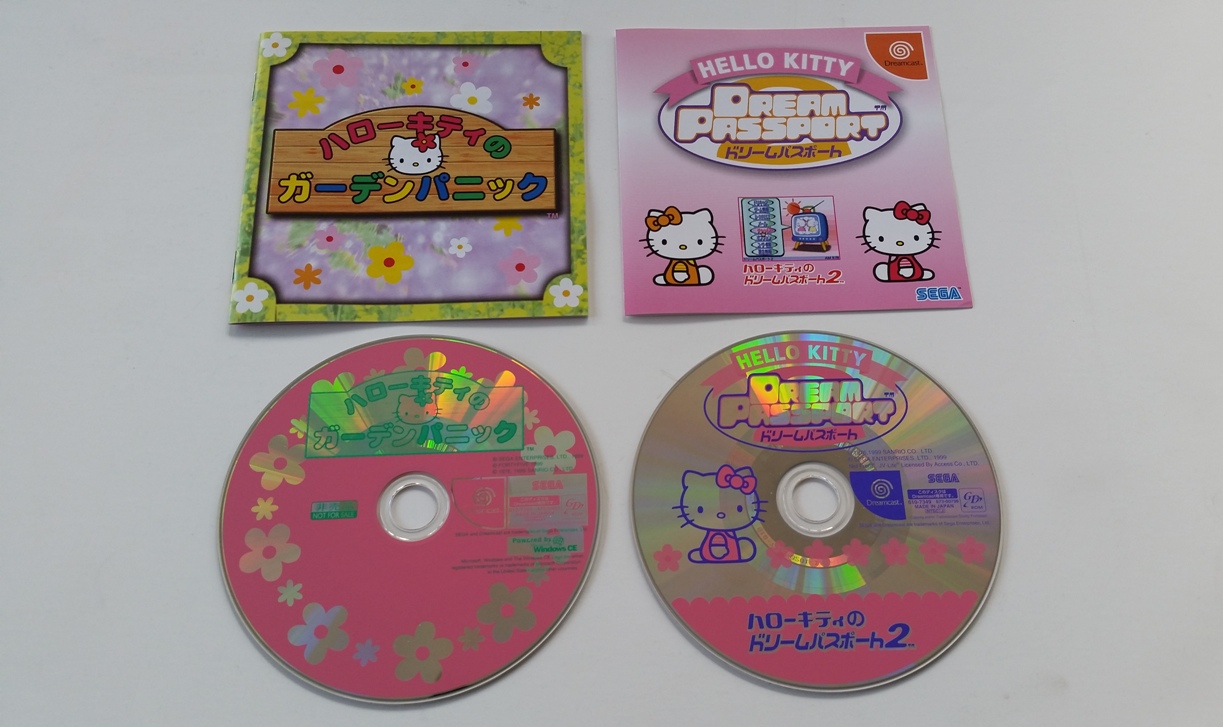 Was there really that large of an overlap between Dreamcast fans and Hello Kitty fans? I have no clue, but Sega may have felt the audience was limited. This could explain why only 1,500 of each color console were produced for the Japanese market. For whatever reason many Dreamcasts with low production runs are still wildly common online. You can still find the Hello Kitty models on eBay, although it seems Skeleton Pink is more readily available than Skeleton Blue.

Since most Dreamcasts are region-free there is little reason for most fans to snap up any Japanese console in particular, let alone this lovely oddity. In all, console variant collectors are probably the only folks itching to get a Hello Kitty Dreamcast on their shelves. That, or collectors of pink video game systems (who are surprisingly more numerous than you might think). Whether they have a special edition or not, gamers should fire their systems up in honor of the Dreamcast’s 15th birthday.