You’re John Longy, night watchman working away at the Jupiter laboratory, and by “working” I mean kicking back with your feet up as the night goes peacefully by.  It doesn’t take long for a Gordon Freeman moment to happen somewhere deep in the lab, though, and John wakes up with the room in shambles and something big and unpleasant hammering at the door.  With only your wits and minimal hints you’ll need to have John build a trap from whatever he can scavenge, figuring out which bits of the interactive scenery are actually useful and which are just set dressing.  Albedo: Eyes from Outer Space is an adventure game played in first person with only minimal combat in its current form, but plenty of puzzles to beat your head against.  John was apparently unarmed when everything went bad, and while you can bludgeon an eyeball-alien or two with a few handy tools you find along the way, the bulk of your time will be spent figuring out not only how to get past the next locked door but also finding just where that door actually is. 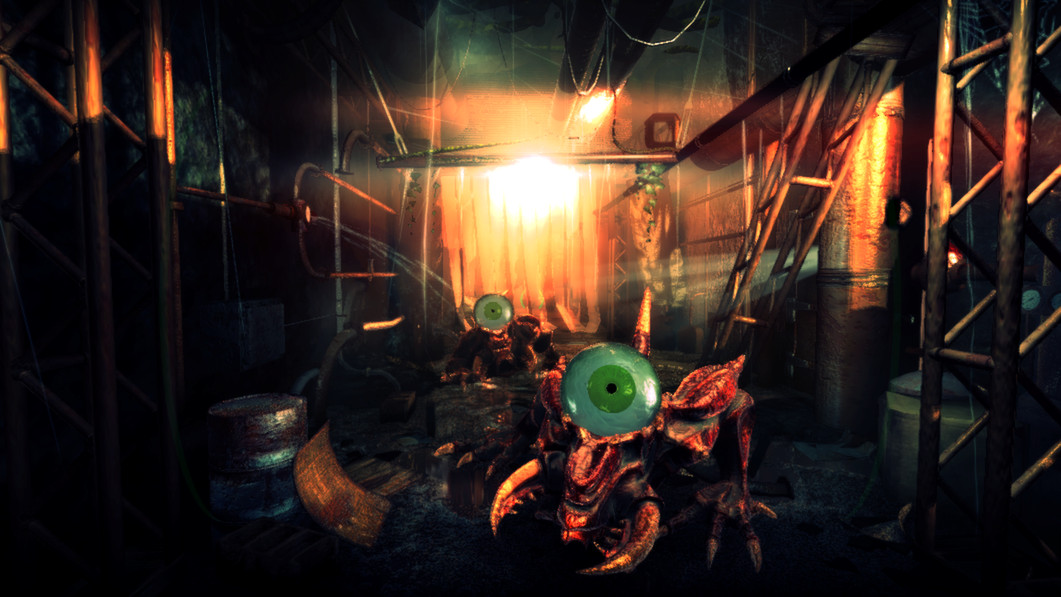 Each room is fairly small, with a brief loading time between one and the next, but also filled with objects to prod and manipulate.  Some puzzles are fairly obvious (throw snail to distract monster) while others are almost unfairly less so.  Thankfully a tap of the tab key lights up all the objects you can interact with in the room, but even with that certain items are very well hidden.  Still, once you’re back on the right track, solving your way out of the room gets fun again, and the moments where Albedo feels like its penalizing you for not seeing the invisible are quickly forgotten.  It helps that, in retrospect, the solution always seems fair.

One of the problems of talking about an Early Access game is that, when giving a full overview, the list of problems can easily seem to overwhelm everything good.  Lighting leaks behind solid objects, glare from the light on the hardhat washes out the numbers on a piece of paper you’re trying to read, controlling John in the flooded room when transitioning from water to surface is completely wonky, dealing with the inventory can be counterintuitive when you need to combine two items from the inventory, the translation is rocky as hell (I found a pig’s foot.  The item indicator called it a “crowbar”.) and there are small bugs all over the place.  Albedo is in Early Access for a reason, and the work necessary to complete the game is far larger than adding the rest of the levels and calling it done. 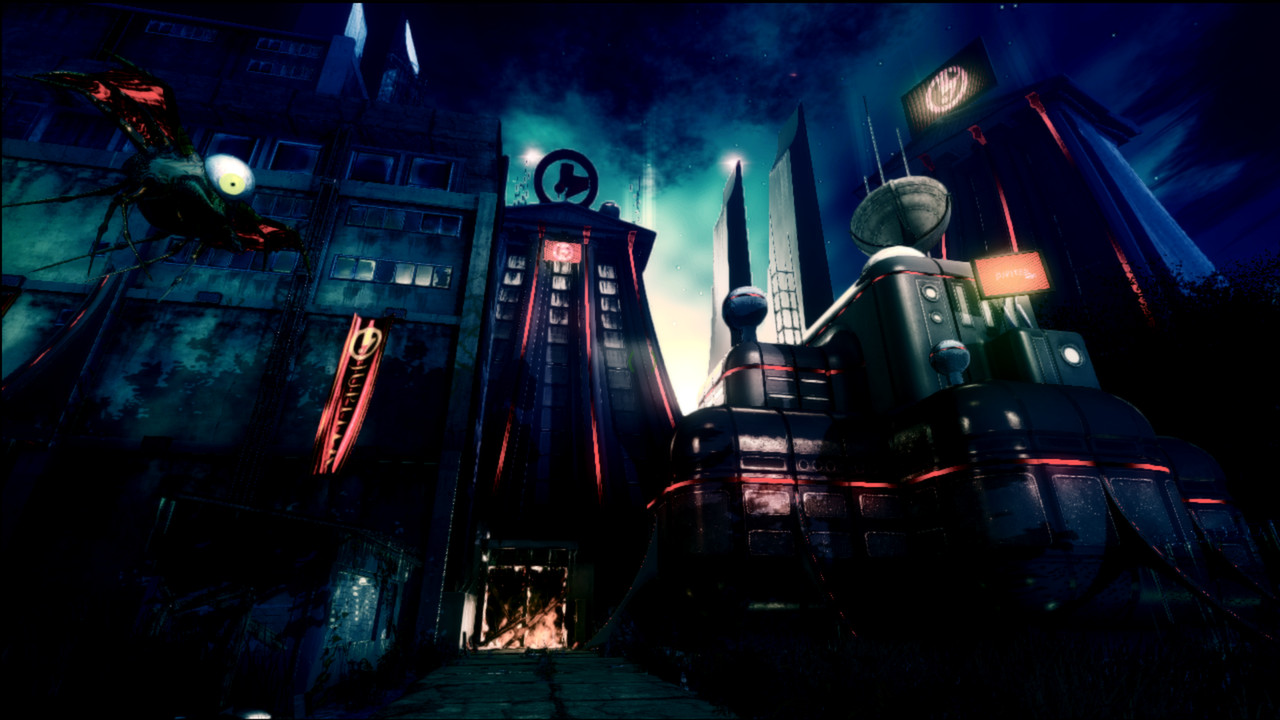 However!  It’s important to remember that even (or maybe especially) Early Access games are more than the sum of their flaws and features.  Albedo: Eyes from Outer Space looks great, has some very clever puzzles, and is dripping with 1950s schlock sci-fi charm.  Eyeball monsters and flying saucers that look sharp and sleek but also somehow like they’re suspended by string?  Oh yes, that’s more than enough to earn forgiveness for a few developmental pains, and it doesn’t hurt that the environment look fantastic.  The Early Access version of Albedo cuts out with a To Be Continued… message just as combat is about to be properly introduced, which is a bit disappointing, but also ends just after an excellent clever puzzle and sudden dramatic moment.  Albedo left me wanting more, and that’s the mark of a game that doesn’t just promise but actually delivers.