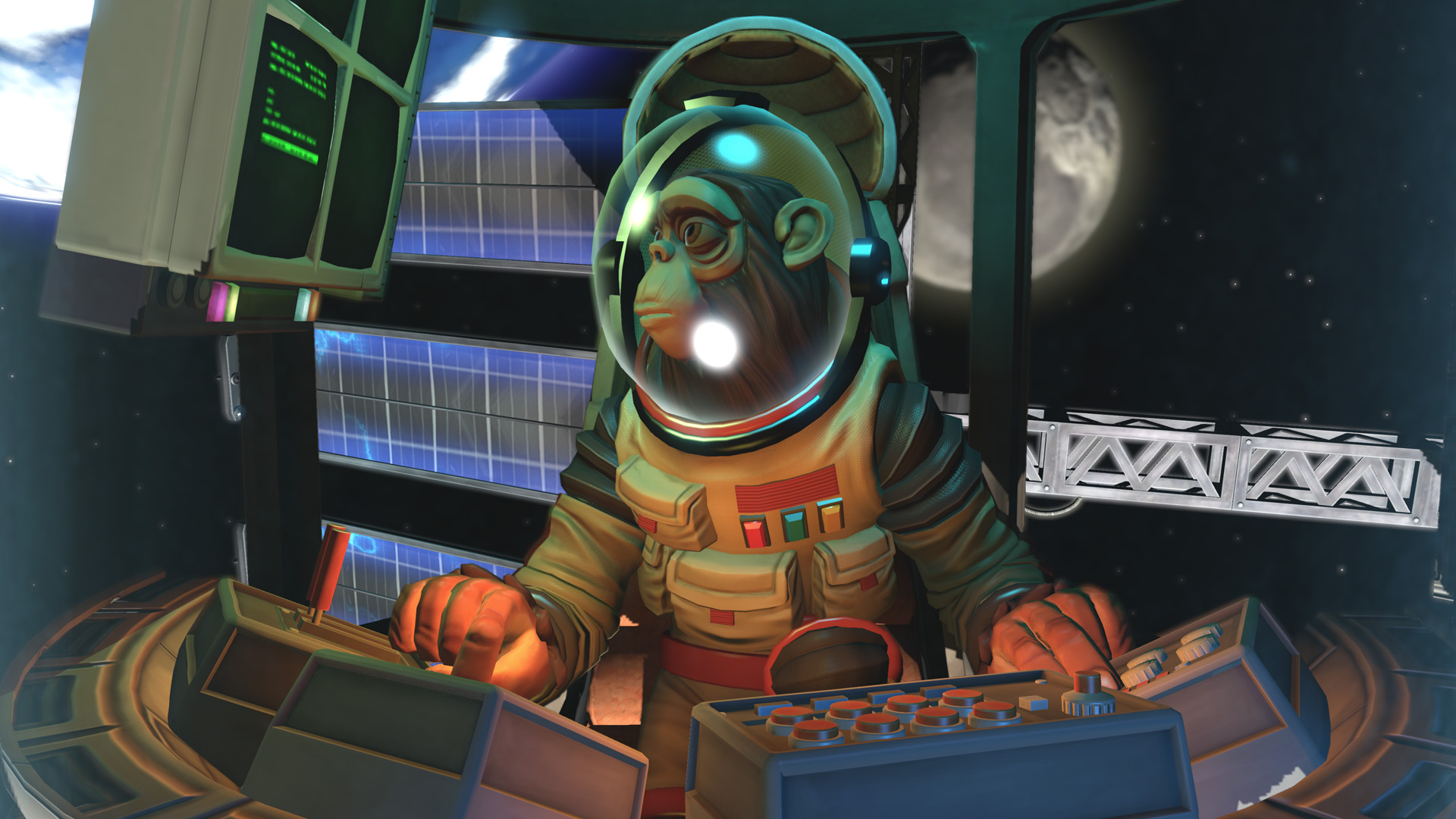 Don’t let the name scare you. Fantasia: Music Evolved may sound like a child’s play, but beneath the Disney-branded exterior lies Harmonix’s new rhythm game. At surface level, the collaboration might seem odd. After all, it’s not often that we get a rhythm game tie-in and with the exception of (*shudders*) Dance Dance Revolution Disney Mix, the mouse house has never attempted something like this before. But while that regrettable game simply took a pre-existing rhythm title at the height of its popularity and infused it with Disney characters, Fantasia is a brand new concept in the genre. What’s more amazing is the fact that Disney allowed Harmonix to create a game that featured Disney elements at a minimum and in turn, Harmonix created something far more ambitious than a collaboration of this type should probably spawn. Child’s play? I think not. 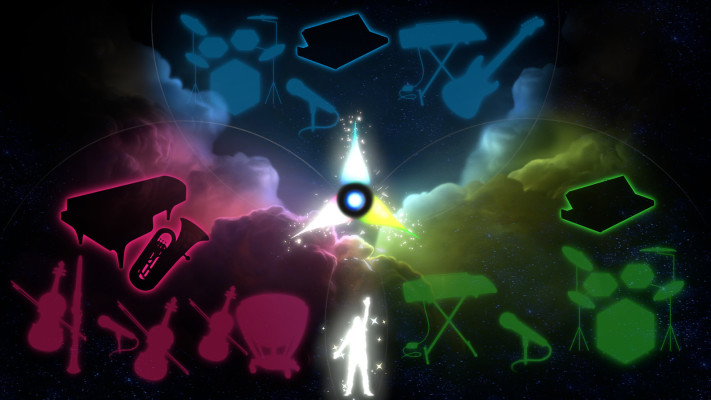 Harmonix has hinted at the fact that the concept behind Fantasia was already in development before Disney approached them and that seems clear from the outset as this is no ordinary rhythm game. Games of these type have always been a tough sale for the Kinect as they rely on perfect accuracy. Quite frankly only two games have got it right — Just Dance and Harmonix’s Dance Central — and the latter is the only one that’s proved it can capture the complexities of movement. As such, while it might seem like a turn off that Fantasia is controlled entirely via body movements, your hands are in the hands of the most capable developer in the field.

Unlike the aforementioned Dance Central, Fantasia gets rid of leg and body movement in favor of complete arm control. While that may seem like a step backwards in terms of functionality, it puts a complete emphasis on timing. Upon choosing a song, cues appear on screen that need to be matched with players’ hands and arms. There are Sweep, Push, Hold, Path and Switch Cues. Sweep are the most common cues that must be matched in time with the rhythm and can go in any direction, Push are cues that require an arm to be held straight out in a punching motion, Hold cues require an arm to be kept in a certain position for a pre-determined amount of time, Path cues require an on-screen track to be followed after nailing a Sweep and Switch cues allow the mix to be changed. Although gameplay is simple, the same is the case for the best of its genre and seeing those variations work in tandem makes for a fluid experience. These movements will make you look like you’re conducting an orchestra — or brooms — which is where the Fantasia connection comes in to play. 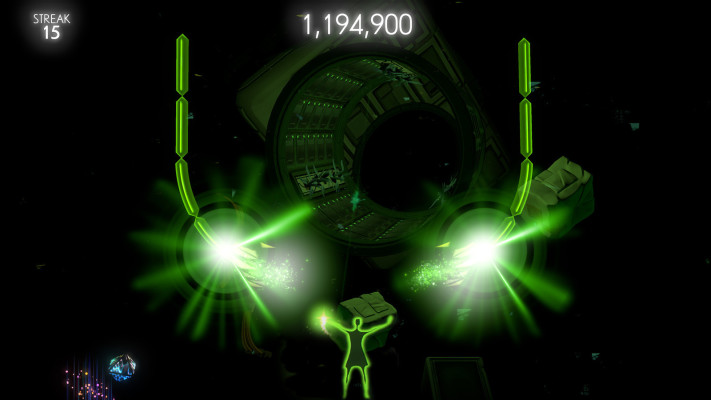 While the basic movements are enjoyable enough to match to music, the real fun comes into play when you get to remix it. The aforementioned Switch Cues pop up about half a dozen times  per song and allow it to be changed. Multiple remixes are unlocked by completing a song with a certain amount of points. Once at least one other is unlocked, junctions happen during play where elements from other remixes can be combined to alter the song. Players can choose to simply play through the original song or one if its remixes or combine elements to create all new songs. This added element of freedom allows custom songs to be played that if selected right can often sound surprisingly cool. Of course, it’ll still be scripted to the elements of the remixes, so where creativity really comes into play is in the form of magical manipulators that allow new beats to be created that play in the background of songs. There are multiple manipulators that appear, all of which generally allow one or two hands to be used to chop up or select certain instrument patterns. If players take their time, they can actually create cool additions to the song that sound like part of the remix. That being said, this is far from something KORG would put out, so intricacies are excised in favor of simplicity. Given that there’s practically no learning curve for these manipulations, however, Harmonix did a commendable job ensuring even the most tone deaf players could create something moderately respectable.

There’s never a dull moment when traversing through the game, but once players have done so, there’s a chance it could indeed become dull. This is due to the fact that Fantasia is relatively easy to master and once it is, difficulty never ramps up to compensate. Songs only include a single difficulty level between one and five stars, with most skewing towards the lower end of that cosmic scale. I was able to clear one of the hardest songs in the game, The Who’s “The Real Me,” on my first go with a 95% score. In fact, I can’t recall scoring under an 85% on any song and scored under 90% only once. Granted, after decades of DDR (don’t tell anybody I said that) and experiencing every other worthwhile rhythm game, I’m probably at the upper echelon of the genre’s players (don’t tell anybody I said that, either), so others may struggle more than I. Of course, as much as the first paragraph of this review might convince you otherwise, this is a family-friendly rhythm game and it will likely prove difficult for children and casual gamers, but having the ability to increase the difficulty of songs could have given it staying power and opened the doors for competitive play. Hopefully a patch or DLC will come out that adds higher difficulties, as it’s one of the only weak points of the experience. 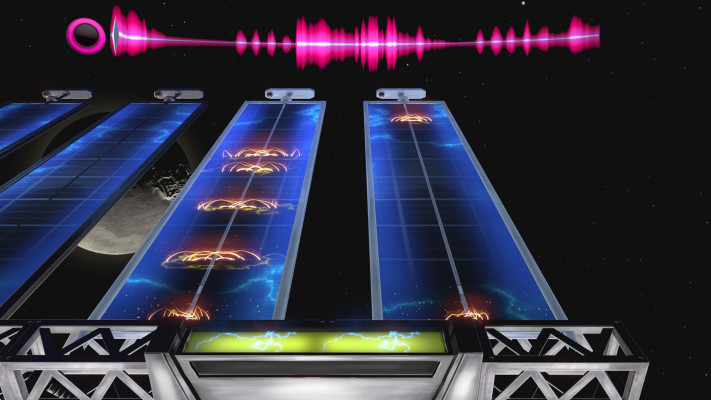 Unlike most rhythm titles that seem content with simply consisting of a flashy menu and a list of songs, Fantasia presents gamers with a campaign mode with a small semblance of story. While the story is disposable, this mode does a great job of introducing and taking players through the entire tracklist. Multiple realms are presented including The Cosmos, Shoal, Shallow, Hollow, Cosmos, Plant and more that feature two or three songs that unlock magic fragments. Not only are the magic fragments used to complete this mode, but also unlock the songs and remixes in a general tracklist for easy access. This is the second (and honestly only other) place where the Disney theme comes into play, as the best adjective that can be used to describe them is “magical.” That wasn’t intended to be despairing, however, as Harmonix has done a great job capturing that Dinsey magic and putting it into the game. Expect to go under water, to woods and even to outer space. The imagery conjures the film Fantasia and especially its successor Fantasia 2000 in terms of color and the serenity of environments.

About thirty tracks are included that range from classical to indie. There’s a fairly heavy emphasis on classical from renowned composers such as Mozart, Vivaldi, Tchaikovsky and more, which makes sense given The Sorcerer’s Apprentice connection. On the classic rock side of things, there’s tracks from The Police, Depeche Mode and David Bowie among others. For those with more modern sensibilities, there’s The Flaming Lips, Lorde and Imagine Dragons. Which the exception of Nicki Minaj and Bruno Mars, there really aren’t any duds. Remixes range from passable to exceptional, dabbling in multiple genres including EDM, hip hop, trap, dubstep and more. While everything here is great, there’s a noticeable lack of it. Thirty-three tracks is on the low end of acceptable and the fact that there is already a laundry list of planned DLC rubs salt in the wound. As a good portion of it is public domain, the total tracklist should have been bumped up to fifty. After all, Forza Horizon 2 has five times the amount of songs and it’s a racing game. 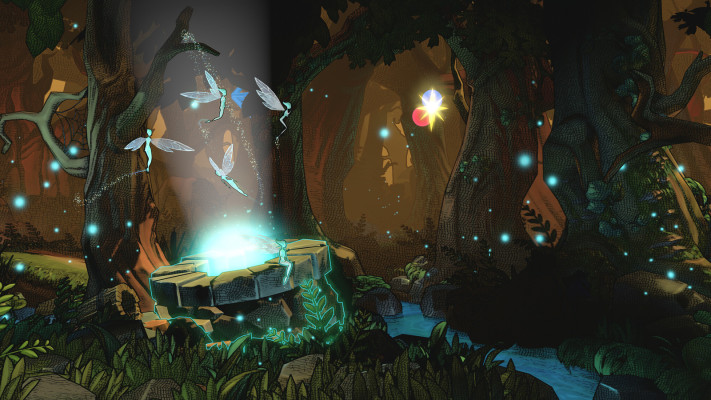 The magical combination of two creative powerhouses in Disney and Harmonix has produced one of the best Kinect rhythm games to date. Like no other to come before it, Fantasia: Music Evolved combines the required accuracy of the best of the genre with wholly enjoyable remixing tools that allow players to create new compositions on the fly merely with their hands. More than just a children’s game or tie-in, the production values of Fantasia live up what we’ve come to expect from both studios and does a commendable job of feeling like a Disney product without beating the point home. Sadly, there’s not enough of it. The difficulty is mild at best and genre veterans will master it in short time. That combined with the current lack of tracks could prevent return players. The latter will certainly be fixed through DLC (although more of that should have been included out of the box) and hopefully Harmonix patches in difficulty selections to give the experience more legs. Still, like the best Disney products, Fantasia: Music Evolved can truly be enjoyed by all age groups and is an inventive rhythm game that fosters creativity.