Unlike Omega Force’s surprisingly popular Dynasty Warriors franchise, Samurai Warriors isn’t an annual franchise, at least not here in North America. In fact, the last console Samurai Warriors title we received was over four years ago, and that was a Wii exclusive. That changes in 2014 as Tecmo Koei has brought over the fourth iteration in the exaggerated Sengoku era hack and slash franchise, this time only for PlayStation platforms. It may have been a while since we last played the series, but it all feels too familiar. Tacking on modern enhancements in combat and visuals, Samurai Warriors 4 has progressed to a whole other level, hopefully introducing itself to a new generation of gamers.

Like every game in the past, Samurai Warriors 4 contains a robust campaign. The story mode is structured a little less like a Samurai Warriors game and more like Dynasty Warriors. Instead of selecting a single character to play through their story, players will need to progress through a semi-open selection of fifteen sagas of varying lengths, each telling a legend of a historical Japanese figure or event during the Sengoku era. This includes persons such as Oda Nobunaga and Ieyasu Tokugawa, and locations such as Kyushu and Shikoku. Of course, being a video game, these stories aren’t meant to be entirely accurate and can be over-exaggerated, but they do reference a lot of historical events and outcomes. Each legend comes with a number of different stages where multiple characters are playable, trying to keep accurate to the various allegiances and clans. The story mode itself doesn’t contain a lot of interesting cinematic setups, mostly quick snippets if anything, but that’s not the main draw. While Samurai Warriors fans will undoubtedly go through each saga, it’s the upgraded gameplay mechanics that will compel most to continue forward. 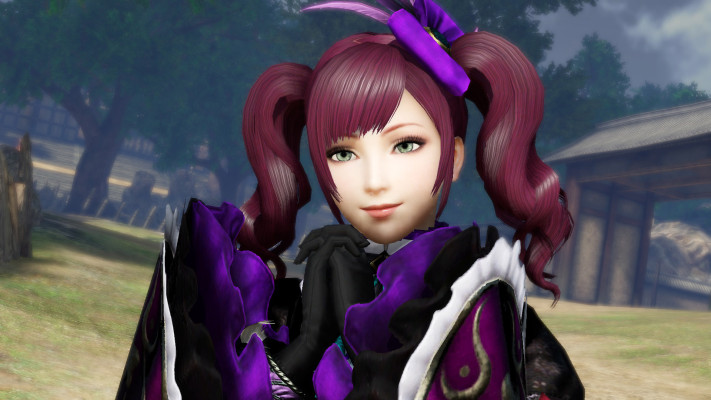 Usually, players are tasked with a singular character going into battle, but that’s no longer the case. Instead, we are treated to primary and secondary characters, allowing for dramatically more engaging gameplay scenarios. This changes the dynamic of combat relatively drastically as orders can be given to the other character to either do their own thing, go to a certain location or protect their master. Of course, it’s a mere button press to switch between the two, although it’s awkwardly mapped to the options button. This makes splitting tasks during battles far more pleasing, but unfortunately when the secondary character isn’t in control, they can be fairly useless. They’ll essentially run into road blocks that need the player’s attention to pass, which is usually just Officers to defeat. Fortunately, it does help that when there’s no one in their way, the secondary character moves at a much quicker pace, almost teleporting to their expected location, making traversal almost a strategy of when to switch.

Other than the secondary character, combat is fairly similar to what we’ve come to expect. Square and Triangle will be the player’s best friends, with Circle being tied to the strong Musou special. Spirit charge acts as a block break, but uses up a single orb generated for the Rage state. Overall, if anyone has played a Warriors game in the last year or two, they’ll have more than decent grasp of what the combat acts like. What’s compelling about the core system is the leveling mechanics. Progression is Samurai Warrior 4’s strongest, yet most disappointing trait. It’s smart of Omega Force to establish a level system for each character, giving them additional moves and item slots, but it comes at a cost. Character combos start off with simple four-strike variances, and eventually move its way up as levels are gained. It’s mainly that it’s difficult to determine whether or not a character is actually enjoyable to play as, especially when some open up much later on. It’s a balance between whether or not it’s beneficial to grind to determine if someone is worth playing. Regardless, it’s an elimination process that encourages to try out everyone. 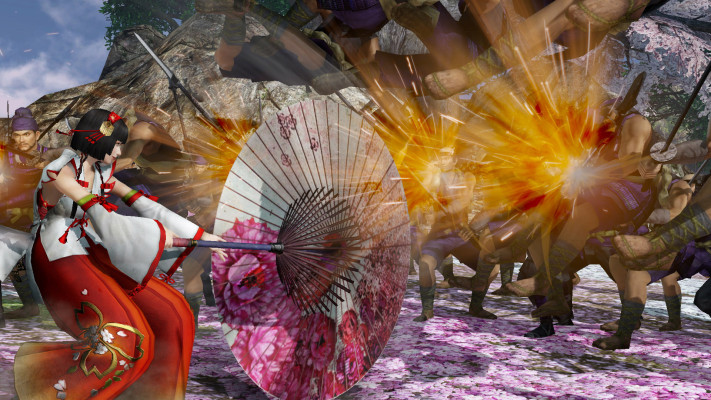 The most intriguing addition to Samurai Warriors 4 is the Chronicles Mode. This uses characters from the character creation tool, which is decently diverse, and puts them in a scenario where they roam a certain portion of Japan. The further they progress, the more of Japan can be visited, unlocking new allies and equipment. This also deals with building relationships with other characters, as specific individuals will level up depending on which actions are taken on the field or what is said during a conversation. Unfortunately, there’s very little consequence or differences to this aspect, mainly just unlocking specific events faster, so I do wish there was a little more agency when making choices. It’s also something to mention that the mission structures are pretty standard in this mode, mainly just randomizing a couple of tasks in different locations. The only interesting take, at least for the scholar path, is that there’s a trivial stage where three choices are given and you must defeat the character who correctly fits the answer. This relies heavily on the player’s knowledge of Japanese history, right down to nicknames and family members, so for most people it will require them to rely on Google. It doesn’t help that, if an incorrect officer is defeated, it will be a failure of the question, and because all three enemies will charge the player from the get-go, it becomes difficult to correctly answer at times. Overall, this is a mode that’s a lot of fun at first, but will wear thin the more you dig in.

Those looking for the first true generational leap for an Omega Force game will be pleasantly surprised. While Dynasty Warriors 8: Xtreme Legends and Warriors Orochi 3 Ultimate both hit the PlayStation 4, they were primarily developed for last generation consoles, and it showed. Samurai Warriors 4 bridges the gap far better, but it still isn’t a monumental leap that will drop anyone’s jaw. That’s not say the graphics are anything to scoff at, as the skin shaders give a fleshy look to characters and there’s an incredible number of enemies on screen at once, but it definitely has rough spots. The frame rate hold up fairly well, though, with drops only really occurring when special effect-heavy moves are used in crowded areas, and even then it’s doesn’t drastically affect the game. Load times are also very pleasing, only taking two to five seconds between stages, although the save system is something to be left desired. Even though it’s a small thing, the menu system in Samurai Warriors 4 is far more accessible. In Dynasty Warriors and even Warriors Orochi, the menus have always been a bit cluttered and somewhat complicated, but Omega Force has crafted something here that’s easy to get around, and looks appealing while doing so. 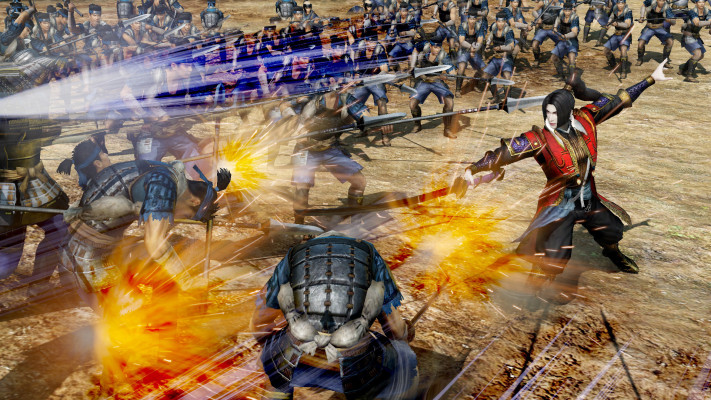 Samurai Warriors 4 is the best entry into the franchise, and is the one most mechanically sound Warriors title available, but there are still some drawbacks. Even with the diverse cast, the level-specific combo system is something that may turn people off at first as it requires a grind of thirty minutes for each character before the experience gets any better. The Chronicles mode, even with a strong opening, is also a bit dry and will require a fair amount of patience. Fortunately, while the combat system can be a bit repetitive, it’s still overly satisfying to cut through thousands of enemies within the course of ten minutes. Throw in two-player cooperative play and there’s amusement for hours on end. If you can put up with the grind, Samurai Warriors 4 is well worth your time.