Silence of the Sleep opens in a  grim way. The opening screen shows a silhouetted man as he stands at the edge of a steep cliff. He looks down, turns his back to the chasm and then allows himself to fall backwards. Then blackness shrouds the screen. And yet, this is just the start of a depressing, incredibly strange adventure. It appears Jacob, the man from the cliff, is not allowed to die yet. 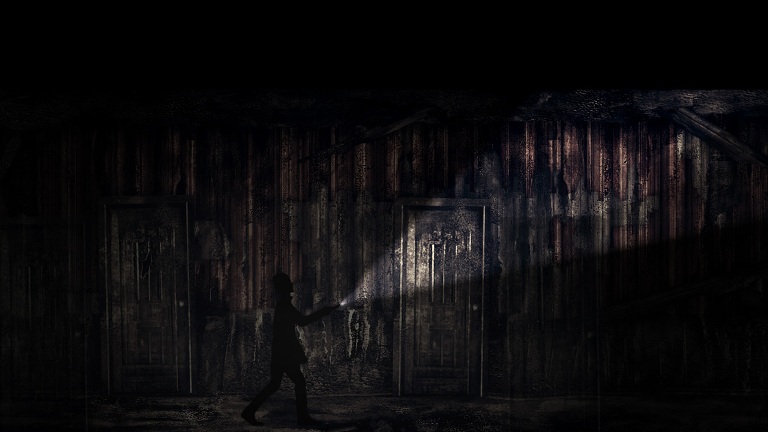 Given the dark tone of this game, it seems most fitting that it is effectively a point and click adventure. Instead of clicking you move with WASD keys but all the other conventions are there. Jacob is required to solve a litany of puzzles as he goes, speak to others in this dreamscape and wander around as a complex story slowly reveals itself. All of this convention is not without a few tweaks. Players will be split between whether said features are a good or bad thing though.

The first thing that stands out about Silence of the Sleep are its visuals. Every character in the game is just a black silhouette. Backdrops are incredibly dark or lit in disturbing ways. For example, a darkened room may suddenly flare up with an unnatural hue of red. Areas are detailed with disturbing textures and patterns as well. Such an uneasy atmosphere puts you into “alert” mode – and with good reason. There is a slinking shadow monster hot on your trail.

This being will kill you as soon as it comes into contact with Jacob. Obviously, your goal is to never let that happen! Much of the early gameplay requires players to stealthily watch its walking patterns and avoid them. Later on, a strange stealth minigame comes into play. It basically forces you to keep the mouse cursor within a moving square for a few seconds. This minigame is tense the first time, but afterwards reveals itself as fairly humorous. After all, during these sequences the creature flails about on fast-forward like it’s dancing at a rave. 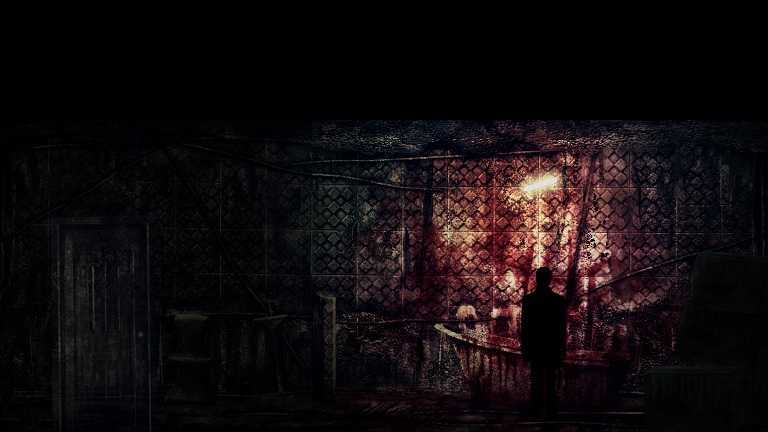 As you trek through the world, copious puzzles make their appearance. Unlike adventure games of yesteryear, most of these puzzles make sense. Areas are not huge which also means there’s not too much space to get lost in. Listening to character dialogue is integral as it usually reveals solutions. Thanks to a fairly low difficulty most players should be able to complete Silence of the Sleep in three to six hours. If not, well, there’s no in-game hint function so you’ll have to resort to an online search.

Silence of the Sleep starts out incredibly depressing but veers into other territories spontaneously. In some ways it feels like Deadly Premonition as a game with one theme that is constantly at odds with its own presentation. It’s hard to tell if this is accidental or intentional, but the latter is most likely the case. Some will be thrown off by these sudden weird interludes, but to me they were engrossing due to their weirdness. Of course, I am a fan of David Lynch’s works as well as anything inspired by it (i.e. Deadly Premonition).

Finally, it’s important to commend the soundtrack which helps this title maintain a serious tone. Each track complements a given area or character exceedingly well. The music’s melancholy mood definitely helps make Silence of the Sleep a better experience. Without it, or with a lesser musical artist, the game simply wouldn’t hold up as well. Although there’s a lot of dialogue, you’ll never hear any voice acting. This may actually be a blessing as poor voice acting would do harm to an experience like this. 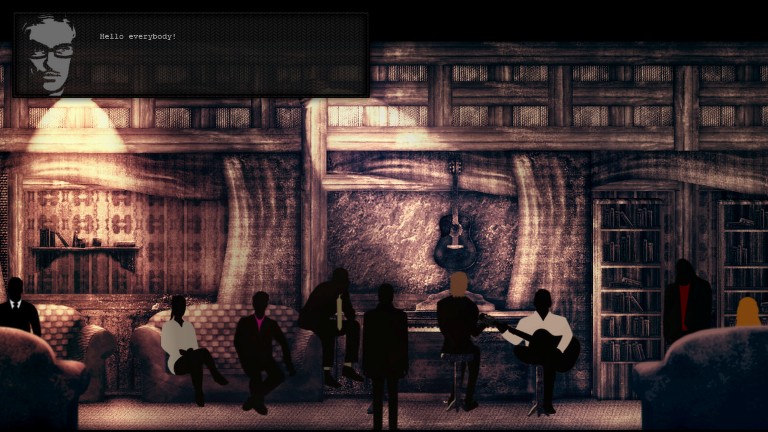 Silence of the Sleep is a divisive game thanks to its thematic elements and presentation. Many may find their immersion broken when a strange new minigame appears, or when they’re forced into an annoying stealth segment. Although they are not executed to perfection, Silence of the Sleep provides a fairly solid adventure game experience. It’s especially impressive when considering how a lone developer was able to create a cohesive, compelling product. If you’re interested in playing titles about depression then this game needs to be on your radar.