Action Henk had a Halloween update on Thursday that added not just a pile of new levels but also some good ghostly fun for the Halloween weekend.  Admitted, this announcement would have been a bit more timely two days ago, but the Halloween weekend on Steam is still running so we’ll just pretend we’re arriving while the party’s in full swing.  Point is, Action Henk is one of the best speed runners available even in its early access form, and now it’s got a pile of new levels in a Halloween theme to add to the fun.

I talked about Action Henk way back in July when it landed on early access, and since then the game has been growing at a steady pace.  New levels have been added and refined, a new ultra-tough medal (Rainbow) is available for the truly obsessed to quest after, endless tweaks to the level flow have added both eye candy and layout adjustments, and there’s even multiplayer for racing against friends.  Action Henk is a toy that doesn’t look like he’s built for speed but manages just fine anyway, running through a series of tracks constructed of wooden blocks, plastic racetrack, and anything else you might find kicking around the toybox of a fantastically-decorated child’s bedroom.  Mastering the physics and learning how to keep momentum up is the key to the best times, but the wonderfully convoluted levels have a million ways to leech Henk’s inertia until you learn both the tricks necessary to pull every bit of speed and do a bit of light course memorization.  A few of the trickier areas might necessitate heaving the controller through your PC screen, sure, but would you believe that’s one of the secrets to getting him to run faster?  Action Henk is not only awesome but also 33% off for the Halloween weekend, and with this weekend’s crop of new levels there’s just that much more awesome to go around. 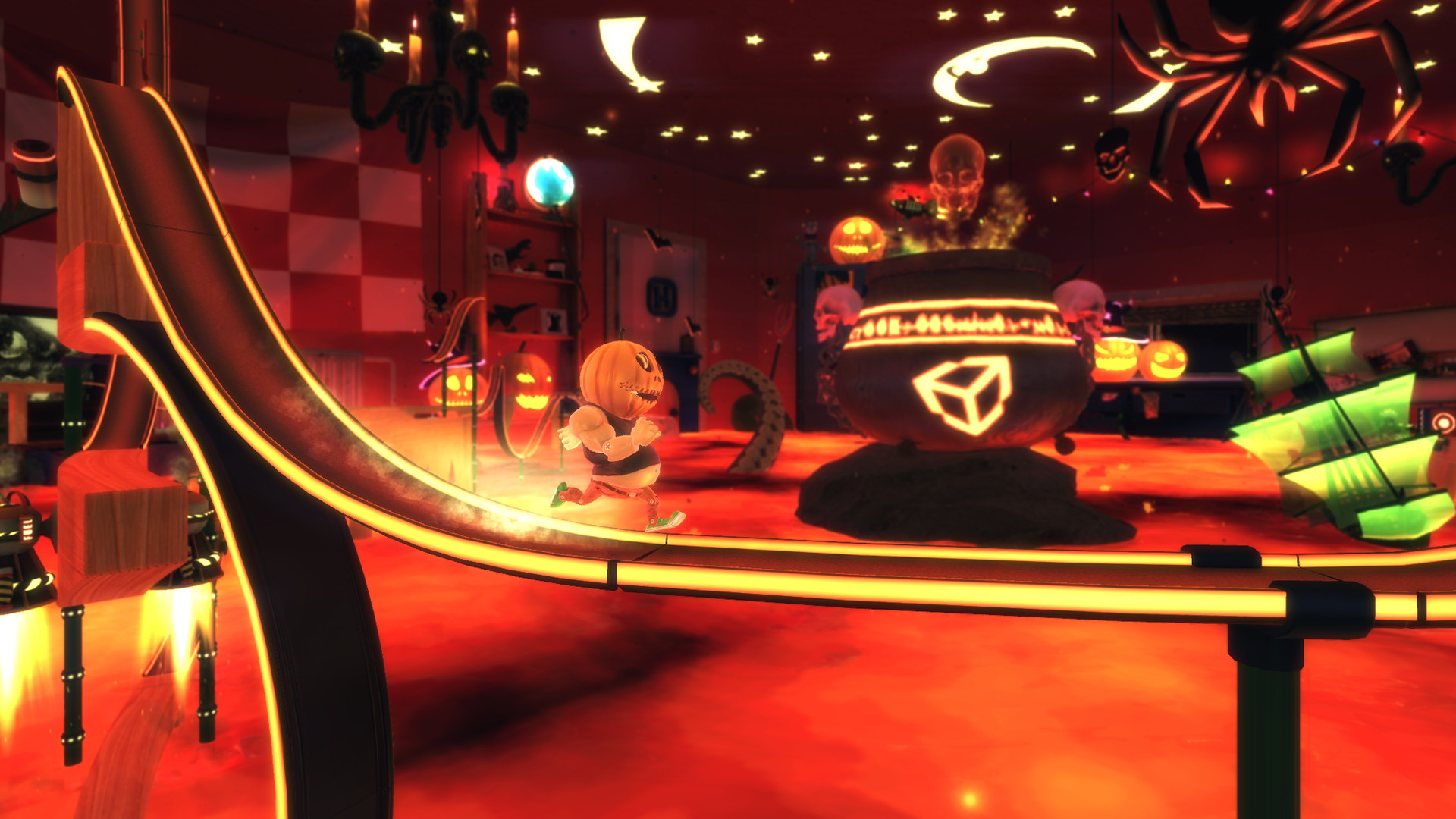