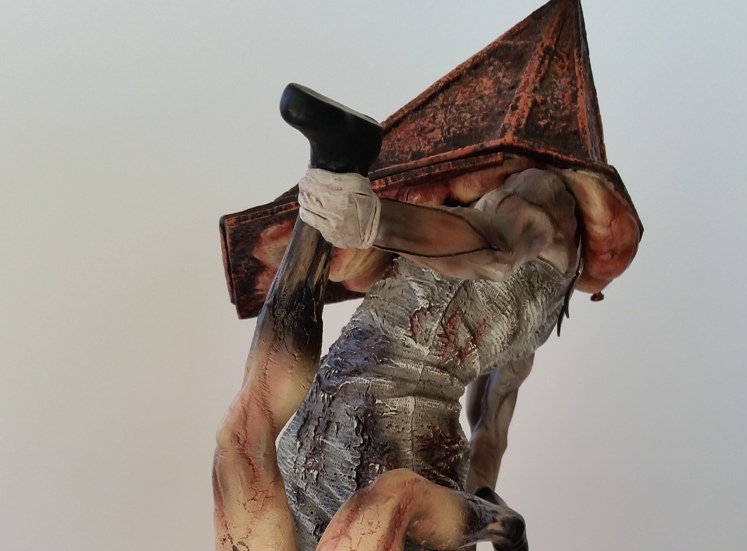 Silent Hill 2 is probably the most beloved game in the entire Silent Hill series. As such, the game’s iconic “Pyramid Head” monster has seen multiple figurine incarnations over the years. The most fanatical of fans will be quick to tell you the name is actually Red Pyramid Thing, though, as it’s referred to in the game. That’s the name Konami went with when they produced a limited edition figure of him in 2013. Sold primarily through the Konami Style Store, it is the most authentic rendition of the infamous character yet.

Standing 13 inches tall, Pyramid Head’s design is imposing indeed. The Konami Style Store version shows him with a Lying Figure dangling from his hand by the ankle. In his right hand is the Great Knife which rarely left his side. The knife itself is removable, but the Lying Figure is not. Of course, the base itself is also removable via two pegs under the figure’s feet. In all, the design is visually striking and intricately detailed. You can see his tensed muscles as he hoists the Lying Figure in the air (lifting with his knees, because Pyramid head cares about workplace safety), and for its part the creature in his hands is twisted as though struggling to escape. 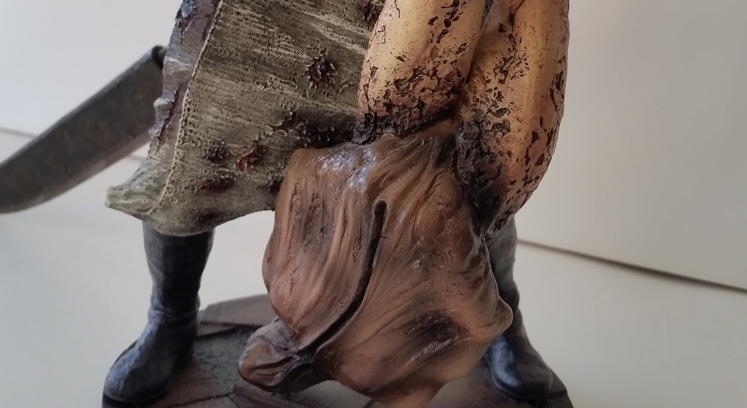 This exciting pose is brought to life with a high-quality sculpting job. You need only glance at the figure to see how richly textured it is. Pyramid Head’s butcher outfit looks like cloth with realistic hatch marks and rough tears in the fabric. His iconic helmet has been given even more attention, and is scored with cracks and other signs of wear. Perhaps the most disturbing feature is bulbous pink skin bulging out of the back of the helmet. Such a creepy visual aspect, while in the game, was never easily seen. Somehow Pyramid Head is even creepier in full daylight (or under cabinet lights).

The paint job is decent, but a bit of a letdown when you really look it over. There isn’t much variety in the manufacturer’s choice of hues. For example, the helmet is primarily painted with one shade of red and black, rather than offering multiple variations on the colors as are seen in-game. It also fails to look nearly as shiny and metallic as it does in Silent Hill 2. His smock also lacks shading. There are basically only three colors painted on – one for highlights, one for the majority of outfit, and another to fill in torn segments. As for the Lying Figure, it seems to have better shading on its smooth body and even manages to look slick. However, some very rushed-looking, heavy paint marks around the ankles sully its otherwise strong appearance. 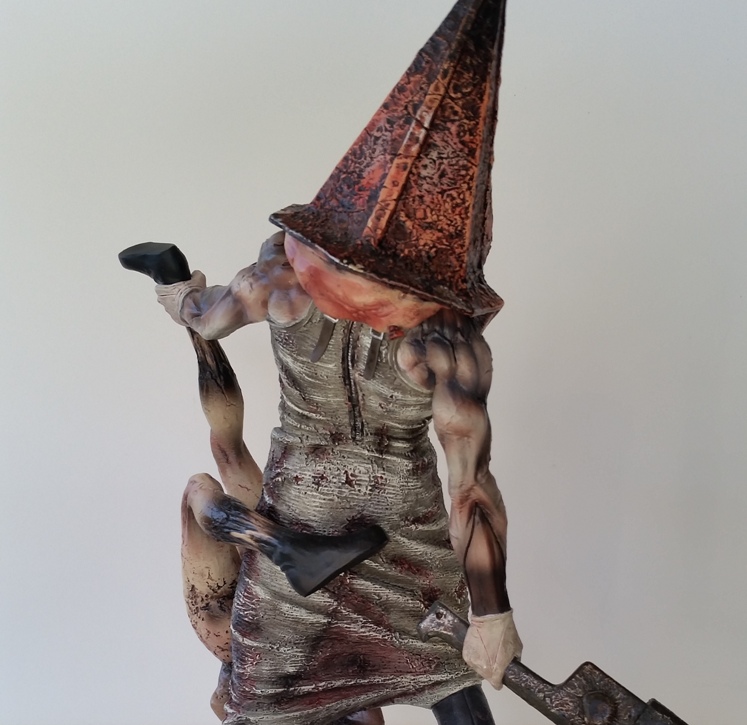 Despite these issues Pyramid Head still stands strong as a PVC figure. When giving it a careful look over it’s incredibly hard to find any seams from the mold. In fact, even with heavy inspection there’s only few to be found. One is on his left gloved hand and the other runs up his side. The latter is worked into the design of his frock to appear like stitching instead. Others are likely well-obscured by dark, textured surfaces.

Pyramid Head deserves a figure of amazing quality and this one meets some of the requirements, but not all of them. The mid-action pose perfectly showcases what this character is capable of and looks mighty foreboding on a shelf. However, the paint quality is not as detailed as it should be, especially given the careful sculpting and detailing work on the model itself. With that said, this is still the best real-life rendition of Pyramid Head on the market today. With only 2000 units produced it might be difficult to find one these days, but if you’re a Silent Hill 2 fan it’s definitely worth hunting down. 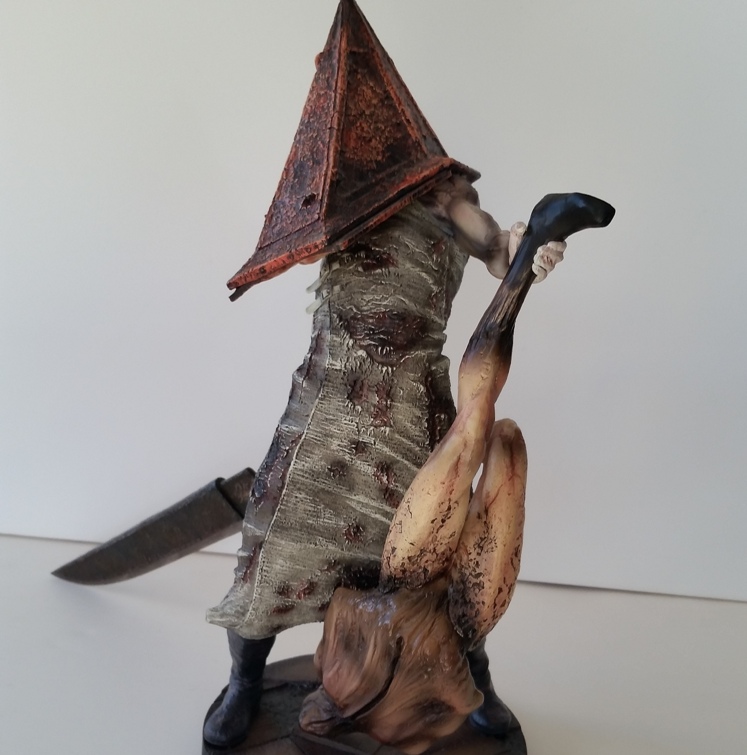