And now, the company has revealed a special edition for UK gamers chock-full of goodies any fan would be delighted to own, including a gorgeous steelbook case, a double-sided poster and a Majora’s Mask pin (in a fancy jewelry box).

While there’s no release date for the set, The Legend of Zelda: Majora’s Mask 3D launches sometime in Spring 2015. 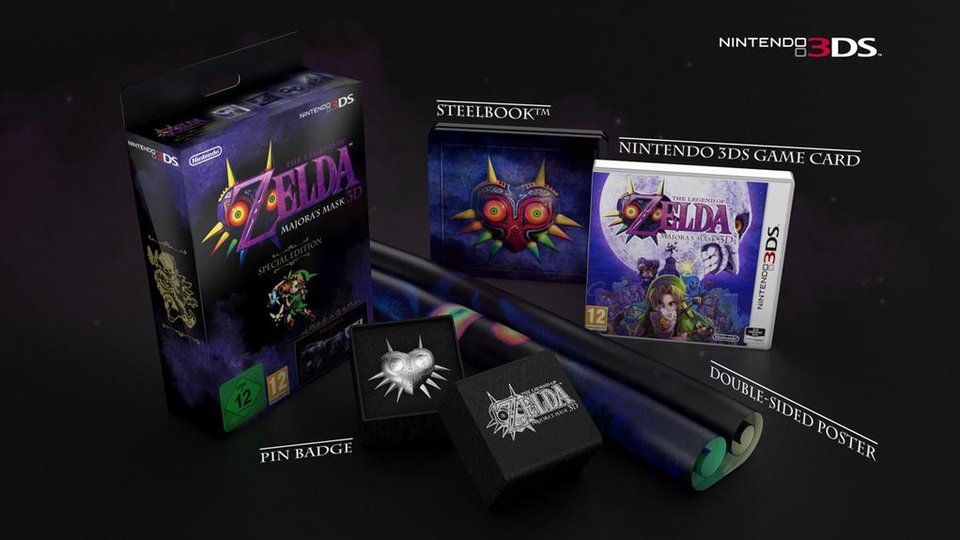