The Wii U is now the third console we’ve used to play Pier Solar and the Great Architect. If readers have been keeping track, this review of the high-definition iteration of the throwback JRPG comes mere weeks after our PlayStation 4 write-up. As such, much of Pier Solar HD for the Wii U is exactly the same as it was for the Sony release. Since Nintendo’s baby is a system all of its own hiweverm developer WaterMelon has tooled their roleplaying title to fit within the constructs of the console’s unique features, such as how the GamePad is used as a supplement as well as a means of playing off-TV. Ultimately, how does this version fare? Does it stand side-by-side with the PS4 one before it, or does pale in comparison? It’s time to find out.

Pier Solar HD tells the tale of Hoston, a boy who finds himself wrapped up in a conflict much larger than he, after only trying to innocently delve a dungeon in search of a medicinal herb said to contain the properties needed to save his father’s life. Hoston is flanked by a fairly small, but well-fleshed out cast of faces that feel individualized, but more importantly, alive. With this diverse, lively company of heroes, developer WaterMelon manages to dictate a story filled with moments of real emotion, made all the more poignant by the meticulous care that has gone into writing each character’s background and how those lifelike histories play out to affect each person’s interactions with one another. The story, by and large, will not set the world ablaze with innovation — in fact, it seems perfectly content with delivering a throwback narrative that could have stood side-by-side with titles such as Phantasy Star, Shining Force and the early Final Fantasy. In doing this, it may not feel particularly original in terms of its crescendos and big reveals, but Pier Solar understands that building around characters, in order to strengthen its storytelling and the subsequent connection players will feel to each one of them, is sometimes more important than pumping out a never-before-seen piece of fantasy fiction. 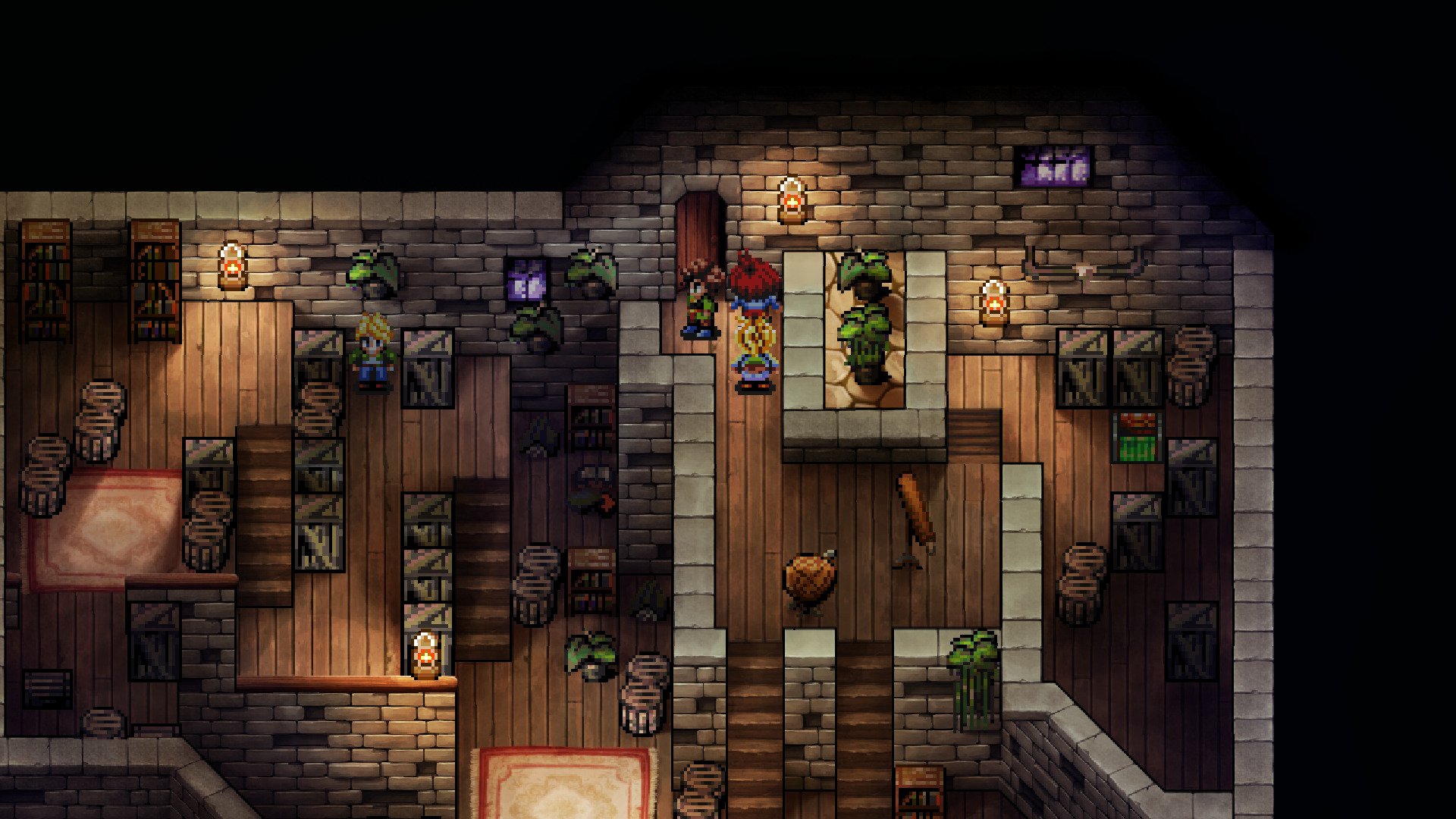 It’s able to pull this off, though, at the credit of its writers. In fact, Pier Solar HD has some of the most well-written characters and dialogue in its entire genre, even by today’s standards. The folks behind the pen are clearly to praise for this feat, as it becomes abundantly obvious within the first minutes of the game that the writers have a great respect for both their world and the players to which they’re presenting it. The prose really help in the area of characterization in addition to the storytelling itself, able to deliver tender, serious moments and those that are funny enough to elicit genuine laughter. To cover such a range of emotions is not an easy accomplishment for a writer, and yet Pier Solar HD does it consistently throughout its 20+ hour adventure.

To complement the strong writing is gameplay that feels nostalgic yet newfangled. It achieves this balance by going back to the basics of the genre, all the while tweaking mechanics in subtle ways to deliver big results. At its center, Pier Solar‘s combat is turn-based such as the aforementioned classics. When an encounter kicks off, players are given a wheel to navigate per character. On the wheel, of course, are battle actions such as using items and abilities, standard attacks, and one entitled “gathering”. Gathering lets players skip a turn to unleash a powerful attack on their next one, giving the option a fun risk-reward flair.

However, the real meat and potatoes of Pier‘s combat lies in its formation system. Here, players are able to be placed in specific locations on their side of the battlefield to enhance inherent strengths. Hoston is the ideal option for full-on melee assaults, but is nigh useless at long-range, for instance. The five-person party system allows for complex setups to say the least, wherein strategy is found by understanding how to synergize members’ strengths and limitations. Being able to adapt tactics on-the-fly depending on the baddies that pop up in the random encounters is one of the most exciting parts of this feature. Boss battles especially require fluency in this mechanic, and just a sound tactical mind in general, as they can be tough as nails, though usually not unfairly so–we often realized that our deaths were of our own accord and not because the AI was cheating its way to victory. This made vanquishing larger foes all the more rewarding.

Battling is the largest portion of Pier Solar, as it is an old-school JRPG after all; but with that formula comes the usual town and dungeon exploration that encompasses a large part of the player’s journey. Towns are particularly exciting, each with their own unique qualities, back-story and overall feel, making traversing the various locales and events satisfying. While we would have liked an open world map that’s fully explorable, Solar HD implements a point-and-click approach, making traveling easy but lacking mystery. This was something of a letdown.

But those locales are really brought to life by the cheery, vibrant color palette. Pier Solar HD uses a few graphical filters that gives folks a chance to see the game in its original 16-bit aesthetics or slick, polished HD. Both have something to offer and cater to the old-school crowd and those who may have only grown up in the sheen high-def era simultaneously. Each filter really does do wonders for the strong art direction, thus making it fun to flip back and forth between the styles. Just having the ability to do so is neat. Even the font used is crisp — a small, but noticeable and important trait for a game that features a plethora of written dialogue. The new animated cutscenes, though usually short as well as few and far between, are also gorgeously rendered. While character designs can sometimes lack enthusiasm, they are still drawn with clean lines and imagination. To make the presentation even stronger, the game’s soundtrack is a triumph. Like the writing, it manages to convey strong emotions with compositions that are beautifully arranged and executed. The tracks can be upbeat, heavy-hearted, or pulse-pounding depending on the occasion, nailing the intended mood well. 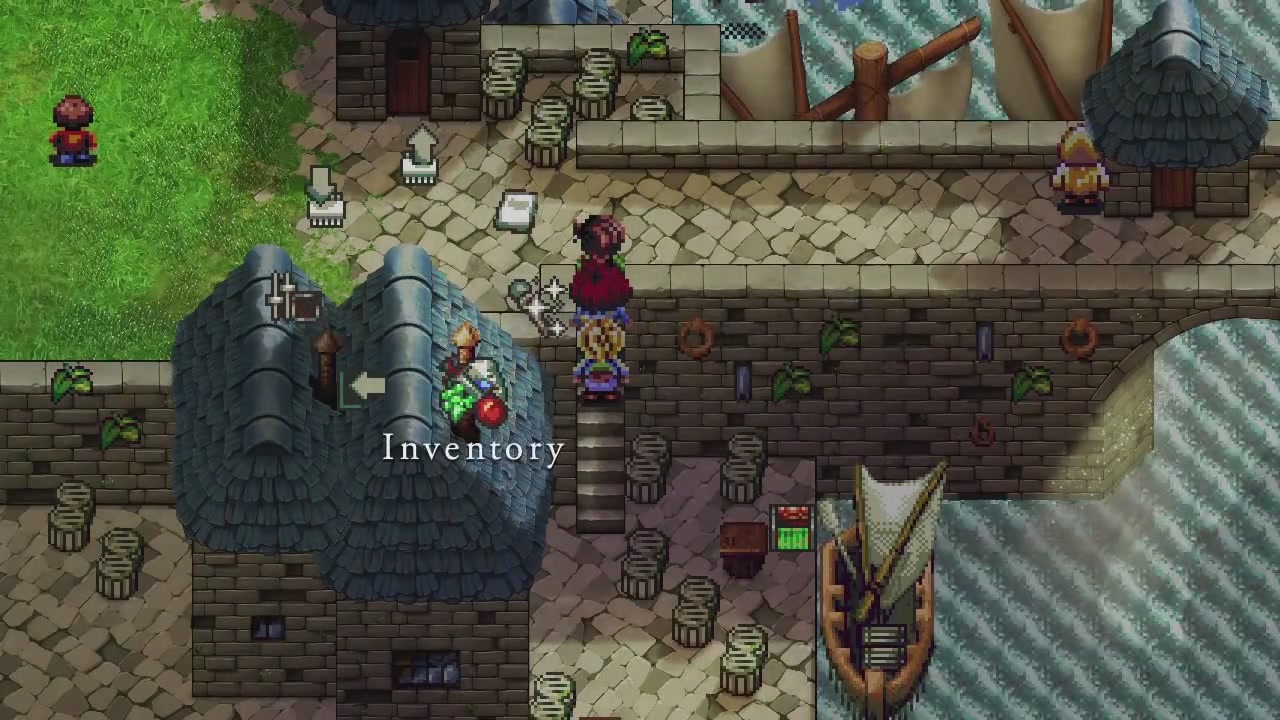 If Pier Solar HD lacks in any one area significantly it’s in its vehement desire to never tell its players where to go next. In most games there is some kind of indication about what to do in order to get to the next segment of the story; however, more times than not, Pier Solar will provide zero explanation and thereby leave folks wandering aimlessly around the world map and dungeons. This can go on for minutes to hours depending on which part of the story one’s at, as well as the player’s individual deduction abilities. Most of the time, though, it’s pure luck that will land players where they need to be, and this is unfortunate. While this kind of design may have sufficed during the time period of games Pier Solar takes inspiration from, there’s a reason why such approaches are not used anymore — they’re not fun.

New to the Wii U version of Pier Solar HD is the GamePad functionality. Not only can folks play the entire game using the off-TV play feature, which suffers from zero lag (unlike playing via Remote Play through the PS4 with a Vita), but the fresh inclusions for this release make the GamePad a great adventuring companion. The newly implemented touchscreen controls allow for items and spells to be dragged directly onto character icons, easily exiting dungeons and unearthing loots crates via the handy-dandy treasure chest radar. These additions aren’t going to radically change how the game is played, but they further round out the experience, making it feel even more complete than before. One gripe, however, is that while using off-TV play, the game doesn’t seem to always register that such a setup is being used, and will remind players to use the GamePad for a secondary screen. It’s not a huge deal, rather simply annoying. 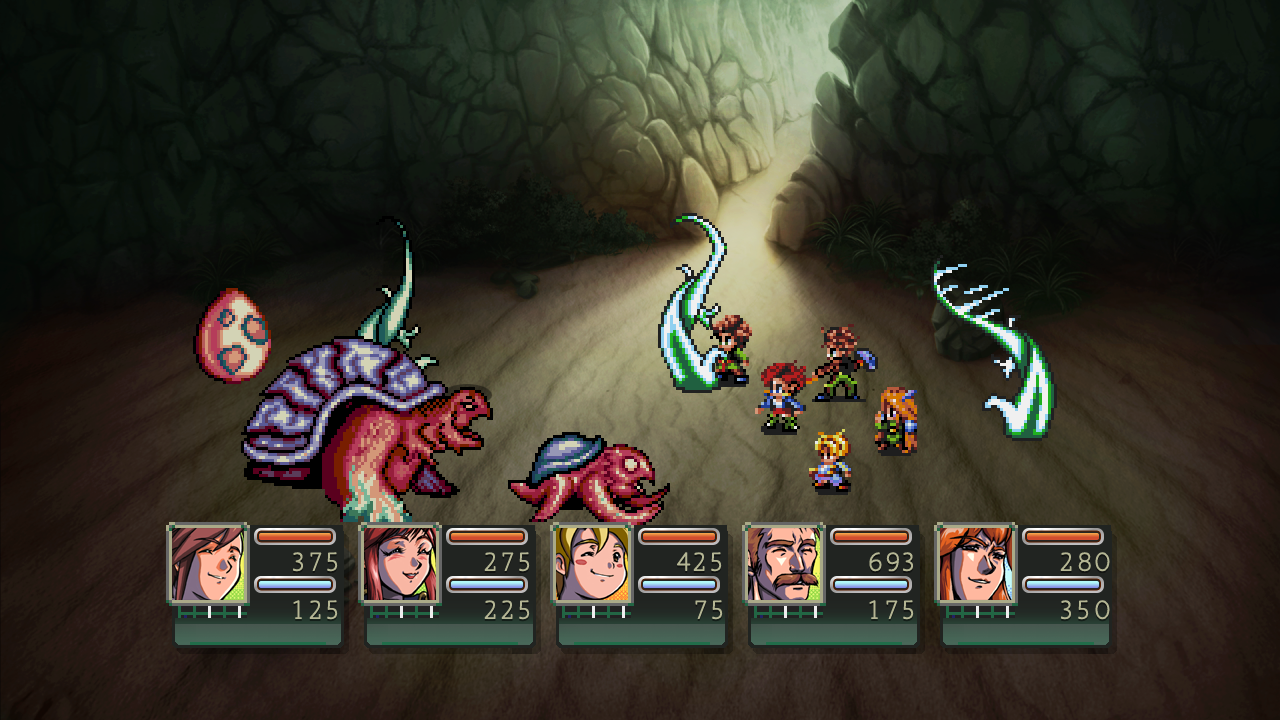 Pier Solar HD is a testament to sound game design. Moreover, it’s a delightful throwback title that manages to integrate new-age conventions with those that defined a bygone era of gaming so close to many folks’ hearts. With some of the strongest storytelling in its genre, now or in the past, a deep combat system and a top-notch presentation, Pier Solar HD is at the head of its class, easily sitting alongside some of the most cherished classics of its kind. It does have some flaws, though, namely its seeming disinterest in ever providing any real guidance to players, leaving them confused and wandering for longer than necessary. Even with this issue, though, the game could easily be sold at full price and still be worth every penny. Additionally, the Wii U version has a leg up on the other iterations simply because it complements the solid gameplay with some unique GamePad features. They don’t redefine the experience, but they add to it, and the off-TV play is especially wonderful. It may have taken WaterMelon a while to finally give us this gem, but it was worth the wait. If you’re looking for a memorable, old-school RPG, buy Pier Solar HD. There’s no other way to say it.