New titles which will be free for PS+ subscribers have been announced for Japan. To commemorate the 20th anniversary of the PlayStation brand in Japan, PS4 owners subscribed to PS+ will be getting digital editions of Killzone: Shadow Fall and Natural Doctrine next month. PS Vita owners will be joining in on the fun too, as PS+ subscribers will be getting God Eater 2: Best Version.

Hopefully North America will follow suit in the trend of offering major first-party PS4 titles shortly. You can check out the image showcasing next month’s PS+ from the Japanese PlayStation blog entry. 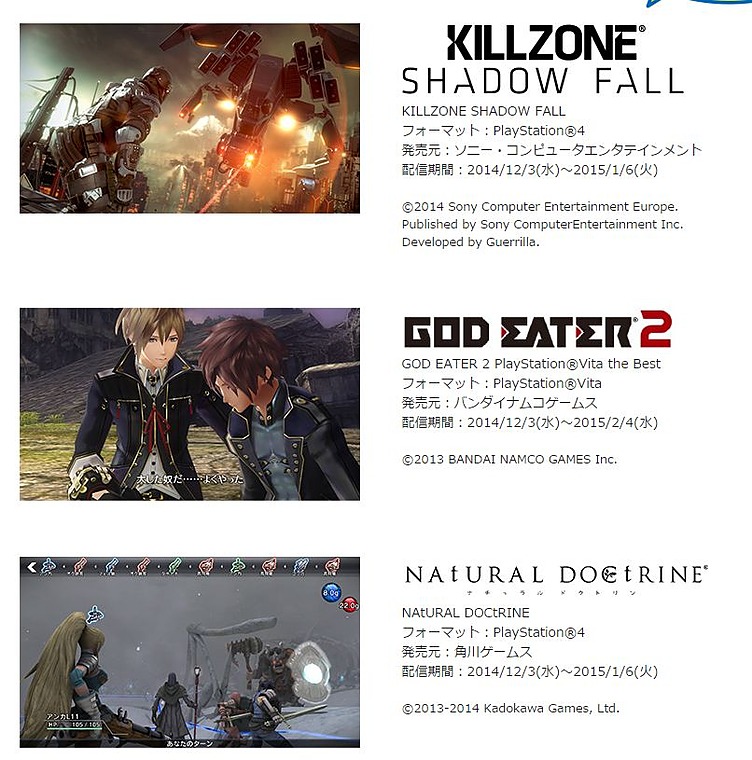