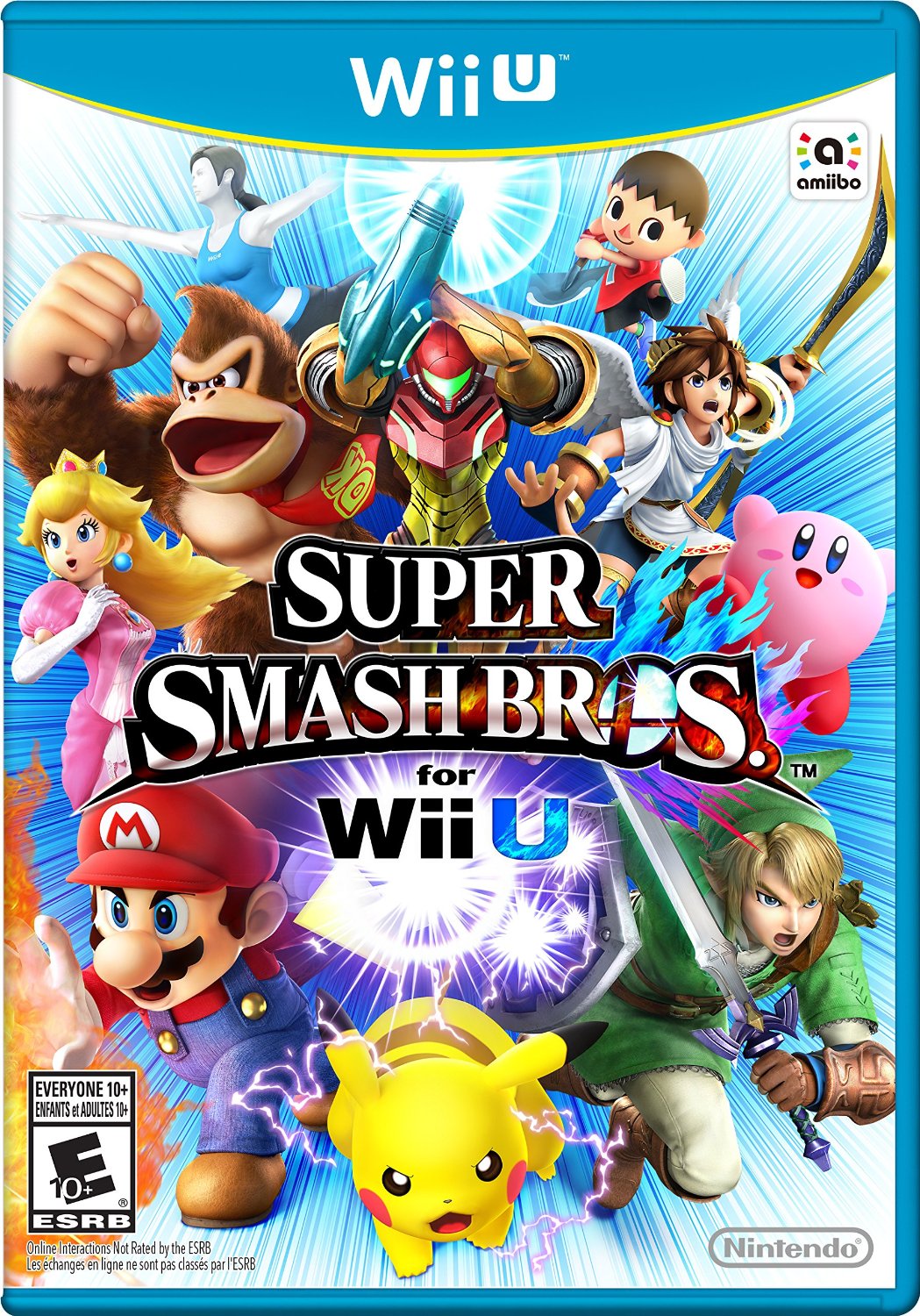 Super Smash Bros. for Wii U

Nintendo’s greatest asset is, and perhaps always will be, its rich and illustrious history. Because of this, while Mario Kart may be the company’s most popular and profitable franchise, the Super Smash Bros. series is undoubtedly the crown jewel in Nintendo’s lineup. It’s not only an accessible and consistently fun brawler, but it’s also a game that collects elements and characters from such an eclectic and fantastic range of games that no other company in the industry could pull it off nearly as well (though it hasn’t stopped them from trying). With the series’ debut on 3DS deemed a roaring success, Nintendo set the bar even higher for the Wii U version, and perhaps predictably, it’s an absolutely fantastic experience.

Super Smash Bros. impressed on 3DS, but witnessing its Wii U counterpart in action blows it out of the water. The game is colorful, vibrant and beautifully animated; you’ll likely find yourself frequently pausing the action just to rotate the camera and soak in the sights. Super Smash Bros. has always looked good, but seeing the characters, stages and animations in glorious HD is nothing short of awe-inspiring. There’s just so much detail afforded to every aspect of the visuals that it’s hard to imagine why any subsequent entries would need to look better, or if they even could.

You’ll find the same roster of fighters here as on 3DS, which means you’ll be amongst iconic characters like Mario, Link and Samus, along with new faces like Lucina, Wii Fit Trainer and Villager. They’re all impeccably balanced and bursting with the personality we adore, while all packing a serious punch. The stages, however, are largely different on Wii U, and all seem to maintain the outstanding standard Super Smash Bros. is known for. You’ll brawl on stages big and small, scrolling and stationary, and, some cases, in the background and foreground at once. It’s all sublime, and made all the more enjoyable by the painstakingly crafted physics and responsive controls.

Where the 3DS version has Smash Run, Super Smash Bros. for Wii U’s bespoke mode is the brand new Smash Tour, a sort of digital board game that has you and your friends (CPU or otherwise) moving around a small, medium or large board collecting fighters and powerups for the inevitable all-out brawl at the end. The board is littered with a number of special spaces that either afford you an extra fighter, a stat boost for your current roster of fighters, or one of a slew of items you can utilize either in battle or on the board. Of course, no Smash Bros. mode would be complete without a healthy dose of fist-to-face combat, and Smash Tour makes sure the punches keep flying by scattering battle opportunities throughout the board. Ultimately, though, the goal is to amass the most formidable stable of fighters for the final showdown, where the champion will be decided by their final KO score. 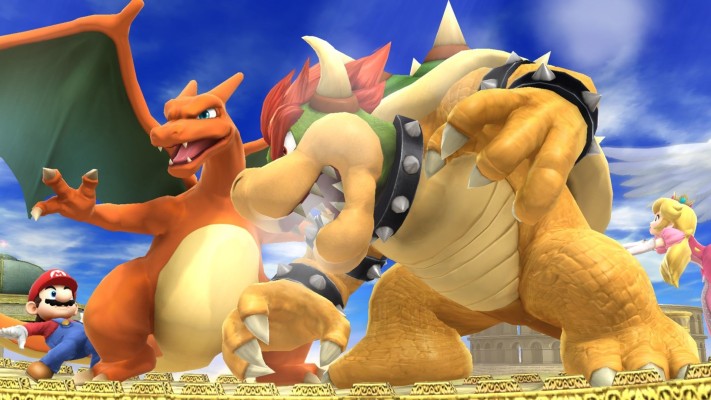 The catch is that everyone takes their turns at once, making for a frantic rush for any and all fighters, items, or tactical positions on the board. You’ll have to think on your feet in order to beat your opponents to the most desirable tiles and also be prepared to duke it out under any number or random rulesets should you collide with another player on the board; one battle may unleash you into a stage full of nothing but warp stars, while the next might pit you against Xenoblade Chronicles’ Metal Face in pursuit of a massive stat boost. Smash Tour is a whirlwind of Nintendo chaos, but it’s made of exactly what makes Super Smash Bros. so magical — history.

There’s a learning curve, but once you wrap your head around the frantic gameplay and split-second decisions of Smash Tour, it’s a lot of fun. Beneath the chaos and unpredictable challenges lies some surprisingly deep strategy; do you pass up the fighter closest to you for one of your favorites further away? Which items should you use to foil your opponent’s plans? What kind of powerups should you be looking to pickup before the final showdown? Smash Tour is a great change of pace for the weary warrior without completely removing the title’s inherent competitive edge. 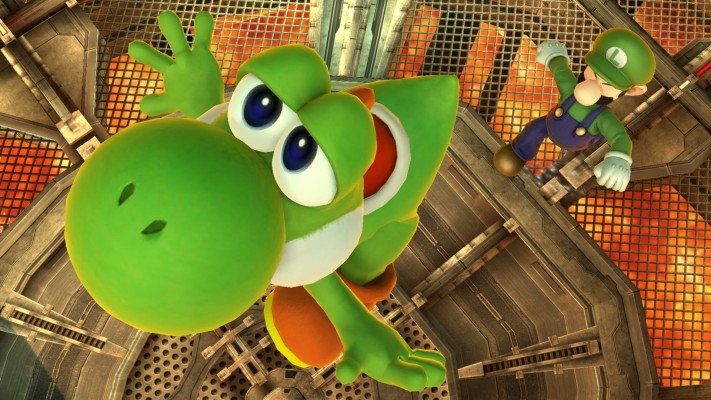 Another new addition to the Smash Bros. family of game modes is Special Orders, a collection of high-stakes challenge battles which offer various rewards. You can choose from two different challenge types: first is Master Orders, which has you spending gold to take on a single challenge for a prize, and losing everything if you fail. Then there’s Crazy Orders, which has you racking up rewards by winning consecutive battles within a time limit. More victories means more prizes, while losing once sends you home with next to nothing, but in order to snag the full reward you’ll have to take down Crazy Hand itself in a stamina battle Smash vets will be more than familiar with. Special Orders is easily the most robust and focused collection of challenges the series has ever seen, and any player looking to test their mettle will undoubtedly revel in it.

Super Smash Bros. for Wii U is absolutely loaded with new features and challenges, but the one that will likely intrigue players most is the brand new 8-player Smash. As the name suggests, this mode throws eight fighters into one extra large stage, where action is more chaotic and crazy than ever before. Despite some skepticism, any worries that eight players may simply be too much for one fight were quickly and confidently thrown in the trash once the action kicked off. It’s chaotic, sure, but doubling the participants actually doesn’t hinder the experience, and in fact provides grounds for even more outrageous and awesome spectacle than usual. The framerate holds up beautifully as well, which is an amazing feat. 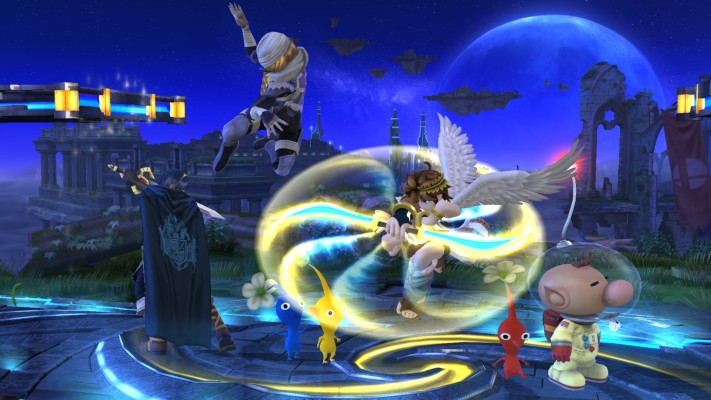 Super Smash Bros. for Wii U doesn’t stop there. After its curious omission from the 3DS version of the game, Event Challenges are back with a bang here and better than ever. Smash Wii U’s more inclusive roster means the events have more history and inspiration to draw from than ever before, and the resulting scenarios are creative, thoughtful, and downright delightful. The designers have somehow managed to build entire challenges around the features and abilities of individual fighters; one particularly notable example challenges you to use Jigglypuff’s ‘sing’ move to put the kids (Bowser Jr., Villager, and Ness) to sleep.

Stage Builder also makes a return in Super Smash Bros. Wii U, made more accessible thanks to GamePad integration. Using the stylus to construct an original Smash stage is a great bonus for the more creatively inclined players, lending a much more responsive and streamlined experience in comparison to the mode’s debut in Super Smash Bros. Brawl. Unfortunately, the Stage Builder is once again disappointingly shallow, lacking any series-specific features like DK barrels or question blocks. The results, while still unique to you, are inevitably bland, and it seems a wasted opportunity to provide a much more rewarding and expressive tool. 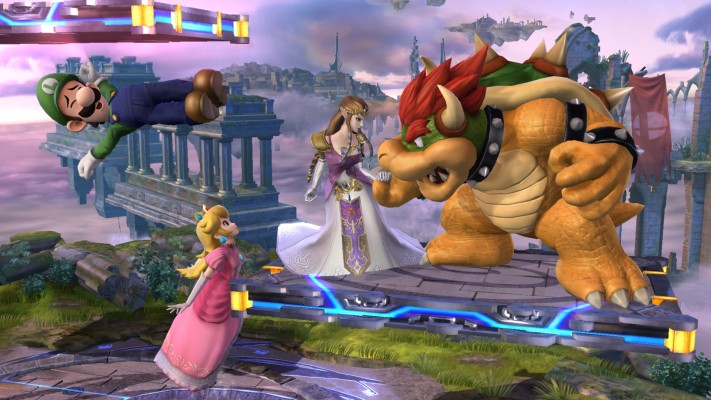 The supply of content in Super Smash Bros. for Wii U seems endless, easily justifying the price tag. Along with the aforementioned modes are series staples like Classic, All-Star, and Tournament and Super Smash Bros. for Wii U also contains the most expansive collection of trophies in the history of the franchise. Plus, you can scan your favorite amiibo and fight alongside it, train it up, personalize its moves, and bring it with you wherever you go. You’ll always have something to do in this game, and that’s even before you take things online.

The “For Fun” and “For Glory” separation returns following its debut on 3DS, giving players the choice of ranking-free traditional item-laden Smash battles with opponents from around the world and ranked, item-free battles respectively. Nintendo has promised more robust online options after launch, but for now what is there is sufficient. It’s a little disappointing to have voice-chat restricted to friend lobbys yet again, but ultimately a sacrifice worth making if the game can maintain its butter-smooth framerate online. Besides, the new 8-player Smash mode has reiterated just how fantastic Super Smash Bros. is as a couch game, so for many online brawls will be an afterthought. 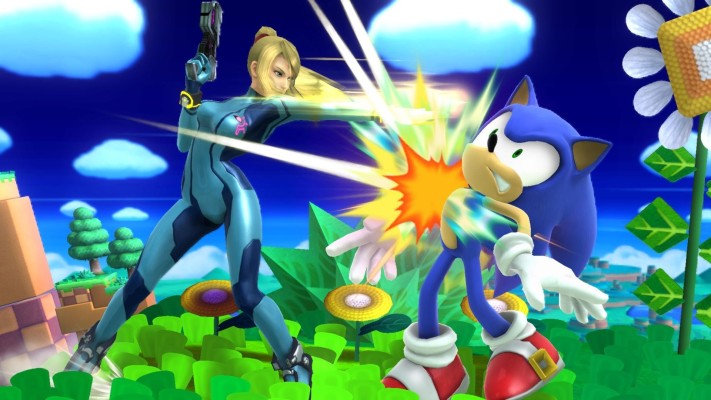 There was little doubt Nintendo would deliver its absolute best with Super Smash Bros. for Wii U, but somehow the Japanese company has managed to blow past the expectations for a title of this magnitude. Gorgeous, addictive and absolutely exploding with content, this is the ultimate Super Smash Bros. experience. Though the stage design tool is once again lacking and Smash Tour will be hit or miss for some, you’ll still be playing this for years to come. Super Smash Bros. for Wii U is a perfect poster child for the charm, polish and pedigree Nintendo is known and adored for, and should be celebrated as such.