Idea Factory International announced today that Hyperdimension Neptunia Re;Birth2: Sisters Generation will be released both physically and digitally for the PS Vita on January 27 in North America. It available for download a day later in Europe and in stores on January 30. It was also revealed that the title title will be compatible with the PlayStation TV. Additionally, the box art was also revealed which can be seen below.

Read our review of Re;Birth1 here. 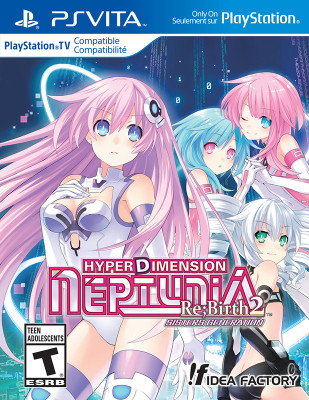