Feudal Japan: a time of rigid stratification, shifting alliances and…demons? According to Onikira: Demon Killer, that’s exactly the case. While some parts of the country are likely concerned with who their daimyo is and what their taxes will be like for the upcoming year, you find yourself in the middle of an invasion of the hellish variety. As Jiro, a blade-wielding badass with a penchant for punishing the paranormal, you’ll free the land from the grip of fearsome enemies in dynamic and rewarding 2D beat ’em up action.

Onikira wastes no time dropping you into the action. The far-off sounds of destruction pique the interest of your character and you embark immediately to kick the horrors back into whatever portal they crawled out of. The game wears its Devil May Cry influences proudly, boasting a number of weapons from the default katana to a long-ranged polearm, speed- and mobility-heavy fist weapons and a devastating heavy weapon, as well as a combo meter that scales up from D-rank to S-rank depending on your performance. Stylishly and effectively disposing of the ravenous riffraff earns you points which translate into a higher ranking at the end of each level. Combat controls pretty intuitively, and switching between weapons feels fluid and satisfying. What better way to assert your claim than by dragging a handful of ambulatory corpses into the air with your naginata before reducing their bones to powder with your tetsubo? 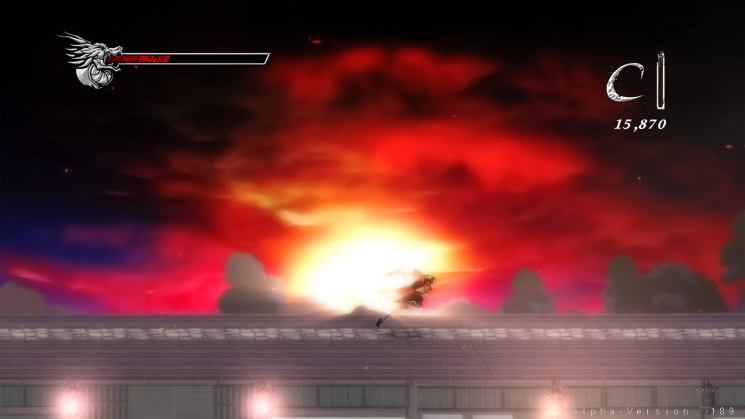 As you move from area to area, you find yourself barred from progressing by spires from below. Between these spires spawns wave after wave of enemies of all sizes and flavors, from floating, projectile-barfing eyeballs to gigantic monsters reminiscent of Silent Hill’s Pyramid Head. Jiro is an extremely talented fighter worthy of ancestors Bayonetta and Dante, and carving up the opposition is straightforward and enjoyable. Chaining together abilities is simple enough, but the variety allows for personalized combos to reign over preordained sets of moves.

Enemy types force you into different playstyles, keeping combat fresh and interesting as different compositions are spawned to impede Jiro’s progress. The first boss – a gigantic, armor-plated skeleton with an eye in its abdomen – forces you to make use of your dodge ability and make judgment calls about prioritization, and is a fun change of pace from the other enemy types. As you explore, you’ll come across secrets including souls – a currency for ability upgrades – and health upgrades hidden in nooks and crannies.

Visually, Onikira is striking and interesting: the character and enemies are sharp, with glow and slashing effects abound. Context-friendly environments are detailed and worth taking a pause to look at, from the ruined cities to tranquil mountains. Enemies are visually diverse as mentioned above, and the boss monster encountered in the demo is imposing and unsettling. In combat, the animations are fluid and really make you feel like a badass as you carve up your foes. 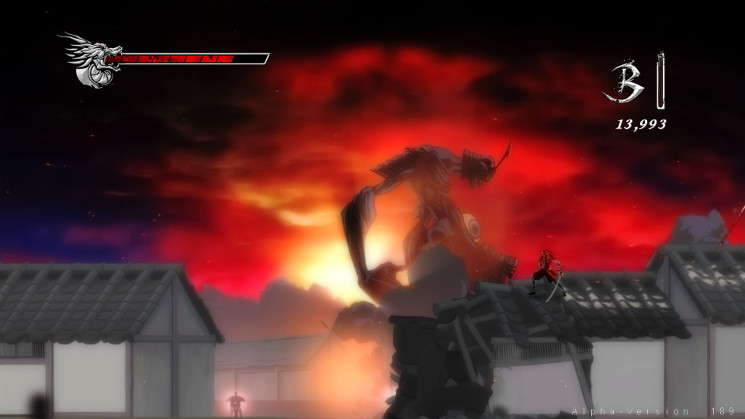 The sound design is on point, too, with each weapon and attack having a satisfying and appropriate whoosh or crunch. A high-energy soundtrack pumps through the back as you venture onward, wall-jumping and overhead-smashing as you look for answers regarding the invasion. While there isn’t voice acting — an acceptable oversight for developers lacking AAA budgets — everything already in game more than makes up for it.

The indie developers behind Onikira, Digital Furnace Games, have obviously put a ton of work into the game and despite a few small glitches (music not playing on certain runs) in this early build, have delivered an enjoyable experience. I’m looking forward to what the full version of this stylish and fast-paced game will bring.